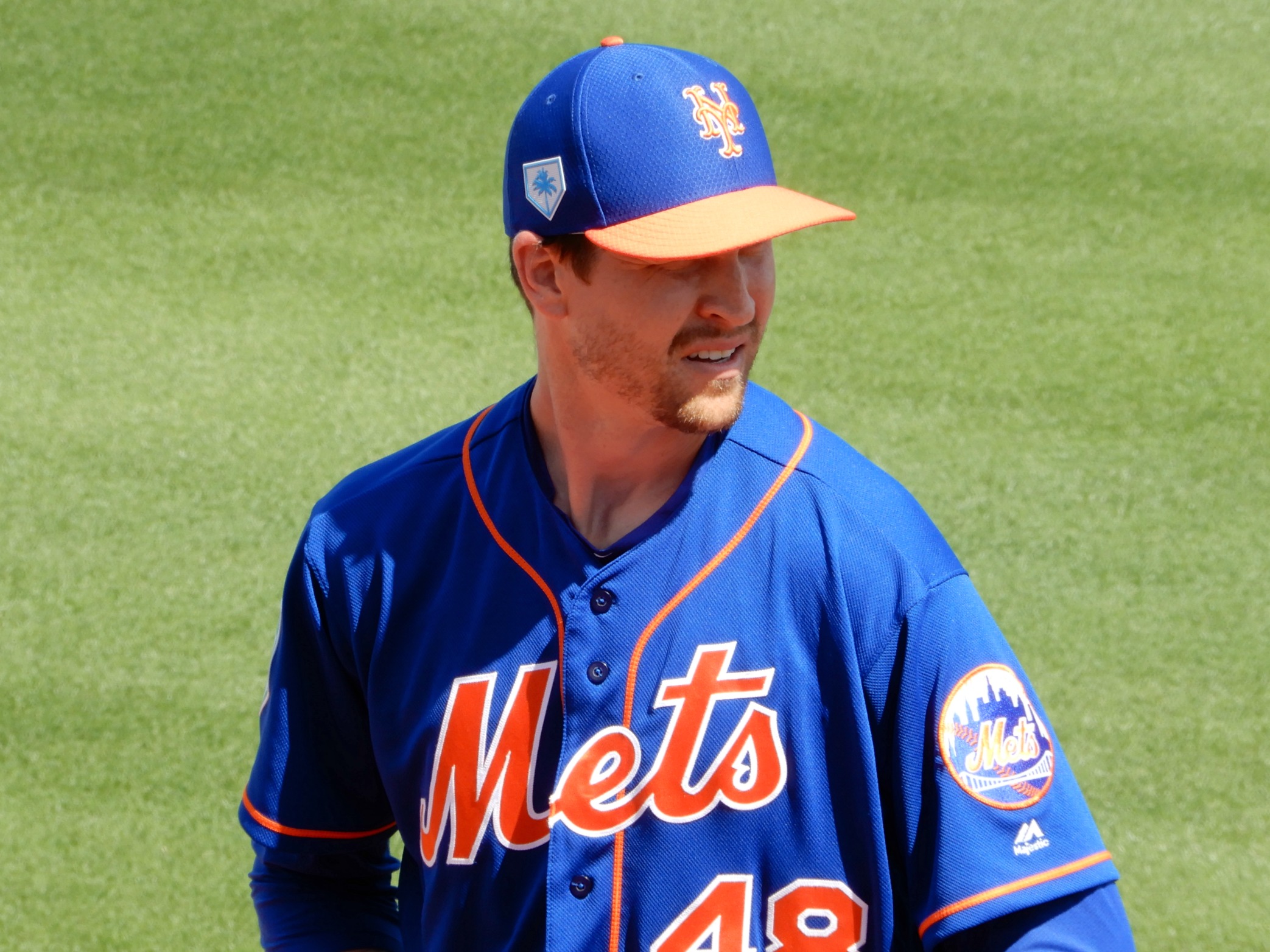 Rangers’ fans received an early Christmas wish on Friday as the club locked down pitching superstar Jacob deGrom. The deGrom deal lasts five years with a sixth-year option (2028) for a total of $185 million (with financial terms undisclosed). The Mets drafted deGrom in 2010 from Stetson University, and he spent the last nine seasons in a Mets uniform. Now he’s taking his talents to Arlington to become the future ace of the Texas Rangers. “We are thrilled that Jacob deGrom has decided to become a Texas Ranger,” Rangers General Manager Chris Young said on Friday. Ray Davis and the Rangers ownership group promised a big splash, and they delivered.

And Jacob deGrom is a Texas Rangers pitcher for five seasons.

My gut instincts were a little too quick. There’s the early Christmas gift Rangers fans. https://t.co/lxjYQ6PNNN

The accolades for deGrom are incredible. In Jacob’s nine seasons, he won National League Rookie of the Year (2014), made four All-Star teams (2015, 2018, 2019, 2021), won two Cy Young awards (2018 and 2019), finished in the top ten in Cy Young voting six times, and finished in the top ten in MVP voting twice. In his career with the Mets, deGrom struck out 1,607 batters in 1,326 innings (5,217 batters faced). In addition, Jacob managed to keep his career WHIP with the Mets below 1.00 (0.998). Therefore, walks haven’t been as much of a problem considering the life on his pitches. deGrom started in five postseason games, including a six-inning and two-run performance during the 2022 wild card Game 2 against the San Diego Padres (took the loss in the game).

It sounds like a fantastic deal where Rangers fans are now sitting on clouds. What’s the catch? Well, there’s no secret that the problem for Jacob deGrom is staying healthy. In his nine seasons, deGrom has made 25 or fewer starts five times and made 38 starts combined in the last three seasons with the Mets (Martín Pérez made 32 starts in 2022). The question becomes how healthy deGrom will be in his five seasons. I’m sure that’s what steered a few teams away and why the deal included more years with a manageable dollar amount compared to the potential deGrom could have received on a short term deal. Then it got me thinking. Injuries are part of the game and happen unexpectedly to anybody. Sure, some guys are more injury prone than others, but anytime you sign a big contract or trade for a mega player or even bank of a high-class draft pick, there’s always an injury risk involved. It was a risk the Rangers were willing to make.

Nevertheless, Jacob deGrom will report to Surprise in mid-February, uniting with his Rangers teammates for Spring Training. For the record, Jacob deGrom made one career start in the Arlington area (June 6, 2017, at now Choctaw Stadium). Unfortunately, the start didn’t go well, as he allowed a career-high eight earned runs in four innings. The Rangers visit Citi Field August 28th-30th.

Your projected Texas Rangers rotation (with no new signings):

Another quality Jacob deGrom brings is experience. He has the postseason starts under his belt, along with the pressures of the day-to-day New York sports experience. deGrom can become an excellent mentor to the younger pitchers coming up when their time comes (Jack Leiter, Kumar Rocker, Brock Porter, etc.), similar to what Martín Pérez and Jon Gray are to guys like Dane Dunning, Glenn Otto, Cole Ragans, and others. Plus, deGrom has the David Wright sense of humor he got back when Jacob was a young pitcher getting his feet wet in the big leagues. So now the Rangers award for the most intriguing individual may shift to the new guy on the club. Check out Stephanie Apstein’s cover story this past July on Jacob deGrom.

There’s an indication from Chris Young that the Rangers haven’t finished their off-season shopping. The Rangers bolstered the rotation with Jacob’s addition, but Texas could be in the market for another starting pitcher. I will say that the likelihood of Carlos Rodón heading to Arlington dwindled slightly, and I don’t anticipate Texas adding Carlos after deGrom signed. However, there’s curiosity if the Rangers will use their resources for trade or go out and buy another rotation piece. Texas does have internal choices for their fifth starter with Dunning, Otto, and Ragans to add with deGrom, Martín, Jon Gray, and Jake Odorizzi, but the question is how much will the Rangers break the bank to finalize their rotation? There are still two and a half months to find out this question.