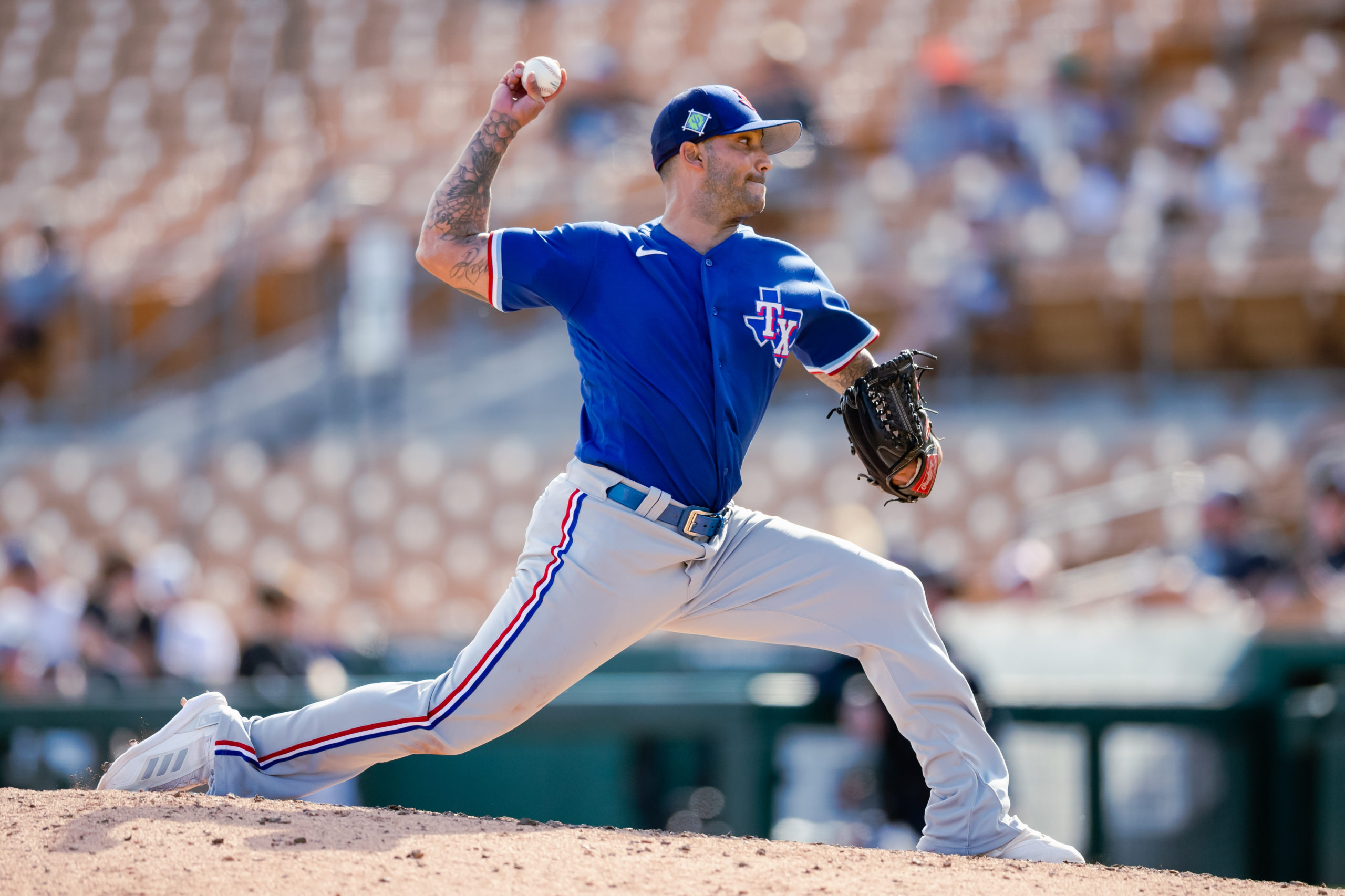 Rangers make one deal at the deadline — Was it the right move?

Rangers make one deal at the deadline — Was it the right move?

The trade deadline passed and the Rangers’ day was suspiciously quiet. Heading into the week, two leading names kept popping up in potential trades (or most likely dealt): Martín Pérez and Matt Moore. Martín came off his first All-Star appearance while Matt Moore had one of his better seasons in an 11-year career. On Monday, the Rangers made a deal with the Milwaukee Brewers for Matt Busch which surprised almost everyone. After that, crickets and the Rangers entered Tuesday’s contest against the Baltimore Orioles with one subtraction off their twenty-six-man big league roster. “As you see in the market, players on expiring contracts get low returns in terms of the players back. We weren’t going to be at the whim of the market. We weren’t going to take the best offer at the last minute,” Jon Daniels said. “We were going to hold a pretty high bar for a variety of reasons.”

Trade not official yet but looks like this per @ByRobertMurray:

The Rangers are also interested in extensions for both Martín and Matt. “We’re interested in retaining both players in the future and keep that avenue open as well,” Daniels said. “We feel from a long-term standpoint. We’re still in good shape in terms of having the flexibility and options financially with young players to do what we want to do.” Ultimately, the Rangers’ approach was to market a few guys, see what other teams are willing to offer, and if it’s eye-opening like the Brewers, and take it. If the offer doesn’t sound reasonable, reject the bid and move on. It sounds like a simple strategy, but you can turn to the Washington Nationals and San Diego Padres deal where it appeared the Nationals were desperate to trade away Juan Soto and add Josh Bell to the mix.

Texas was also too far back in the standings to shop rentals and high-class guys like Juan Soto. However, the Rangers’ farm system is packed with young talent, so it could be a blessing in disguise that a deal between Texas and Washington wasn’t going to happen. “There were a couple of key targets that we pursued pretty heavily, primarily starting pitching,” Daniels said. “There were a couple of individuals that we pursued, but it came down to the bid and the ask.”

Miami held on to Pablo López, the Giants kept Carlos Rodón and other starters remained with their clubs. Again, you don’t want to get greedy and wind up making a terrible deal, but at this point, the Rangers need to look at extending both Pérez and Moore.

And there’s Passan clearing up the Martín portion.

It was clear that the Rangers will target starting pitching in the offseason. “It’ll be our clear top priority,” Daniels said. With Jon Gray going down on Monday and the timetable set for most of the remainder of the season (4-6 weeks total; 2-4 weeks before throwing activity and a separate 2-4 weeks to build Jon back up), the Rangers are auditioning for future starting pitchers to consider for 2023. I would say hanging on to Pérez and Moore were good decisions if extensions are done. It becomes exceptionally problematic if the Rangers can’t get an extension, especially since Martín made it public that he wants to stay in the organization. One thing I’ve learned, sometimes silence is the best response. Hopefully, silence works out for the Rangers’ future.