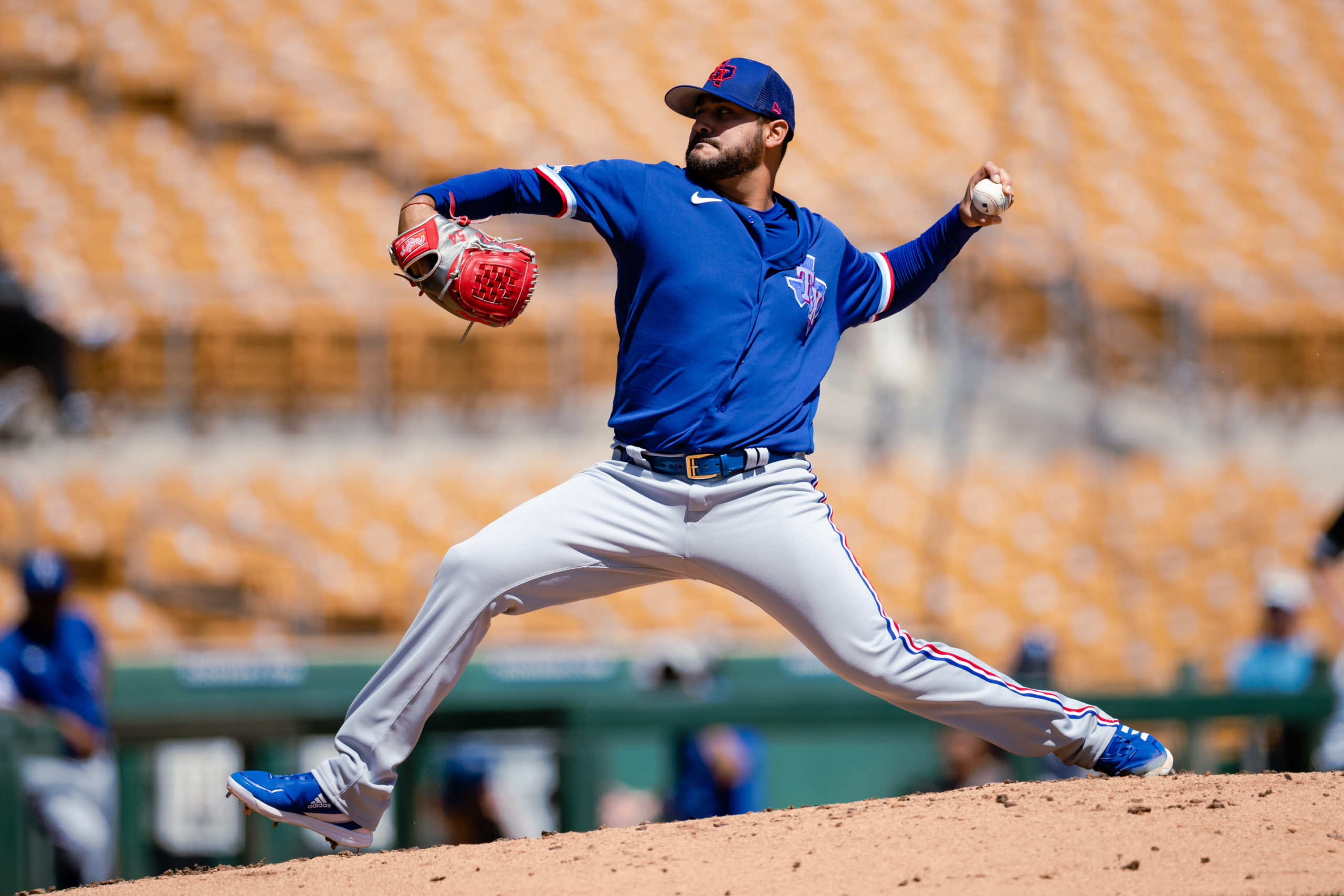 On Sunday, the league announced their All-Star teams for July 19th in Los Angeles. Martín Pérez was on the list, and for the first time in his career, he’ll have his own All-Star jersey.

“It was good to know that I’m going to represent the Texas Rangers in the All-Star game,” Martín said after Sunday’s contest against the Twins. “I was not thinking about that. I was focused on pitching. If you go out there, you have to perform. No matter what, the numbers are going to be there, and [they’ll] decide for you or not. I have the chance to go out there and represent the family, teammates, and the organization.”

A lot of smiles from Pérez with his teammates clapping for him. You can see the delight in his eyes and face. #Straightuptx pic.twitter.com/i1DaZhveVF

Martín won the American League Pitcher of the Month in May, a month where he allowed three runs in forty-two innings. In June, he had a struggling outing in Chicago which inflated his numbers for the month, and in July, Pérez had an okay outing against the Mets and a start against the Twins, where Minnesota pegged him for six runs. “I’m proud of him. He’s put a lot of work to get to this point, and to be ten years into your career and you get your first All-Star game is special,” Rangers manager Chris Woodward said.

In 2013, Martín Pérez finished sixth in the American League in rookie of the year voting. He threw 124.1 innings, with the Rangers posting a 3.62 ERA and a 1.335 WHIP. The Tampa Bay Rays, Wil Myers, won the award in 2013, but ten years later, Martín is back and representing his club at Dodgers stadium. “The conversations I had with him were special, especially with what we’re trying to accomplish here,” Woodward said. “You can see it in his outings, bullpens, and frame of mind; everything was leaning towards [success]. For a guy that has had that kind of career, and he’s ten years into his career, he’s put so much time and effort in so many areas of his life and career, you can see it coming.”

“It’s a chance for me to represent Texas,” Martín said. “But one thing I said to my teammates early in the meeting is, I’m going to go out there and do my best, but also I’m going to come back, and we have a job to do. It’s not over yet [and] we have a chance to make the playoffs and finish strong.”

In addition to the All-Star selection, Martín Pérez proposed to his girlfriend last night and is now engaged. #straightuptx pic.twitter.com/JNvgjBVXwd

Did the Rangers have any All-Star snubs?

Almost every team can make a case for at least one snub (maybe a few can’t). For the Rangers, two likely come to mind. One is Matt Moore, though long relievers typically don’t get consideration compared to closers. The other is Jonah Heim. The Blue Jays Alejandro Kirk won the fan-voting starting job, while former Ranger Jose Trevino won the reserve spot. “I’m proud of Jose, and Jose is dear to me,” Chris Woodward said. “I’m not going to pit one against the other, but the numbers speak for themselves. Everything [Jonah] has done offensively is phenomenal, and everything he’s done on the catching side, he’s been tremendous. He’s been a complete package.”

“I’m happy for [Jose],” Jonah Heim said. “We built a good connection last year, and I wish him the best. He’s having a great year. I’m happy for him. It’s a big opportunity for him to go out there and show that defense and offense can have a spot in baseball.” In comparing the numbers, Jonah has the edge offensively, while Trevino’s framing and catching override Jonah’s. It’s a close race to were either one deserved a spot.

The Rangers will finish the unofficial first half with seven divisional games against Oakland and Seattle and then begin an eleven-game, four-city road trip starting in Miami on the twenty-first.