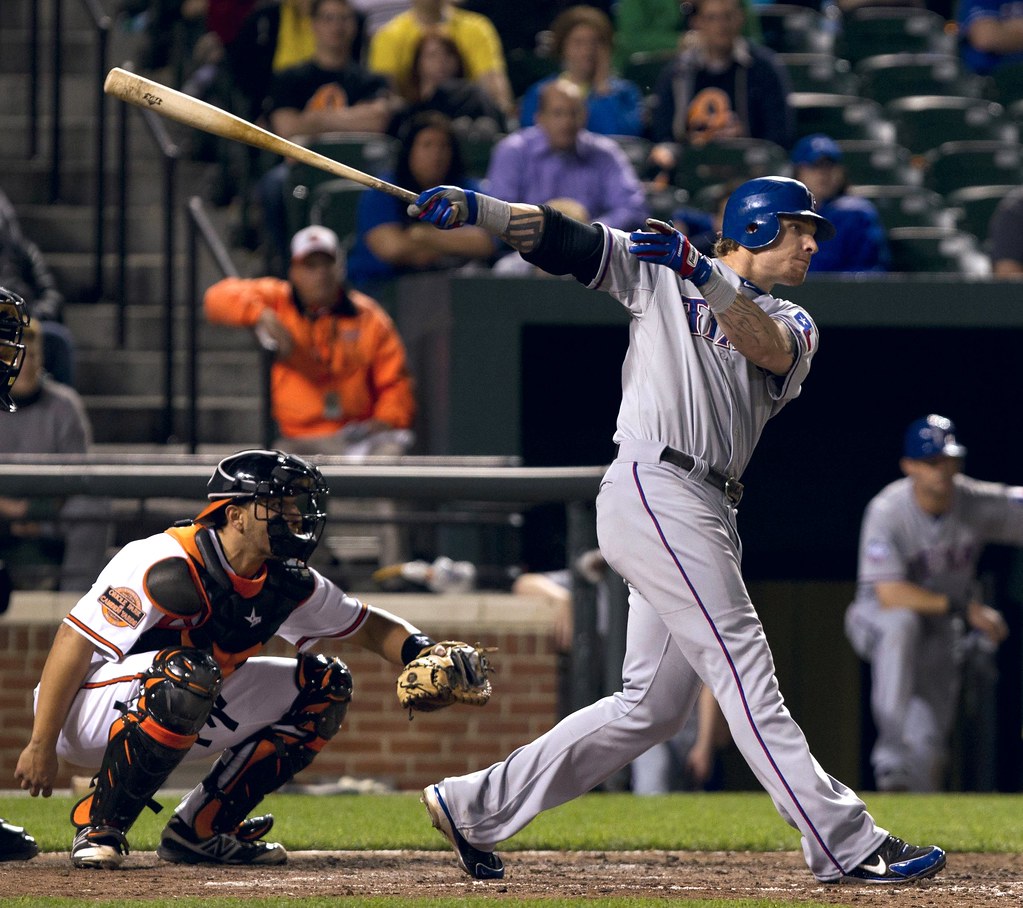 Josh Hamilton is one of the most enigmatic players in Major League Baseball history.

It’s hard to pinpoint a player, especially in the modern era, that had an elite level of talent on the field, and yet, struggled so much off it.

That’s how I remember Hamilton. He’s one of the five best players in Texas franchise history in my opinion, and it seems the Rangers agree- they’re inducting him into the team’s Hall of Fame before the August 17th game against the Minnesota Twins.

There’s plenty of fantastic memories to choose from from the superstar’s six total seasons with the team. Whether it’s a then-record 28 homers in the first round of the 2008 Home Run Derby, or a then-record-setting 470-foot bomb against Houston in a 2010 American League MVP campaign, there were no shortage of fantastic individual moments on the field.

However, when I look back on his career, there’s one week in particular I believe was a microcosm of his career- on and off the field.

On July 7, 2011, in a home win over Oakland, Hamilton tossed a ball nonchalant to a fan and his son sitting in the front rows of the left field box seats at Rangers Ballpark.

Tragically, Shannon Stone, a 39-year old firefighter from Brownwood, flipped over the railing and fell 20 feet after reaching over guard railing for Hamilton’s throw. He died on the way to the hospital.

For a player whose life had already been marred by the lows of chronicled and highly publicized history with alcohol and drug abuse, it was a crushing blow. Hamilton was reportedly, and obviously,  distraught after the game.

He stayed in the lineup for the team’s next game against Oakland, but was clearly distracted, turning in a 1-5 performance in a Rangers win.

But, two nights after the incident, Hamilton continued the theme that defined his career to that point: overcoming adversity and rising to greatness.

Hamilton came up with Texas trailing 6-5 to a struggling A’s team. Aside from the tragedy, Texas was riding a five-game winning streak at this point, and looking to establish a firm grasp atop the American League West Division standings.

Sitting on a 2-0 count, Hamilton crushed a poorly located Andrew Bailey fastball and hit a walk-off two-run home run for a 7-6 win.

It was clear: Hamilton was in the zone again.

That was the first home run allowed by Bailey, once an elite closer, to that point in the season. But as teammates mobbed Hamilton at home plate- it was clear their support went far beyond that statistical novelty.

Throughout his well-chronicled story, Hamilton could’ve rolled over to so much adversity in his life. But as that home run showed, he had an uncanny ability to put it all behind him for unprecedented success on the baseball field.

Texas went onto lose the World Series in seven games to St. Louis that year, but Hamilton was a huge part of the team’s playoff run. Perhaps more importantly, in September Stone’s wife and son, Cooper, returned to the ballpark to throw out the first pitch. They embraced, and it was clear: all parties were at peace with the tragedy.

It wasn’t the first time Hamilton had done so.