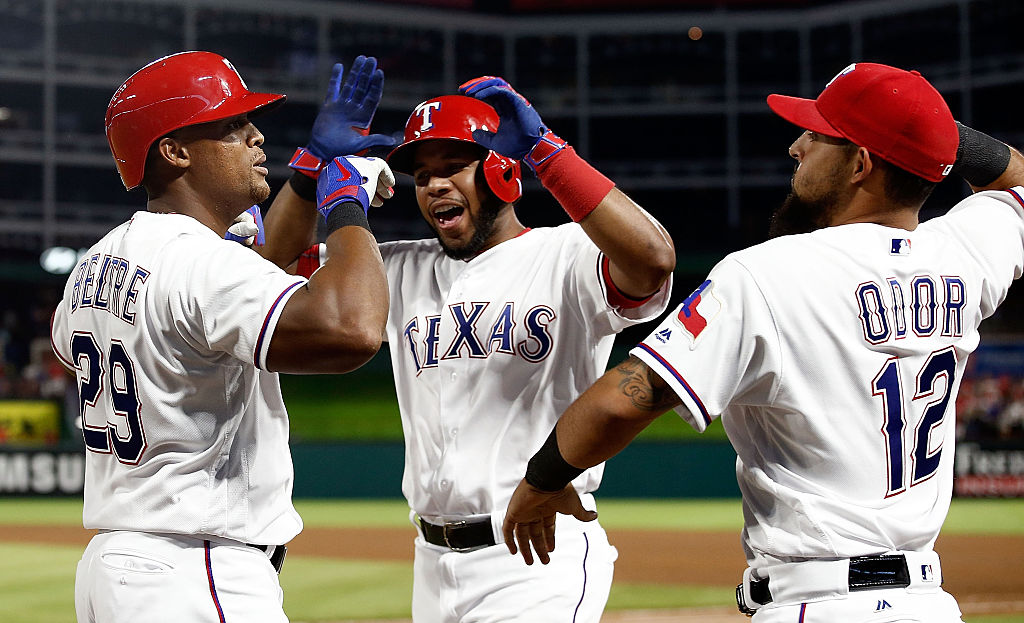 With the 2018 MLB Amateur Draft in the rear-view mirror and the decisions of the July 31st trade deadline looming large, the Texas Rangers front office has tough decisions of their own ahead of them. These decisions could vastly determine changes, top to bottom, that the organization will see over the next year and how successful a potential re-build would be for the Rangers.

The Rangers farm system is becoming more crucial the way the 2018 season has been going for the Arlington-based club. Texas sits dead-last in the American League West (18.0 GB) with a 27-43 record overall and a 3-7 mark in their last 10 games.

However, looking at the four major teams in the Texas Rangers farm system and how they are currently faring in the 2018 Season, it’s reflective of the struggles at the MLB level as well. The playoff scenarios will differ with the separate minor-league levels, but the first-half comes to a close for Double-A and below in the next few weeks.

With familiar names in the lineup such as Ryan Rua, Hanser Alberto, Drew Robinson, and Willie Calhoun, the Express have steadily improved over the last month. They are 6-4 over their last 10 games, Round Rock has won four straight series including taking three of four from Las Vegas last weekend. With the trade deadline looming and with MLB tested individuals and the organization’s top prospect (Calhoun) on the roster, the Express will be the team effected the most over June and July.

The past week has been rough on the Rangers closest minor-league affiliate, losing their last four games and posting a 1-6 record over the past seven outings. Not to mention, because Frisco lost their everyday catcher Jose Trevino to the Rangers via the call-up Friday, things will not get any easier in the coming days.

The only Rangers minor-league affiliate with a winning record is also the team with four of the top prospects in the entire Texas farm system. With Anderson Tejada, Kyle Cody, and Michael Matuella, the Wood Ducks have the star-power (If the roster remains relatively similar throughout the summer) to make a push in the second half of the High-A season. But the most notable prospect is the 19-year-old outfielder, Leody Taveras, who was named a top 2 prospect in the organization by Baseball America and Baseball Prospectus. Taveras is currently hitting .251 with 3 HR and 24 RBI in 63 games, which includes a 3-4 outing earlier this week.

Sitting 6th out of 7 teams in the division, Hickory has also seen some improvement over the last month, much like AAA Round Rock. They also sit 6-4 in their last 10 games but are 10-6 in June and 4 of those loses came in a pair of double-headers. The Crawdads host the Rangers top pick from last year’s MLB Draft, Bubba Thompson (1st Round, 27th Overall), who is hitting .297 with 3 HR and 16 RBIs in 26 games in 2018.

Elvis Andrus continues to rehab his elbow fracture with Double-A Frisco, making his first appearance Monday night against the Midland Rockhounds. Elvis was injured in April after being struck by a pitch in the bottom of the 9th during a 7-2 loss to the Angels. In four appearances for Frisco, Andrus has posted a .071 batting average (1-14 AB), with a walk, strikeout, and the one single. It’s Elvis’ first stint in the minor leagues since he was plucked from Frisco straight to the majors in 2008. At this point, it shouldn’t be the end of the world that he has not performed. It’s called a rehab stint for a reason, it’s not supposed to be easy to comeback from a broken arm and return to mid-season form. Especially with only 14 games under his belt before the injury happened.

Willie Calhoun has been seeing the ball well lately, reaching his highest batting average of the 2018 season, and having multiple base hits in his last four games. Calhoun, who was acquired in the Yu Darvish trade last year, has struggled at the plate throughout this season. He has now raised his average to .282 with 6 HR and 26 RBI in 64 games for the Round Rock Express.

As mentioned previously, the Rangers have elected to call up a number of individuals to the major leagues. Yohander Mendez, the number five prospect in the organization (BA & BP), starts on Friday night against Colorado and Yovani Gallardo will start on Sunday against the Royals. These moves are in effort to shake up the struggling pitching rotation and also replace the injured arm of Doug Fister. Other call-ups include top prospect Jose Trevino to add another catcher and bench bat for Jeff Banister to utilize. Also, with Chris Martin and Martin Perez both heading to the disabled list, the Rangers called up reliever Brandon Mann, and claimed 28-year-old righty Deck McGwire off waivers from the Blue Jays.