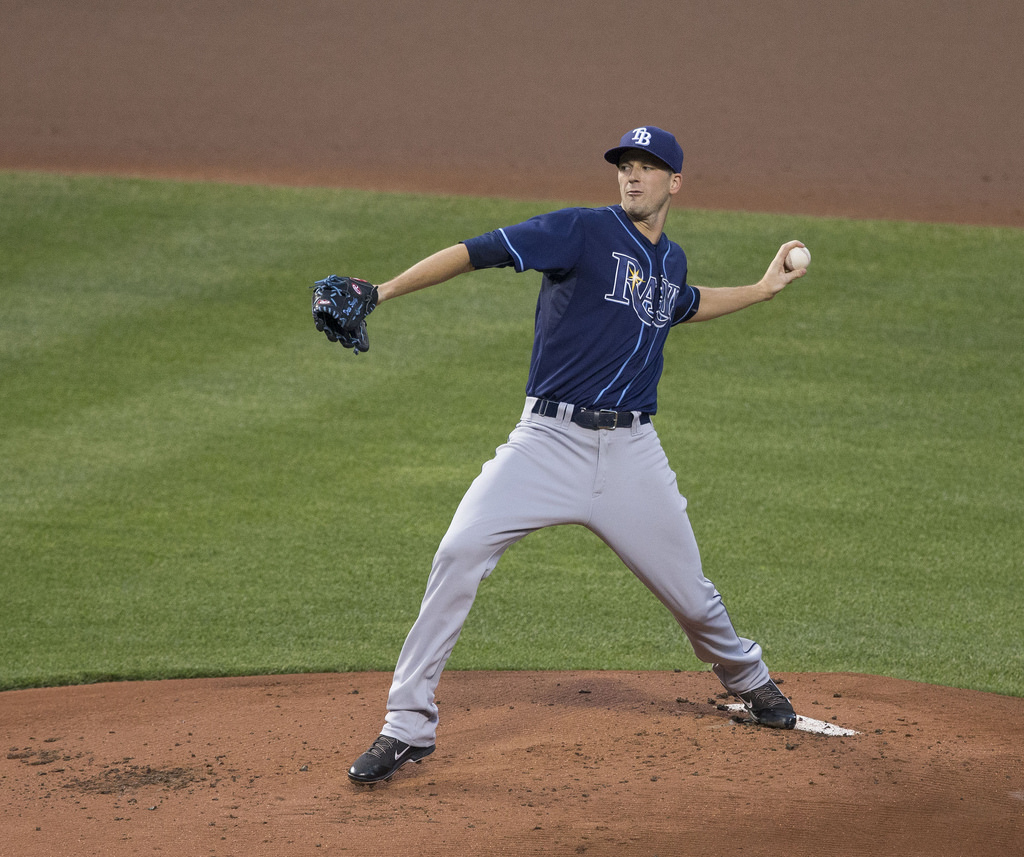 Lost in the managerial hire of Chris Woodward, the Rangers made an extra move on November 2nd. The Rangers and Cubs made a trade that involved the Cole Hamels deal that went down back in July. The Cubs picked up Hamels’ 20 million dollar option and traded left-hander Drew Smyly to the Rangers. In doing this deal, the Cubs freed up seven million dollars of payroll. Plus, the Rangers are not required to pay Hamels a six million dollar buyout due to the trade. In addition to Smyly going to the Rangers, both teams each acquired a player to be named later.

To those of you, Drew Smyly sounds like a familiar name. Smyly was a second-round draft pick of the Detroit Tigers back in 2010. Smyly was a minor league All-Star in 2011 and made his MLB debut in April of 2012. In his rookie season, Drew started 18 games, posted an ERA of 3.99, and pitched 99 innings. Coming out of the University of Arkansas, scouts raved about Smyly’s ability to mix up his pitches and control both sides of the plate against both righties and lefties. His fastball velocity was not impressive, but the vertical rise is what draws the eyes. He also features a cutter, which can be categorized more as a slider, a changeup, and a nasty curveball.

After an excellent season in the pen in 2013, and a decent half-year as a starter the next year, the Tigers made a power push at the trade deadline. In 2014, the Tigers, Rays, and Mariners made a three-team deal. You may remember that deal as the David Price trade that sent Price from Tampa Bay to Detroit. In addition, Austin Jackson went to Seattle, and Tampa Bay acquired Smyly, Nick Franklin, and Willy Adames. After he joined the Rays, Smyly was unstoppable. In seven starts, he went 3-1 with a 1.70 ERA, and oppositions were only hitting .175 against him. He followed that up with a decent 2015 season, and finally a decline in 2016. In his career at Globe Life Park, Smyly is 2-2 with a 4.10 ERA in four starts and six appearances. Drew is also 3-2 with a 3.59 ERA against the Rangers in his career.

In 2017, the Mariners landed Smyly in a trade from Tampa Bay. The Mariners sent Ryan Yarbough, who is a part of Rays manager Kevin Cash’s opener crew, and Mallex Smith, who Seattle just acquired back a few days ago from the Rays. However, Smyly did not pitch for Seattle as he underwent Tommy John surgery in June of 2017. In 2018, the Cubs signed Smyly to a two year, ten million dollar deal, but never pitched in the big leagues. Now that the Rangers acquired Smyly, it’s a question of what to expect. Smyly’s last big league game came on September 26, 2016, in Chicago against the White Sox. The one benefit of Smyly’s pitching style is that he relies on pinpoint command rather than velocity, which is helpful in recovering from Tommy John surgery.

After the succes of Mike Minor last season, the Rangers are attempting to find another diamond in the rough with Drew Smyly. The Rangers might ease in and place him as a fifth starter to get him back into the swing of things. However, if Smyly is ready to go, and his stuff shows similar to what it was in his early days with the Rays, the Rangers may have found another under the radar gem of a starter.