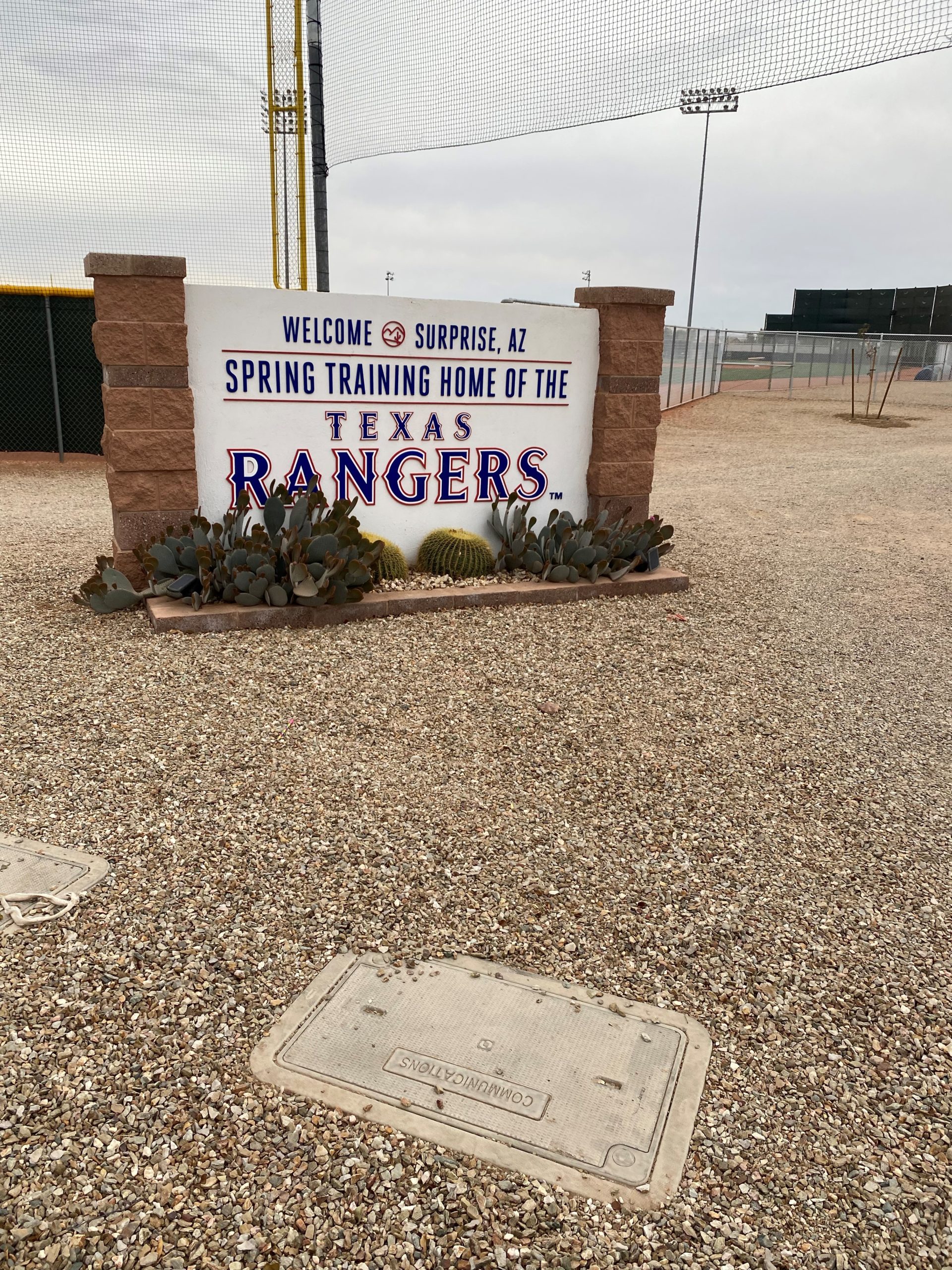 When the world went through the pandemic, society learned a lot about our everyday lives. Employers started allowing their employees to work from home, and employees could do jobs in the comfort of their own houses. Contactless delivery continues to flourish, and people can accomplish tasks with a simple finger swipe. I bring all of this up because sometimes it takes a bad or extreme situation to realize, “why do we need this?” or “we could do this the other way.” We would never know the things we could accomplish until the pandemic happened.

Take Spring Training, for example; in a typical year, pitchers and catchers report in mid-February. The first squad workout happens about a week later, and the first Spring game occurs maybe five or six days after that. Spring Training lasts about four weeks with a few days added for exhibition games, and you have about thirty-six games (with a few split-squad days mixed in).

However, with COVID-19, the 2020 Spring halted halfway through, and the 2021 schedule reduced the games by a few. The lockout delayed Spring Training until halfway in March, and with minimal postponements of the 2022 season, Spring Training is a little over two weeks with eighteen games on the schedule (and one full off-day). In talking with a few Rangers’ players, they’re already good to go, and it made me wonder, is the 2022 Spring Training setup (19-20 days) the better route for Major League baseball than the old arrangement?

Well, it depends on who you’re asking. From a hitters’ perspective, the length is likely acceptable, but that could present an issue for pitchers. “Our guys know it was going to be quick. They were going to have to ramp up,” Chris Woodward told me. “I felt bad for the guys we had to send out because I felt like it was a little unfair.” From a reliever’s perspective, you’ll get about six or seven outings in a normal spring, but with the schedule cut in half, they may get three or four at maximum. “That’s part of knowing the situation you’re coming into,” Woodward said. “That’s why it was important that these guys, without our help in doing it, had to be prepared,” I asked some pitchers and hitters their thoughts if they preferred the three weeks is better for Spring Training than the old format:

Nathaniel Lowe – “I wouldn’t mind a shortened spring. You have to give pitchers time. It’s weird not seeing guys going four, five, [or] six innings, but it is what it is.”

Jonah Heim – “I like the condensed spring. It gets the blood flowing. You don’t have that time to settle in [and] you have to get right at it. I like that aspect.” I also asked Jonah from a catchers’ perspective working with pitchers. “That’s a little tough, but we see these guys every day, and they throw bullpens every other day. [So] we get the chance to get to know them and get the games with them. It’s a little challenging, but we see these guys every day so we can have those conversations.”

Jose Trevino (now Yankees’ catcher) – “I like the way it is now. I’ve always said this as professional athletes. You should always come in prepared. I don’t think we need much time to get rolling. I understand the pitching part, but I haven’t come into camp one year where I’m not ready to go. It’s like towards the old days where guys would come in and start working out, but now guys are ready, guys have been working out, and they are ready to go day one. I like it like this, I wouldn’t mind if it’s like this, but I get the pitching part.”

I also asked Trevino about the catching side, “You already know who you have on the staff. You can get to know them on your own. That’s stuff as a professional you should be doing. For me, it was just getting to know the new guys that I haven’t talked to or didn’t know we signed, and it sped up because we had to get there so early.”

Best of luck to @HipHipJose5 with the Yankees. Great guy on and off the field. https://t.co/PT75JrA9Ed

Glenn Otto – “I’d like to think it’s somewhere between. It’s up to us to take the schedule as it is and do what we can to get ready. Our staff here has been in a big crunch because they’re the ones that set the schedule every day, and they’ve done such a good job of making everything easy for us as far as having stretch times [and] getting everything organized. [So] as much time as we have, we do the best we can to make the most of it, whether it’s two weeks or six weeks. Whether we have more of a gradual push to make sure everything is right or whether it’s like this, a shotgun spring training. It is what it is. I don’t know if there’s such thing as a perfect Spring Training duration, it is what it is, and you make the most of it.”

Spencer Howard – “It shifts more responsibility on us to come into camp further along in our throwing program. If you have a good group of people in the offseason that you’re throwing with and everyone is on the same page, then a month is perfect. For me, I did not mind it at all.” Howard also said he was curious about how the hitters like it, considering their quicker to adjust, but do they need to see more pitches during spring.

Charlie Culberson – “I think a shorter Spring Training is nice. Typically I feel like it’s more for pitchers to come in to build up their innings. The last few years, with COVID and stuff, guys have been to prepare more on their own, to build up. Max Scherzer comes in and throws five innings first day (I talked to Culberson before the Mets announced the Scherzer injury). Hopefully, it’s more of a trend going forward. I think it’s nice. Six weeks can get a little long; guys are wanting to get ready for the season. I think this time it’s pretty cool. I like it.”

Martín Pérez – I think for me it’s the best Spring Training. Six weeks is too much for us, [therefore], the lockout helped us a lot. [There’s] too many days, four weeks is enough, and you can have more time with your family, and you can prepare more for the season and Spring Training too.”

Eli White – “I think three weeks may be a little short, but everyone was prepared to come in. Everybody knew it would going to be a short Spring Training this year. Everyone was able to get their work done and come in maybe better shape than they would have with a longer Spring Training. I’m not totally against it, but I like having a little more time out here for spring. I like the normal length.”

Since the delay affected the forty-man roster players, relievers like Matt Bush came in early and are on their regular schedule. As you can tell, it’s a mixed bag between positional players and pitchers. The challenging part to gauge is how will the change affect these guys? Well, that may be a point we’ll revisit in early May when a few weeks of the regular season go by. “You won’t know that until someone is getting his butt kicked in the first month, and he’s using that as maybe a little bit of an excuse,” Chris Woodward said. “It’s a lot of pressure, but we want to win a championship, and there’s pressure in that.”