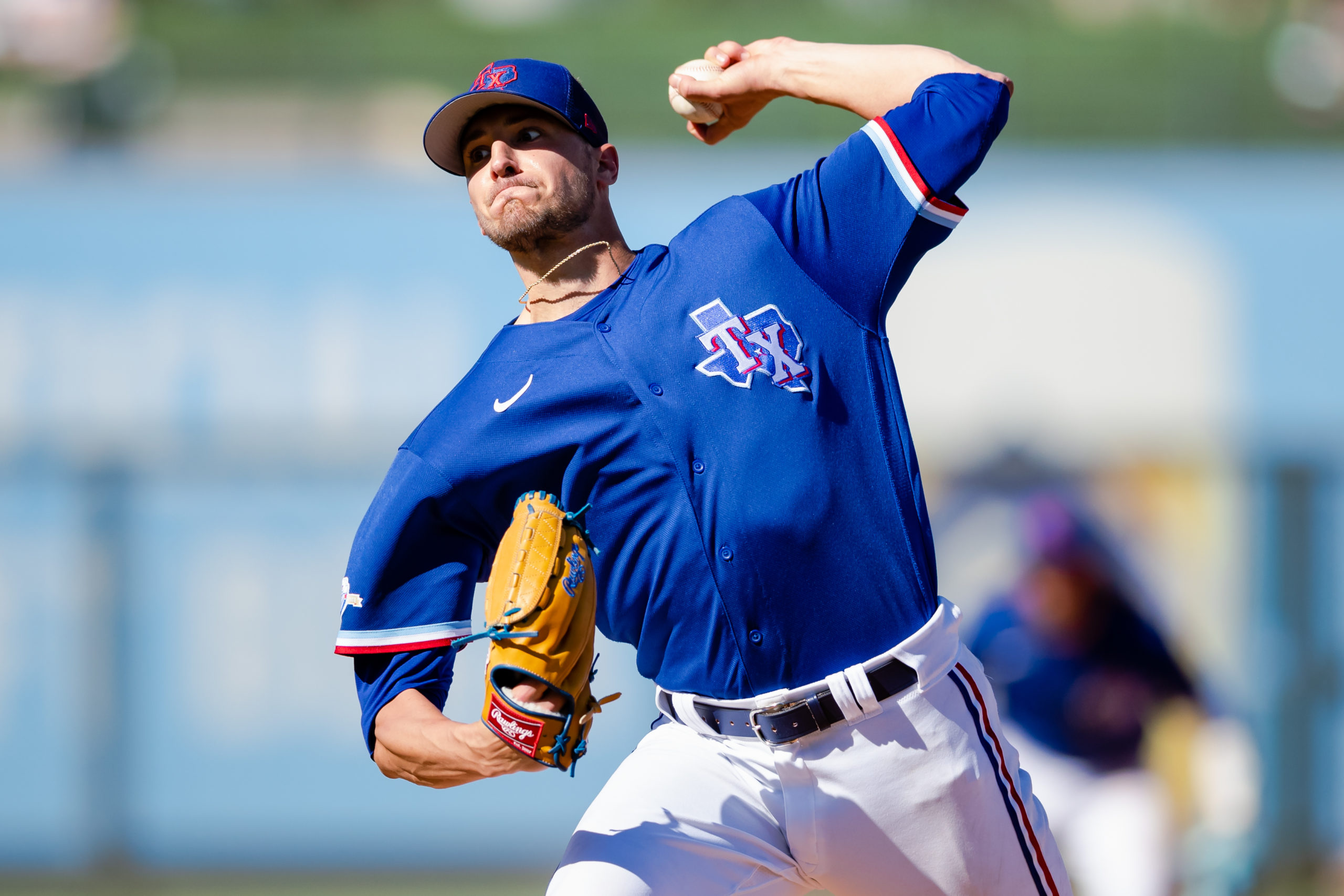 “Brett Martin, closer of the Texas Rangers. How does that feel?” I asked Brett right before the All-Star break. “Sounds good,” Brett answered. “I like it. We’ll see what happens with Joe [Barlow].” Brett Martin’s season is another in the Rangers bullpen that goes somewhat unnoticed from the outside. It didn’t start the best, allowing runs in three straight appearances to open the season. Brett’s May also didn’t turn out great, but since Martin came back off the COVID-IL, Brett has been one of the Rangers’ best arms in the bullpen.

Rangers manager Chris Woodward points to specifically Brett’s curveball as an improvement that’s helped him be more successful. “It’s always been a decent pitch for him, but he’s really kind of figured that pitch out. It’s one of the best, if not the best, left-handed curveball in the game right now.”

Woodward pointed to the curveball usage compared to the slider. Therefore, pitch sequencing helps Brett against both left-handers and right-handers. “[Brett] has used his curveball more than his slider. He’s using his slider effectively as opposed to using it too much.” In talking with Brett about the success, he pointed out trusting his stuff and being comfortable throwing his pitches. “[I’m] trusting myself, my off=speed, curveball, and stuff. [I’m] seeing the numbers in the game reports I get after the game, and it’s telling me how good my curveball is so I can trust that more instead of being scared to throw it.”

In the past, Martin’s arsenal would be fastball half the time, then mix in the slider and curveball the other half. The curveball and fastball (mostly sinkers) equate to forty percent each with a slider mixed in. The addition and high usage of an elite pitch, like Brett’s curveball, also enhances his other pitches and makes them more effective. “You put all that together, and every time he goes out, he can get anybody out.” Since June, righties have been hitting .200 against Martin while lefties are hitting .071.

Other aspects can assure a pitcher trusts his abilities and his stuff. For example, Martin told me he stood in during one of John King’s bullpen sessions a month ago. “It was disgusting. I don’t know how those guys hit,” Brett told me. “It was reassurance for me that hitting is still hard [and] they still have to hit the ball. I have to determine where it’s going [whether it’s] go down [or] go up, because you got to figure it out. That gave me more trust in myself to just attack hitters.”

Since June 1st, Martin has thrown 13.2 innings of no earned run baseball. The two runs given up have been extra-inning runs (the zombie runner scoring). Now Martin is the current closer of the Rangers with Joe Barlow pulled back and now on the injured list. “Brett was the logical choice [with] the amount of swing and misses he gets, the chase, and the experience,” Rangers co-pitching coach Brendan Sagara told me about choosing Martin as the current closer. “He’s probably as focused as I’ve ever seen him.”

Brett Martin converted in his first three save chances on the last home stand. There have been baserunners against him, but the key is two things. First, he needs to limit the walks and continue using his curveball. For Brett, I asked him what he needs to work on these next final months. “I think just building on where I’m at right now,” Martin answered. [I’ll] go and take the All-Star break, enjoy it, come back, and keep building on whatever I’ve started late in this first half.” The Rangers have decisions at the back-end of their bullpen, and Brett Martin isn’t the sexy pick. However, you can’t argue against results, and right now, Martin has done what he needs to stay in the closer’s position.