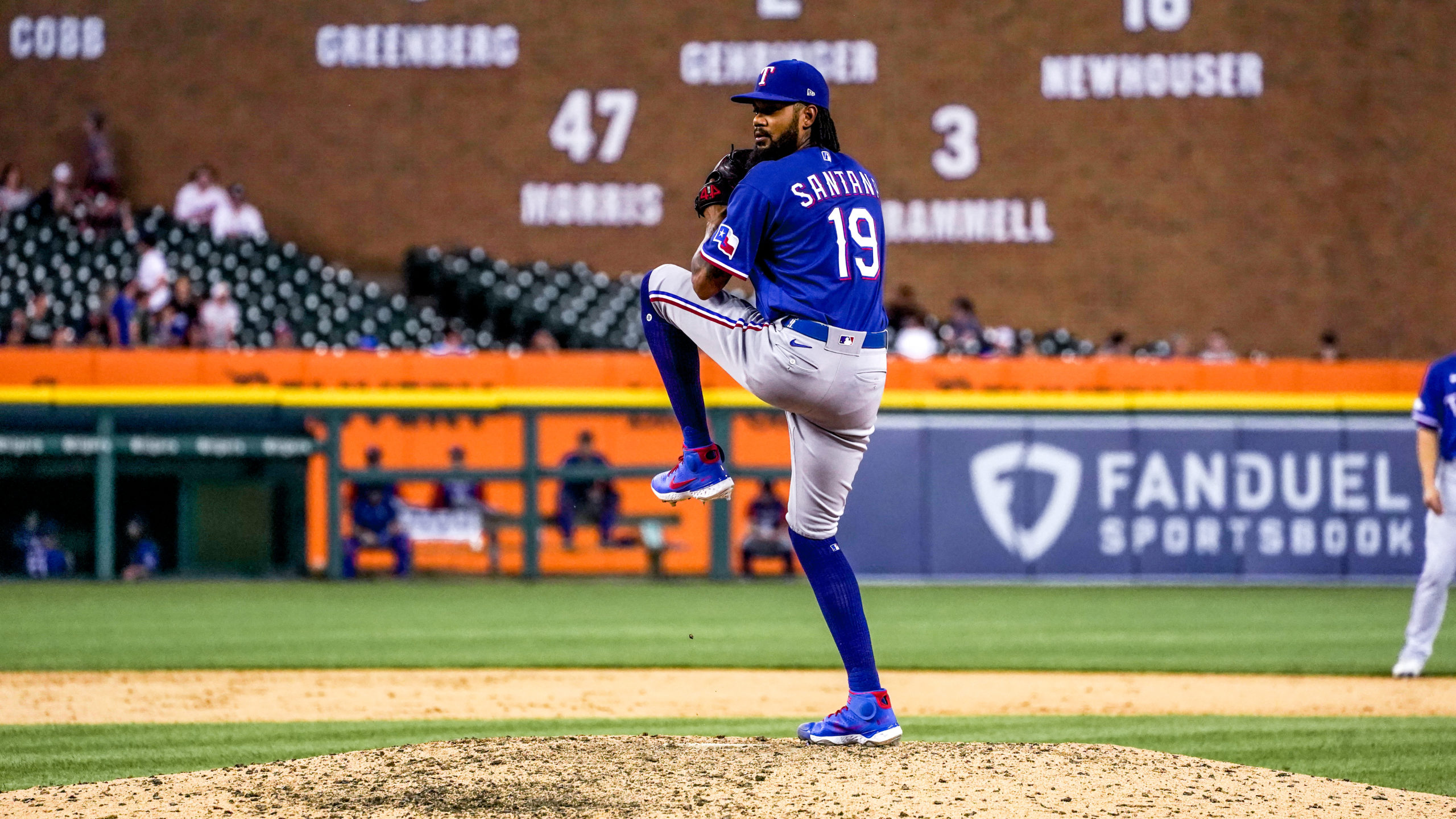 “We wouldn’t be anywhere near where we’re at without him, and we won’t be any good in the future without him,” Rangers co-pitching coach Brendan Sagara said about reliever Dennis Santana. Santana ended the final month of the 2021 season on a high note, not allowing a run in his last thirteen outings. Dennis became a staple in the Rangers bullpen and the leading man when it came to being Texas’ high leverage guy. Santana began the season stranding the first ten inherited runners (first six appearances with inherited runners).

“It’s been my best year in the big leagues,” Dennis Santana told me when I asked about his 2022 season. “It’s awesome. I feel confident and happy to be here.”

For the first two months, Dennis Santana became the most reliable reliever in the Rangers bullpen. In 15.2 innings in April and May, Santana allowed three runs, two walks, seven hits, and nine strikeouts. “It’s teamwork,” Santana said when I told him what Sagara said. “We got a bunch of people [and] everybody is doing something. I go there and try the best I can for the team.” Dennis attributes his routine as a specific aspect that works for him in 2022 compared to 2021. “What [Dennis] allows us to do, because he’s able to get lefties and righties out, [is] the ability to get swing and miss and a lot of soft contact on the ground,” Sagara said. He’s fearless. The barrel percentage decreased by two percent from 2021, and teams are hitting at a 31% hard-hit contact compared to 36% from last season.

Pitchers are athletes too.

“Dennis [Santana] is the one guy that will always say, “take the ball,”” Rangers manager Chris Woodward said. Santana’s forty appearances lead the team and are three behind the MLB leaders, John Brebbia, Scott Effross, and AJ Minter. It’s worth noting that the Rangers, Dodgers, and Guardians have played ninety games, the fewest in baseball. Therefore, Santana has had fewer chances than the other twenty-seven teams. It all leads to the struggles in July, and there are a few reasons and possibilities behind it. In July, Dennis Santana has allowed twelve earned runs (thirteen total) in seven innings. Previous to July, Santana allowed five runs all season (29.1 innings) and twenty-one earned runs in sixty-nine innings as a Ranger.

I asked Sagara about an aspect Dennis needs to work on. His response was more about himself and the coaching staff trying not to use Santana too much. I brought that back to Chris Woodward and asked if Dennis’ struggles in July were because of his workload. “Maybe, he’s definitely been used,” Woodward answered. “It’s part of being a Major League pitcher. We don’t want to overuse him, but there are times where that’s the only chance we have whether that’s the only guys available or he’s our best option available, even if he’s not one-hundred percent.” Woodward pointed to a lack of execution between Dennis Santana in July and Dennis Santana in the first three months. “He hasn’t executed his pitches. [Dennis]’ stuff still looks good, [but] maybe it has to work a little harder to throw its best stuff. He’s got to find a way to execute better [and] it’s the lack of execution [that’s] causing him free bases.”

For Dennis, he points to his sequencing of pitches that he is looking to enhance after the All-Star break, which could be a reason that leads to the lack of execution. If you combine all these factors, a short three days off may be the best thing to happen to Dennis Santana. A bad half-July doesn’t take away the dominance Santana came out to begin the season. “We’ve put Dennis into some impossible situations, and we wouldn’t be anywhere near .500 if it weren’t for Dennis,” Brendan Sagara told me, and I’d be lying if I disagreed with him.