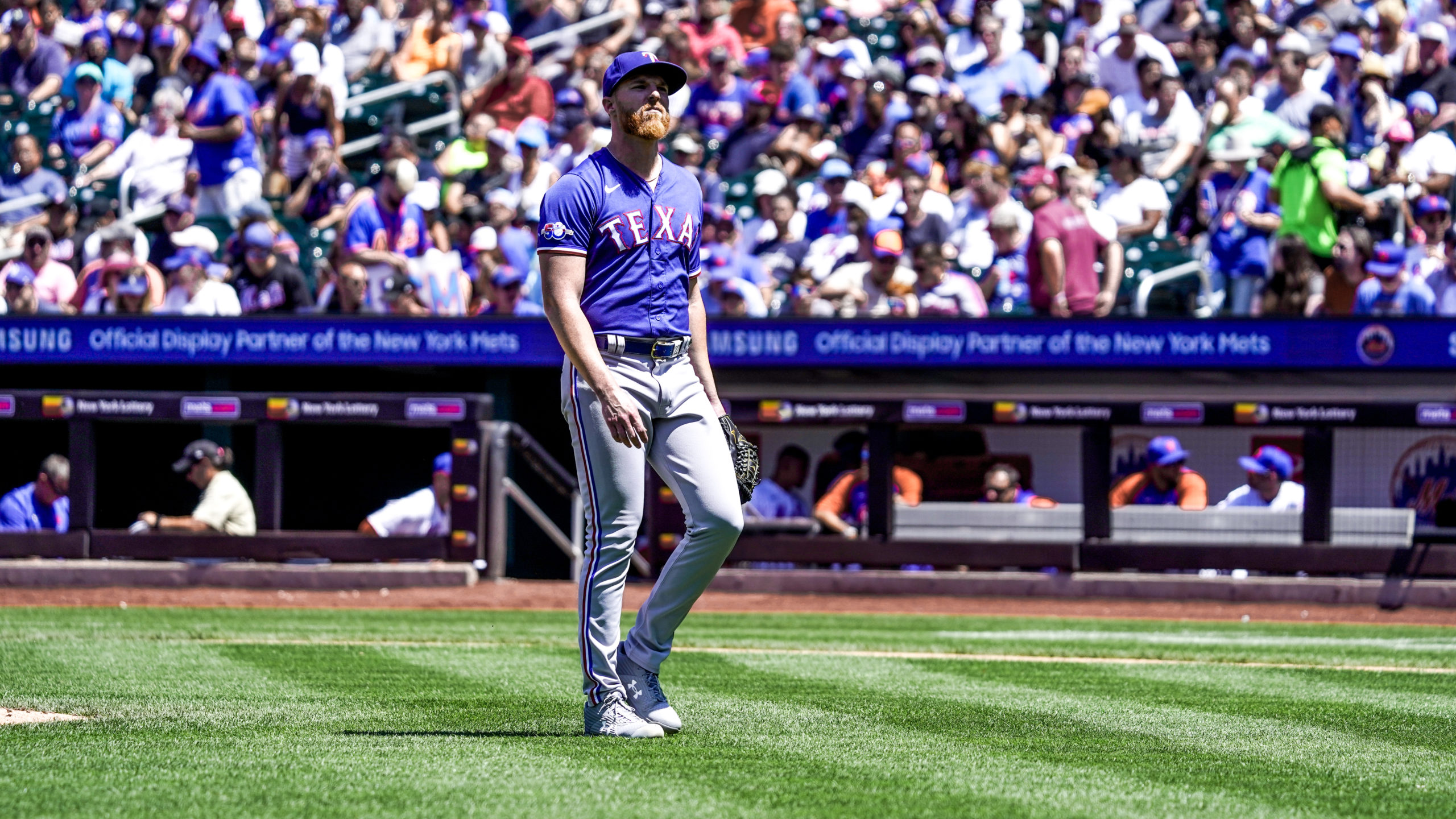 When the Rangers signed Jon Gray, a few questions raced in my mind. First, how would his pitches play out in Arlington compared to Denver? How long could Gray sustain throughout the season? Finally, how does he fit into the rotation?

Jon Gray’s season immediately started well until it went downhill in the fourth inning of his first start. Then, Gray dealt with a blister, followed by a knee injury. Now, he’s healthy and pitching as well as he has throughout his career. “I would say it definitely got better,” Jon told me in evaluating his season halfway through. “[I] had some stuff going on early [where] it kind of made it tough to get rolling. But I feel things are progressing [and] the last few starts have been great.”

“We could see the upside,” Rangers co-pitching coach Brendan Sagara said regarding Jon Gray. “We knew there was [a] better breaking ball there, better fastball, [and] the competitor. Early in the year, with a blister and the knee, we knew we weren’t getting the best version of him, and to his credit, he wanted to go out there every fifth day and battle still.” After spending seven seasons with the Rockies, Gray is in his first year with the Rangers, and the difference in pitch stuff is highly noticeable.

Sagara told me that the Rangers would view how Gray’s stuff worked at sea level and the pitch data compared to Denver because the home/road splits regarding Jon’s stuff were vast. “We knew how his [stuff] worked and what he was capable of producing spin-wise. So putting all those things together allowed us to make a rather educated decision.” Gray said he’s noticing a change not only from his pitches but from his body too. “I’ve been feeling better. I haven’t had a lack of energy, so I think it’s been better on my body.”

Looking at the overall numbers, there’s a conscious reminder of when Gray was back to full strength. However, his fastball velocity is averaging one more MPH than in 2021. Jon’s K/9 is as high as it’s been since 2017, and his walk rate is decreasing. “I feel like I have a lot more tools to use, and I can use them more often and more available,” Jon Gray told me. “I’ve become a better pitcher all around, so I don’t think I’m relying on the same stuff I used to rely on all the time.” It’s what the Rangers saw and hoped for when they signed Jon Gray before the lockout. “The power velocity over seven [or] eight innings, the wipeout slider, [and] feel for the curveball [are] all the things we saw indicators for is exactly what he’s been [and] we’ve been very pleased.”

Jon Gray, K'ing the Side.

The first two months were about getting Jon Gray back to his original form. Looking at the last nine starts, Jon Gray and Martín Pérez become the two-headed Rangers monster on the mound. He’s pounding with strikeouts, going a little more out of the zone than in previous seasons, and the slider is filthy. It looks like Gray is getting better and better.

There are a few hiccups here and there, and he hasn’t had much help from the defense side, which Gray admits he would do but is taking a different approach. “I give it a little bit of thought,” Gray said when asked about when the defense doesn’t make a play behind him if he thinks about it. “But it’s more of a thought of like just wash that out. I’ve lingered on some of the things that have happened in the field [and] it really eats at you, and it makes it tougher to make the next pitch, and you kind of get into a negative rut.”

The key for Jon Gray is consistency which is what both Jon and Brendan Sagara pointed out to me is what Gray needs to work on. “I don’t think need to make any pitch better any better than what they are, [but] I need to get better at using them and be more efficient. Efficiency is going to be key.” “He’s got top-end stuff for rotation-type power,” Sagara said. “It’s bringing the same quality of pitches to the mound every inning, game, and start because the days when he’s got it all clicking; it’s twelve punchouts [which] is fun to watch. Even the days he doesn’t, it’s six innings of one run and ten punchouts. [It’s] just consistency.”