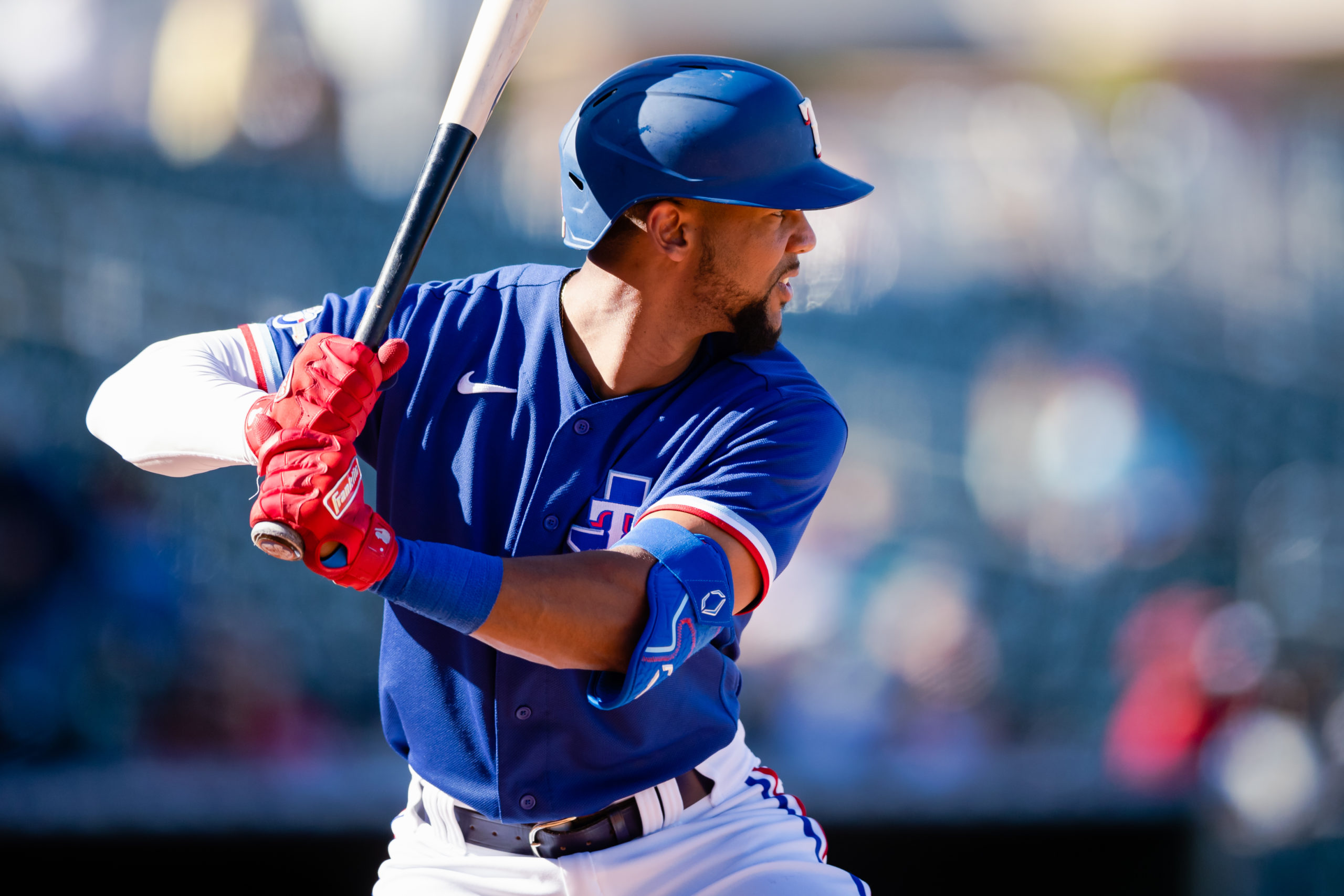 When the Rangers recalled Leody Taveras on June 13th, the idea was for Leody to remain in the major leagues for good. Although Taveras has one more minor league option, the team was adamant they didn’t want to use that. So now Leody is one month into the big leagues and swinging the bat better than he has at any point in the past two years in the majors. “The swing itself [and] some of the adjustments he’s made on the swing are better,” Rangers manager Chris Woodward said. “There’s more consistency in his path [and] there are some improvements there.”

While Taveras didn’t pound the ball in Triple-A Round Rock compared to the first two months, the Rangers gave him a chance with the Eli White injury. Between June 13th and June 26th, Taveras had a .241 clip (7 for 29), but since then, Leody has been on a 16 for 41 stretch (.390). To the skipper, coaching staff, and fans, this is the Leody Taveras we all hoped for. But, when I talked to Leody Taveras, one word kept popping up, consistency. “Everything was the same. It was the same routine [but] trying to be more consistent in my routine and bring that to the game,” Leody told me when I asked the difference between June and July. “As long as he’s on time, I feel like his path allows him to be on time. [Taveras] can adjust to different pitches, he can be on time for the fastball, and put some damage to the middle of the field, [and] he can stay in the strike zone better,” Woodward said.

There’s another aspect to Leody’s game that’s changed, confidence. “He looks more calm [and] confident,” Woodard said. “When you feel like you’re going to hit, you have a natural presence about yourself when standing in the batter’s box, and that’s where he’s at right now.” Confidence was the main thing he told me when I asked to compare 2021 and 2022. “[I’m] a lot more confident. Honestly, I have been here before, so now I feel more confident.” What Taveras continues to work on is consistency. “That’s all about baseball, is be consistent,” Leody said. “That’s what I’m trying to do. Make it simple, like my routine and everything, and make it a simple plan to go there and be more consistent every day.”

I see a different Leody Taveras on this home stand compared to the previous one (June 21st-June 26th). I don’t necessarily think it’s because of mechanical adjustments in between the time. When the Rangers recalled Leody, there may have been a sense that he wanted to produce right away, causing him to press at the plate. Bad things happen when you press at the plate, and players get flustered. “I knew it might take a little time when he first got here,” Woodward said. “He felt good in Triple-A [and] probably got a little bit frustrated as the season was going on that he wasn’t here.” Taveras is hitting the ball harder while going to the middle of the field more in 2022. He’s made soft contact at an 8.2% rate compared to a 14.8% rate in 2021 and a 22.1% rate in 2020. Meanwhile, he’s going to the middle of the field nearly 40% of the time, which is far higher than any point in Leody’s young career.

Of course, Leody Taveras’ defense is what the Rangers suspected. He’s gotten some good jumps off the ball, covering the field, and there are a few throwing miscues, but remember, he’s 23-years-old. I don’t suspect keeping a .390 clip like he’s at right now, but if he can use his speed as a weapon, similar to Eli White, and produce good at-bats, the Rangers found the player they gazed at when they signed him in 2015. I like where Leody is heading.