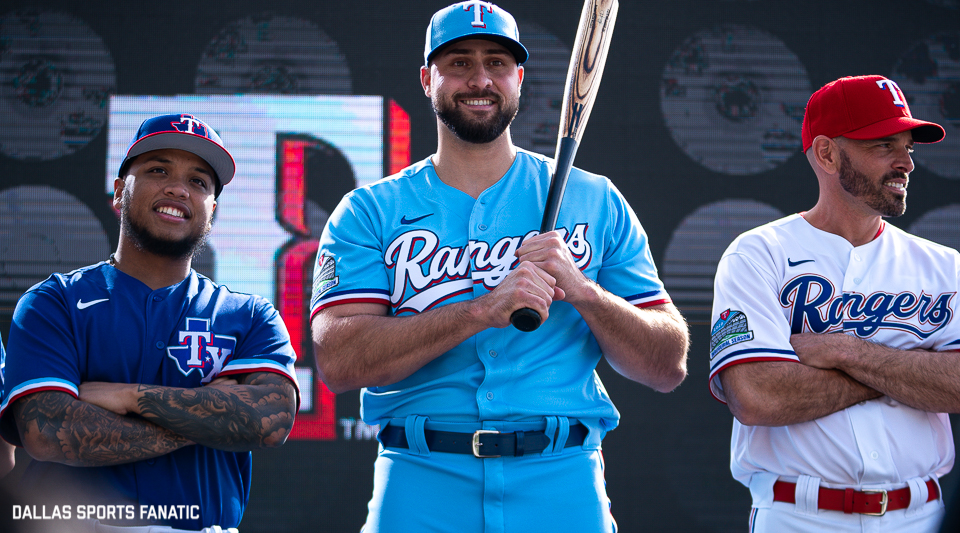 Rangers refreshingly committed to youth for the 2021 season

Rangers refreshingly committed to youth for the 2021 season

After the Rangers signed 2019 All-Star outfielder David Dahl to a one-year, $3 million deal on Friday, the Rangers completed a busy week in their attempts to fully commit to a rebuild completely focused on young talent. Veterans from their 2020 Opening Day lineup that are already gone include 38-year-old Shin-Soo Choo, 30-year-old Danny Santana, 34-year-old Todd Frazier, 36-year-old Robinson Chirinos and 33-year-old ace Lance Lynn. Long-time starters Elvis Andrus and Rougned Odor will likely be out of the 2021 Opening Day lineup as well.

This week alone the Rangers have replaced Lynn with 25-year-old Dane Dunning via trade and added two new hitters to their projected lineup under the age of 27 in first baseman Nate Lowe (age 25) and Dahl (26).

So just to spitball…

The average age of that particular lineup on Opening Day next spring is about 27 and the outlier that increases that average is Andrus at age 32. Everyone else is 28 or younger.

While the Rangers don’t have a 21-year-old superstar like Fernando Tatis Jr. in the middle of their lineup or anything, they still have plenty of exciting potential ready to prove itself in 2021. It’s widely expected that 2019 first round pick Josh Jung could be ready to man the hot corner at some point in 2021, just likely not to start the season. 22-year-old slugging catcher Sam Huff got a taste of the big leagues in 2020 and definitely left fans and the front office wanting more with three homers in just ten games.

While rotation certainly has more questions than answers, there are certainly plenty of young options for the Rangers to hope to build and nurture in 2021.

There should be no expectations for a Cinderella run or anything, but there is the potential for this to be a huge year for Texas in its quest to build a core of players that could help it contend for years. Jon Daniels and new GM Chris Young have certainly been busy this offseason and it’s likely they’re not close to done quite yet.