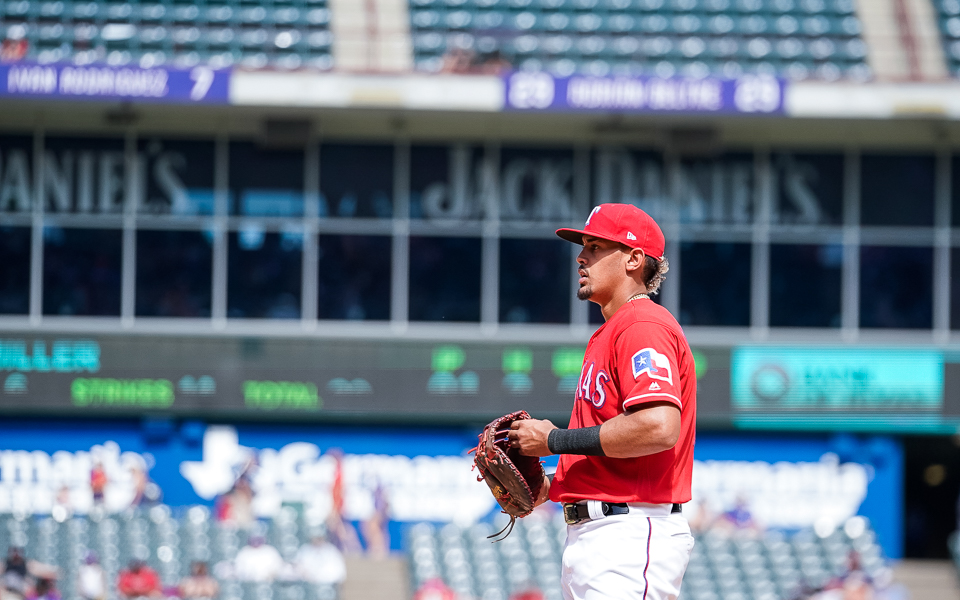 It was announced early Thursday evening that the Texas Rangers had sent down first baseman Ronald Guzman and placed closer Jose Leclerc on the 45-day IL. Greg Bird has been brought up to take Guzman’s roster spot.

Two years ago the Rangers brought up Guzman. He’s tall and has excellent defense and possesses the ability to launch moonshots into the outfield seats. His defense is still there but he has yet to mature at the plate and Texas needs to figure out what his future holds with the organization.

So far this year he has appeared in just one game. He went 1-for-4 in that game (the second of the season) and scored a run. Todd Frazier, who was originally brought in to play third, had assumed the first base job with Guzman relegated to the bench.

Was his lack of time attributed to missing part of summer workouts because he had tested positive for Covid-19? Well it hasn’t stopped Joey Gallo from playing. Could it be that he is actually a bust? That’s what it looks more like. He currently has a career .229 average with Texas. Perhaps he needs the proverbial “change of scenery”. I’m not in his head though, so I don’t know.

If the Rangers are in the thick of a pennant race come the trade deadline then he could be a piece in a trade package as he is only 25, has an option remaining, and is under club control thru 2025.

Whatever the case may be it appears that this may be Ronald Guzman’s last ride in a Texas jersey. 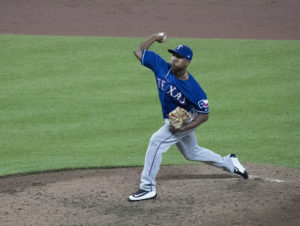 As for Jose Leclerc, he suffered a similar injury to his shoulder as starter Corey Kluber. Unlike Kluber, his injury is a strain as opposed to a tear though both pitchers will be shut down for at least four weeks. LeClerc has appeared in two games and allowed one run (earned) on two hits. Texas will more than likely go with a closer by committee with Nick Goody and Johnathan Hernandez while Jesse Chavez assumes more of a set-up role. Both pitchers have the stuff to lessen the sting of losing Jose.

The Rangers have added RHP Jimmy Herget to take Leclerc’s spot on the active roster.

Until next time, I’ll see you in the cheap seats…six feet away!