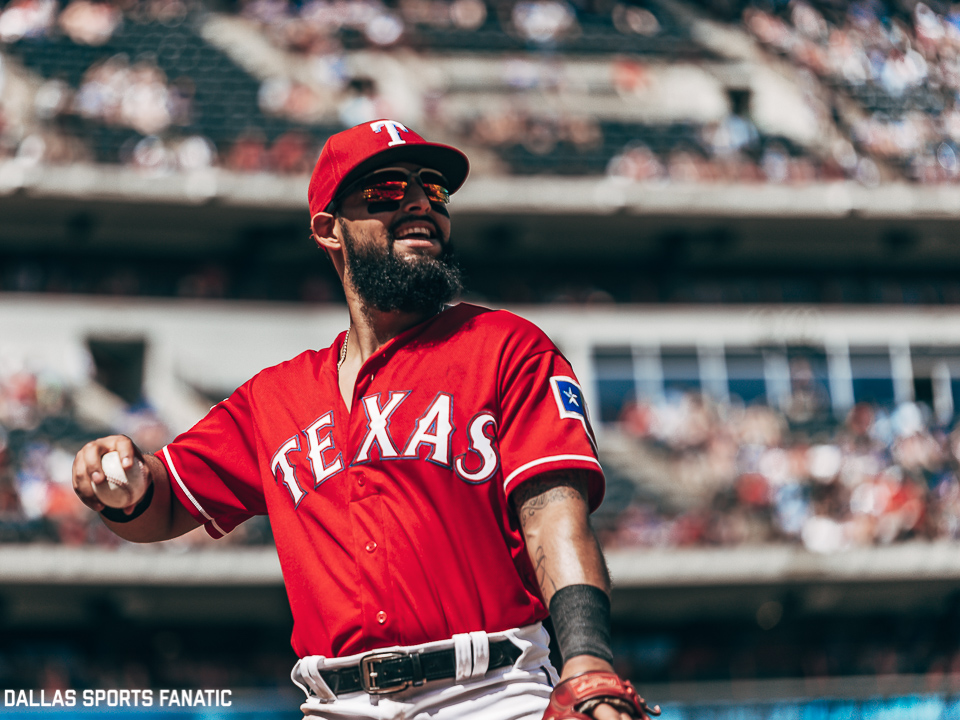 Rangers show the “Show Me” state teams how it’s done, then head to the west

Rangers show the “Show Me” state teams how it’s done, then head to the west

The Rangers squared off this week against the Missouri-duo. There is a common thread between these two series and most of the Rangers’ series in 2019. After the series win against the Cardinals, the Rangers are 6-0 in rubber games this year. Here’s how it went down:

Observations: The Royals knocked Shelby Miller to his worst outing of the season. Miller left in the second inning, allowing eight runs, seven hits, and two walks. The Royals mixed in a great approach with a few well-placed baseballs on each side of the line. The bullpen overall pitched decent, allowing two three runs in six and a third innings. Mazara and Odor each picked up two hits on Tuesday. That was Odor’s third multi-hit game this season in twenty five starts, and Mazara tenth in thirty four starts.

Turning Point: It was a rough go for Shin-Soo Choo in the middle innings. Choo had a chance with runners at second and third in both the fourth and sixth inning. Choo ended up popping up to left field in the fourth and struck out looking on a lengthy at-bat in the sixth, both to end the inning. The Rangers only run after their three-run third was a Forsythe RBI double in the eighth.

Observations: The Rangers knocked three homers on Wednesday, including Willie Calhoun who the Rangers promoted to the major leagues hours before the game. Calhoun had only three home runs in his previous 133 big league at-bats but tallied his first of 2019 in his first at-bat. Ronald Guzman and Shin-Soo Choo joined the homer brigade as Guzman accounted for three RBIs Wednesday.

Turning Point: In the fourth inning, the Royals had second and third one out for the second time in the game. After a second Billy Hamilton sacrifice bunt, Mike Minor struck out Whitt Merrifield and caused a flyout from Nicky Lopez. Overall, Minor didn’t look as sharp as he normally does, and Woodward took him out after five innings. However, Minor was effective and maintained the Royals to one run, despite many chances and massive traffic on the bases.

Found this weird, but amazing. Nomar Mazara had four base hits last night. It was the third four-hit game in Mazara's big league career. The previous two four-hit games both occurred on a June 6th. One in 2016 and one in 2017. #TogetherWe

Observations: Starting on the pitching side (pardon the play-on words), Lance Lynn added another quality start to the mix Thursday. Lynn threw seven exceptional innings, allowing one run, six hits, and striking out five Royals. However, the story of the day was the offense. The Rangers belted four homers, accumulated twenty-one base hits, and walked eight times.

Turning Point: Danny Santana singled to right after Isiah Kiner-Falefa led off the fifth with a walk. Royals’ right fielder Jorge Soler tried to throw out IFK, and because the throw was wide, Santana took second base. The Rangers took full advantage of the Royals’ defensive miscues on three separate occasions in the fifth, leading up to five fifth inning runs.

Crazy Stat of the Game: All signs pointed to a rough start for Lance Lynn. Preceding to Thursday’s outing, Lynn had a career 6.45 ERA in four starts at Kauffman Stadium, a career 5.15 ERA career against the Royals in seven starts, and struggled when umpire James Hoye was behind the plate. In the two previous career starts, while Hoye is the plate umpire, Lynn held an ERA of 6.75 (11th highest of any umpire that Lance saw, out of 89 total umpires).

Turning Point: In the top of the seventh inning, Harrison Bader had a runner on first, none out. Bader singled to center, which Kolten Wong attempted to take third base to put runners on the corners down five. Joey Gallo threw a 95.8 MPH strike to Cabrera, and his tag nailed Wong. Cardinals challenged the play, and New York confirmed the call. Jesse Chavez shut down the Cardinals in the seventh and shut down a possible momentum shifter.

When will they learn? pic.twitter.com/IKUrs52G9b

Stat of the Game: Miles Mikolas’ struggles continue at Globe Life Park. Mikolas is 0-5 with an ERA of 15.86 (37 runs allowed in 21 innings) after Friday’s miserable outing. Friday’s game was his first start in Arlington since he was with the Rangers in 2014.

Turning Point: With a runner on first and one out, Paul Goldschmidt grounded a ball to Ronald Guzman. Guzman fielded and threw the ball to second, but a high throw gave Danny Santana no shot to touch second. After that, a wild pitch by Jurado and an RBI groundout by Paul DeJong scored Bader, and the Cardinals struck first. The importance is that before Saturday, the Cardinals lost six of seven. In that stretch, the team that scored first went on to win six of those seven contests.

Crazy Stat of the Game: Cardinals’ starter, Dakota Hudson’s splits didn’t reflect his performance on Saturday. Prior to Saturday, lefty batters hit .388 against Hudson and righties hit .224. The Rangers sent six pure lefties, two switch hitters batting left-handed, and one right-handed hitter (Isiah Kiner-Falefa). Lefties on Saturday went 4 for 21 (.190) against Hudson, and Kiner Falefa went 1 for 2 with a RBI double.

Two of those four hits came from Ronald Guzman, who reached base both times against Hudson. I asked Guzzy after the game if he saw something the other left-handed hitters weren’t. “He was making good pitches.” Guzman said, “My first base hit wasn’t hard hit, the second one was staying ready for the fastball. I just got ready at the right time.”

Observations: Despite a short outing, it was a good one for Drew Smyly. It kept the Rangers in the game which the club was able to tie it in the fourth on the Hunter Pence RBI double. Danny Santana, who was questionable with an ankle injury, delivered a pinch-hit go-ahead home run in the eighth and scored the winning run in the tenth.

Turning Point: After the Cardinals tied it in the ninth and took the lead in the tenth, the Rangers patiently waited for their pitch against Jordan Hicks. The Cardinals stretched Hicks to the highest pitch count of his career (39). Willie Calhoun, who was not in the lineup, delivered with a game-tying single off Hicks to tie the game up in the tenth. Nomar Mazara won the contest with a sacrifice fly, scoring Danny Santana.

Before Saturday’s game, I asked Chris Woodward if it’s a coincidence that the offense’s success ties into the call up of Calhoun (despite Saturday’s results). “He provided a spark, his first AB [Wednesday], he hit a homer. I think it lights a fire under everybody, cause now there’s some healthy competition and that’s a good thing.”

The Mariners come to Arlington the same way after the Rangers left Seattle last month, pitching-crushed. The Minnesota Twins offense blew Seattle’s pitching staff through the T-Mobile Park’s roof. The Twins scored 40 runs in the four-game series, resulting in taking thee of four from the M’s. Minnesota hit eleven home runs in that series, and all in the first three games (Miami Marlins have hit 27 HRs all season).

Rangers head to Anaheim for the second time this year, looking for better results. After the Rangers crushed the Angels in their home opener, Texas scored four runs in the final three games in that early April series. Joey Gallo accounted for three of the four runs on two home runs. Mike Trout reached a milestone hitting his 250th career home run. Trout became the sixth American League player in history to accomplish that before turning 28 years old.

Just when you believe this team folds, they spring together and unite as a club. Think of it as the East High Wildcats during the end of the first High School Musical (even Rangers social media will agree with me on this).