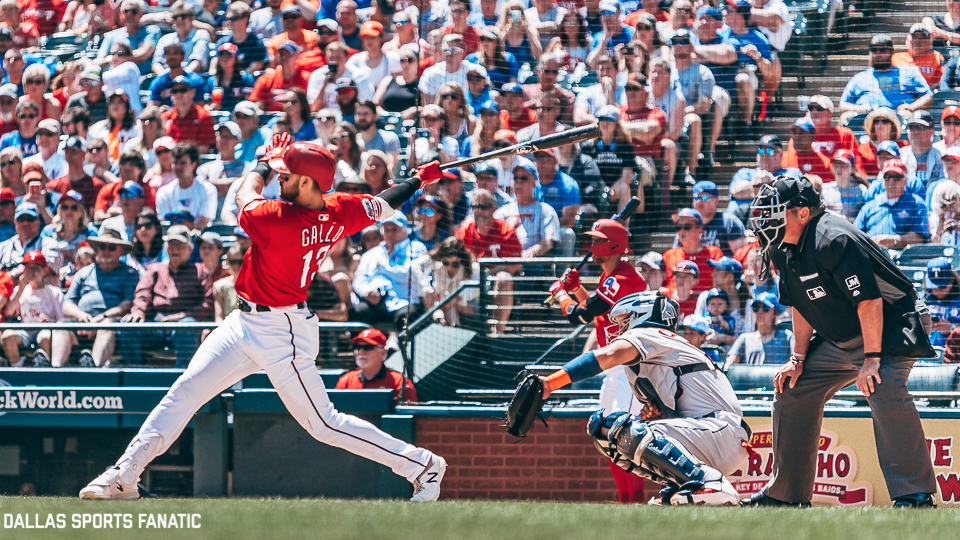 For the past five days, players arrived in Arlington and entered inside Globe Life Field. With the pandemic swarming around Texas and other states, each MLB player must go through a protocol to enter the facility. Most players’ tests came back negative, and the club cleared them to play on the first day of camp last Friday. However, a couple of Rangers were still in question. Joey Gallo’s name was the most common that came up. Rangers general manager Jon Daniels didn’t provide much information before Monday morning on the status of Joey Gallo. The updates were mainly pending results and nothing more. By Monday afternoon, Daniels and the Rangers announce that Joey Gallo tested positive for COVID-19.

First thing is first, according to the Rangers, Joey Gallo is asymptomatic and is doing well. Since Saturday, June 27th, Joey has participated in three separate COVID tests. Two were saliva tests where he tested positive (the first and last), and the second test was a nasal test where he tested negative. Gallo becomes the second Rangers player to test positive since Summer Camp started. Brett Martin tested positive on Friday, and at this point, no other confirmed positives hit the Rangers. First baseman Ronald Guzman was cleared to enter the facility but cannot participate in team workouts. There wasn’t any clarity on Monday by the club on what Guzman’s situation is, however, Guzman was in attendance at Globe Life Field Monday.

The testing process continues to be a struggle for Major League Baseball. The Rangers’ division foes, Oakland, the Angels, and Houston all witnessed delays in testing. The testing location currently resides in Utah, where these three clubs had issues in gathering results and sending the samples to the labs.

For Joey Gallo to enter the team facilities, he must have two consecutive negative tests in twenty-four hours. According to Daniels and the team, Joey is currently isolating at home. With the last confirmed test just four days ago, it’s likely Gallo won’t see much if any, Summer Camp action. The Rangers feel confident that Joey will be ready in eighteen days, only time will tell.

Gallo is asymptomatic and feeling good. He had three tests done the past week where he tested positive on the 29th via saliva test, negative on the 30th via nasal test and another saliva test last Thursday where it came back positive #Rangers