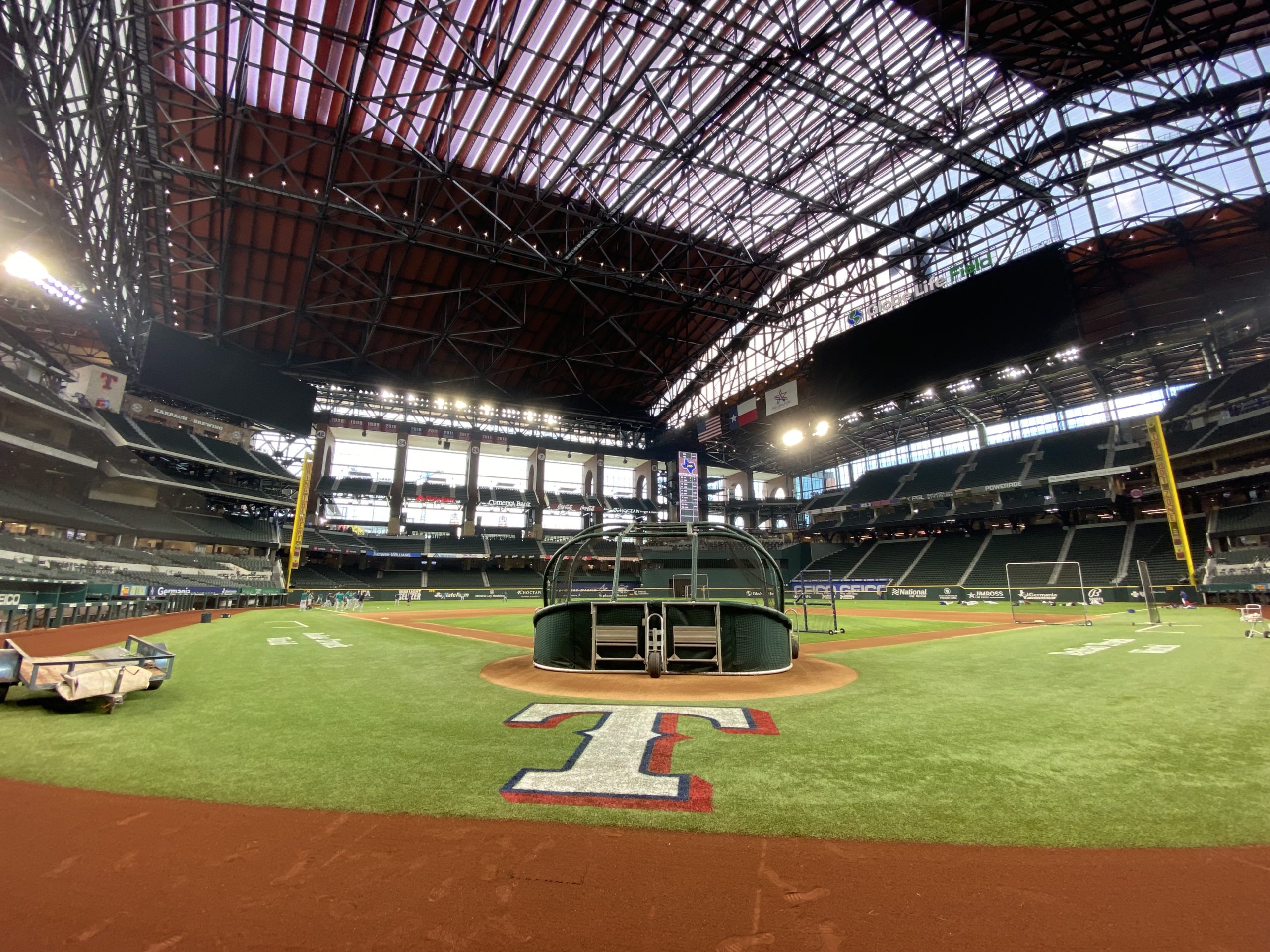 “We don’t have the Yankees lineup. We don’t have the Dodgers lineup,” That was a point brought up by Rangers hitting Coach Luis Ortiz on Tuesday. Yes, that’s something that Captain Obvious could tell you, but think about it for a second. The Rangers are one of the youngest teams in baseball, with three players born before 1990 (Spencer Patton, Charlie Culberson, and Brock Holt). Most of these guys haven’t experienced an entire season yet, including the ups and downs. Offensive scuffles are going to happen, but it’s about development.

The Rangers saw five big league pieces depart over what was a stressful week. It became stressful for the young guys because they lost teammates, but they were unsure what their fate in the big leagues was.

“I think it’s pretty obvious, there needs to be changes, and the organization needed to make some changes,” Brock Holt told me. “That’s the sucky part about this game. I was designated by the Brewers, and [there were] no hard feelings. I didn’t perform.” There’s a little more relaxation among the group now, knowing their fate remains on the team. “This is the group moving forward, and we can learn to gel together and win some ballgames,” Eli White told me Tuesday. “I think it does offer some relief in a sense.”

The Andy man can! pic.twitter.com/EN69ewdxud

What’s changed in the offense?

For Luis Ortiz, he is seeing his hitters more relaxed, as also noted by White. Ortiz told me three aspects that hitters need to take to the field every day: level of confidence (unconditional), strategy, and mechanics. You’d think mechanics would be number one, right?

“Most players think mechanics go first. No, you leave that in the dugout, in the cages. Number one is the confidence and then the strategy. If you think about it, the swing only doesn’t come out when you swing at bad pitches.” Ortiz also said the hitters understand where they are and that it is a learning year for them instead of playing hero every night.

On Wednesday, Rangers hitters will face the Angels’ Shohei Ohtani. Something that Ortiz is excited about. “It’s a good test,” Ortiz told me. “That’s what you’re going to face in the playoffs over and over again. Great players destroy bottom tier and middle tier and battle with the good tiers.” However, guys can be overhyped to face Ohtani but can’t lax against the fourth and fifth starters. They have to take the same approach against everyone they see on the mound.

What to look for in the final two months of the season?

These final two months are crucial for the Rangers in evaluation. Look, we know at the end of the day it’s the Josh Jung, Sam Huff, and others that will partake in the core of eventual postseason hope. However, the Rangers need to look and assess what they have on the field to decide if they are a part or use as a trade piece. Although I’d expect a few fringe future call-ups to evaluate what those guys can do (Yonny Hernandez and Yohel Pozo to name a couple). What’s the key for this group down the stretch offensively? Growth, according to Chris Woodward. “Some of these younger guys have to be able to control the moment,” he told me. Consistency is a biggie that the team needs to prove.

Monday night’s win is the type of win the organization and coaches want to see, but can the team keep utilizing the fundamentals every day? That’s the issue plaguing the team.
One thing I want to see down the stretch is Eli White utilizing his speed in the box. We’ve seen his speed become a force in the outfield. However, he’s stolen four bases in 2021. An aspect of his game that Woodward wants to see is bunting. “I want him to bunt more,” Woody told me. “With his speed, he could put a bad bunt down and beat it out. It creates havoc. I want Eli to get more comfortable against lefties [and] against righties.”

For Eli, he is working on bunting for hits more than earlier in the season. “I’ve been working on a lot on trying to implement in the game more,” Eli told me. As to why he wasn’t doing it more, it’s a bit puzzling to Woodward. “I keep pushing him to do it,” Woody said. It may have to do with the comfort at the plate or trying to figure out the swing before getting used to squaring up for a bunt. It could also play into the confidence that Ortiz talked about. If you’re looking for something to keep an eye on, look for a more small-ball approach from Eli White.

For this specific Rangers group, Brock Holt said it best. “You give guys chances to play that you want to see and see if they can be part of the future here. We got a good group in here, and we’re going to keep going to the end for sure.”

Rangers skipper Chris Woodward told me that he needs to see more from Nick Solak in AAA but expect him back in the majors sometime before the season ends. #StraightUpTX