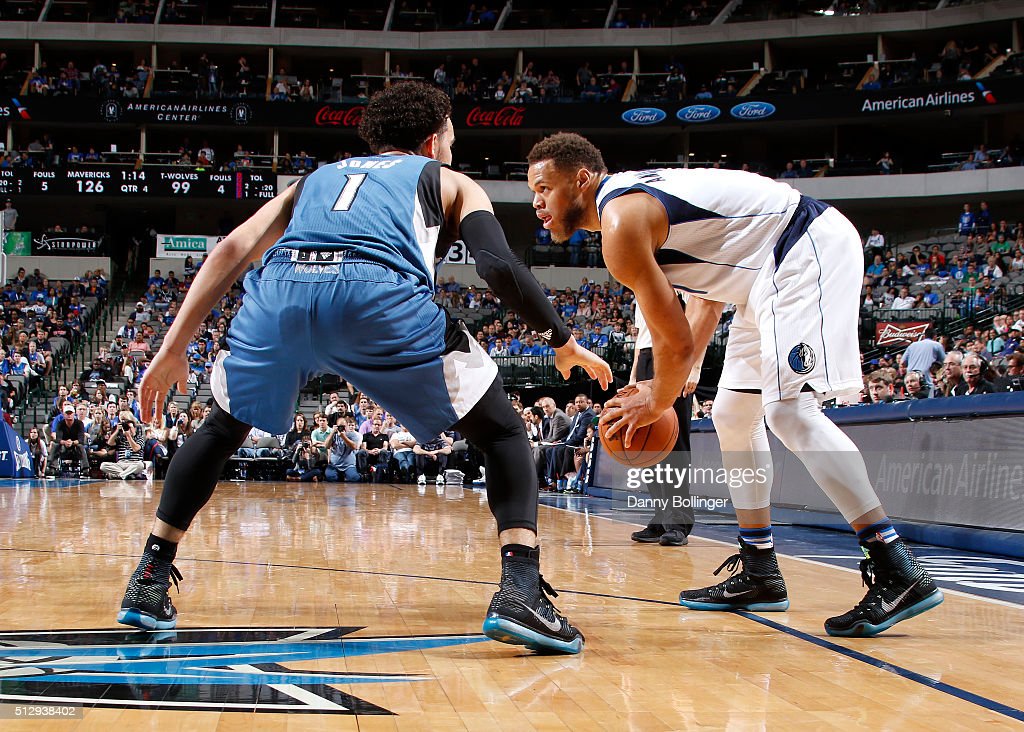 The Dallas Mavericks (32-28) did exactly what they needed to do when playing a team on the second night of a back-to-back. The Minnesota Timberwolves (19-41) played last night in New Orleans. The T’Wolves had to exert a lot of energy coming from behind in the fourth quarter to defeat the Pelicans.

Tonight, the Mavericks got out and ran and ran and ran some more as they defeated Minnesota 128-101. Dallas opened the game by shooting 64% in the first quarter. They scored 39 points in the quarter behind 10 from both Chandler Parsons and Dirk Nowitzki.

The first quarter set the tone of the game for Dallas. They scored 13 fast-break points, 18 points in the paint and knocked down five from behind the arc. Parsons and Dirk both and two from downtown.

Dirk wouldn’t score any more in the game but he only had to play 17 minutes. As a matter of fact, nobody on the Mavs played more than 27 minutes in the game.

However, if you want to spotlight one person in this game it has to be Parsons. For the 27 minutes he was on the floor, Mavs fans saw exactly why Mark Cuban gave him the contract he did last year. Parsons scored 29 points to lead all scorers. He was 10 of 15 from the floor and four of seven from three point range. At one point in the game, he scored 13 straight points for Dallas.

Dallas won by 27 points despite being out-rebounded 53-43. They were also out-rebounded on the offensive glass 23-8. Minnesota, though, couldn’t capitalize as they only scored 23 second-chance points.

It isn’t often that the Mavericks beat teams decisively, but last night was an exception. Also, we also had the pleasure of witnessing this monster slam by Dwight Powell.