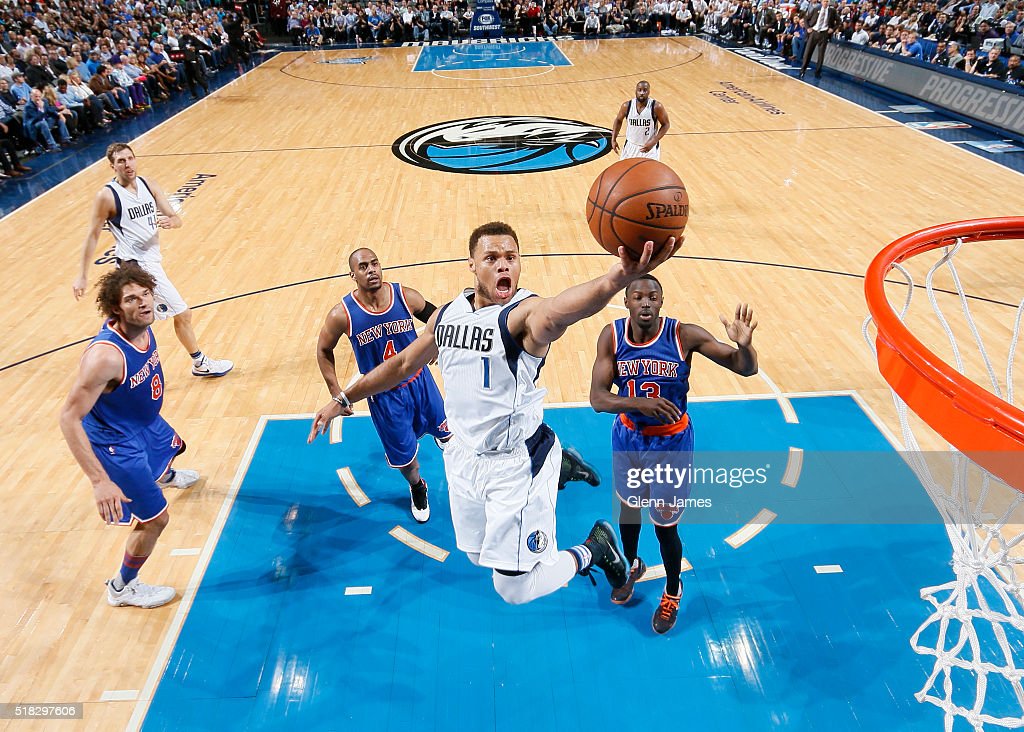 In a must-win game with playoff implications, the Dallas Mavericks picked up a victory.

Only this time, instead of the normal heroes coming through in the clutch, it was the bench and role players, as the Mavericks (37-38) knocked off the New York Knicks 91-89.

Down as much as 11 points, Dallas got a huge night from J.J. Barea, who poured in 26 points in the victory, including the go-ahead layup with under a minute remaining.

“I think it’s working for us,” Barea said. “We stayed with it. We kept it close with the defense and were able to knock down some shots late. We needed this one.”

The Knicks (30-46) were without rookie forward Kristaps Porzingis who did not play due to a sore right shoulder. According to Frank Isola, Porzingis will undergo an MRI later this week. With their star rookie out of the picture, New York turned to Carmelo Anthony, who finished with a game-high 31 points.

Anthony had a chance to tie or win the game at the end of regulation, but excellent defense by Wesley Matthews forced a turnover that ultimately sealed the deal.

Back In The Race:

With the win tonight and Utah’s overtime loss against Golden State, Dallas moved into a three-way tie for the eighth and final playoff seed in the West.

Chandler Parsons was seen walking around the Mavericks locker room after the game. He was not wearing a brace initially and his right leg was stiff. Parsons had season-ending knee surgery last week to repair a torn right meniscus.

Dallas hits the road for a two-game swing away from the AAC Friday night in Detroit.

I'm a 20-year-old college student attending the University of North Texas and majoring in Sports Journalism. I was born and raised in DFW and grew up a die-hard Cowboys, Rangers, Stars and of course, Mavericks fan. Ever since I was a little kid, probably around the 1st or 2nd grade, I have loved watching professional sports, especially basketball. Every week we would do a creative writing assignment and mine would be a story about a Mavericks game. Fast forward 15 years and here I am, trying to make a living with something I grew up loving. That's really all you need to know about me. Oh, and Dez caught the ball.