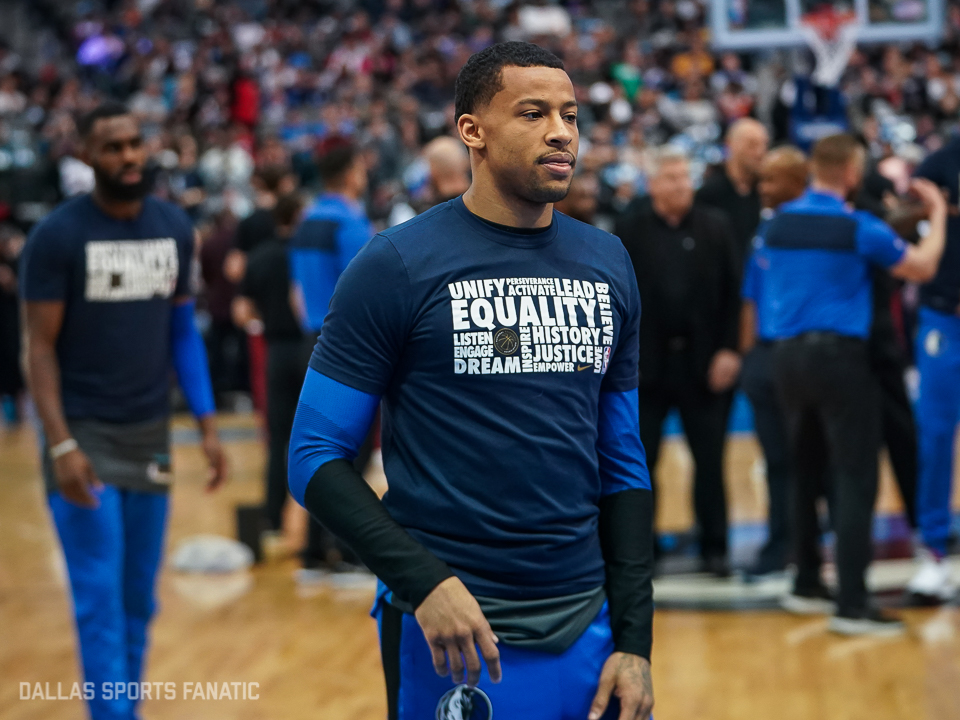 The first news coming from the Mavericks early in free agency on Friday is that they have re-signed bubble star Trey Burke to a three-year deal worth $10 million. After signing with Dallas in July, the now 28-year-old guard came up big in Orlando for the Mavericks by averaging 12.3 points on 47% shooting from deep over the course of their six game first round playoff series loss to the Clippers.

Since being the ninth overall pick in the 2013 draft, Burke has had an adventurous NBA career with five different teams over his first seven seasons. Burke’s big-time performance as a replacement player during the restart has earned him a three-year contract for his first bit of job security in a while.

It was announced by ESPN’s Bobby Marks that Burke’s deal will eat into the limited $9.76 mid-level exception the Mavericks had to use in free agency. The third year of the deal is a player option for Burke, so he could have the option to enter free agency again after the 2021-2022 season. This leaves slightly more than $6 million for Dallas to use on one established veteran or to split among multiple players deeming themselves worthy of more than the veteran’s minimum that varies by a player’s experience.

The Trey Burke contract in Dallas has a 7.5% trade kicker and player option in year 3.

Burke is only the 23rd player in the league with a trade kicker.

A nice caveat negotiated by his agent Sam Permut from Roc Nation.

After the Mavericks drafted Tyrell Terry on Wednesday night and will excitedly welcome back Jalen Brunson from his shoulder injury to start this season, two players who weren’t in the bubble while Burke was thriving, one has to expect that this likely means no return for franchise hero J.J. Barea at age 36.

Then there are the two years and $17,5 million still owed to guard Delon Wright. Last summer’s free agent acquisition only played four out six games in the Mavs/Clips playoff series and only averaged 13 minutes a game in those four. Signs have been emerging the last few days that Wright’s days in Dallas may be numbered and perhaps his $9 million salary for 2020-2021 could be used as filler in a sign-and-trade the Mavericks make for free agent over the next few days.

As for Burke, it’s important to remember that for every one of his 25 point performances, he has five games in single digits. His inconsistency and small size are major contributors in him bouncing around the league the last several seasons. Ultimately, he’s proven that he is capable of putting the ball in the basket at a high-clip on any given night and that has earned him the opportunity to keep playing for the Mavericks.

Stay tuned to our Mavs rumor tracker to stay up to date on all the news that breaks over the next few days.