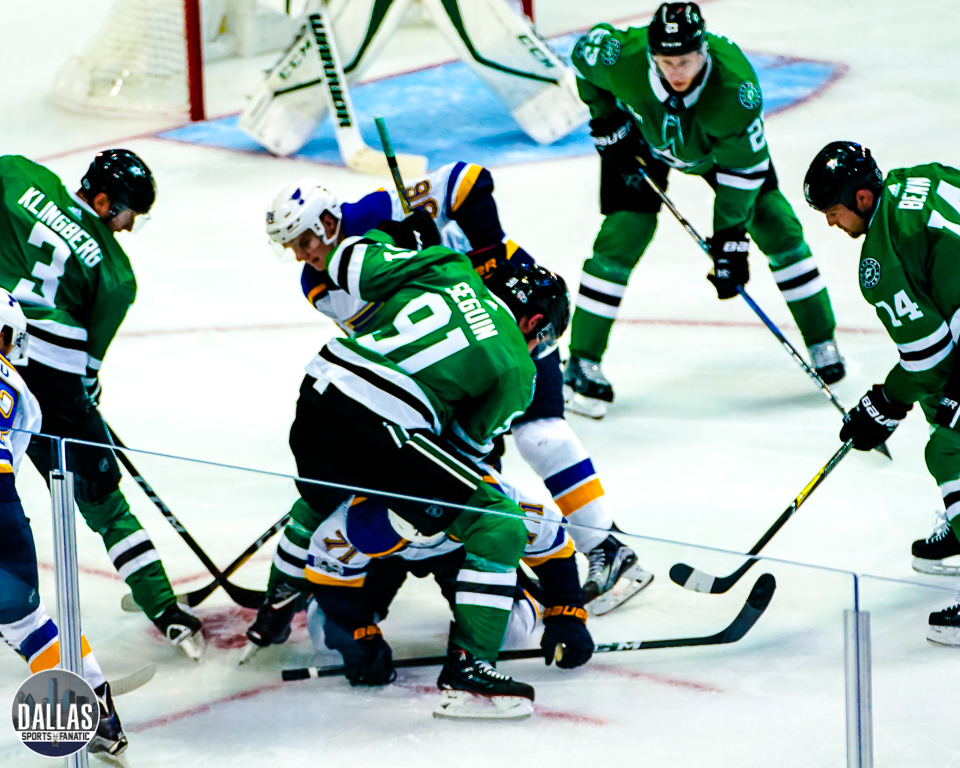 In the second half of the home-and-home with Arizona, Dallas inched out a tight 5-4 win in a high-scoring affair.

The victory pushes the Stars’ win-streak to three straight and marks the first time that Dallas is over a true .500 since October 18, 2016.

Arizona started the scoring early on with a goal from Derek Stepan (1) only 5:50 into the game. But the Coyotes didn’t stay on top for long. Dallas struck twice in a row, less than 90 seconds apart off of scores from Jamie Benn (3) and Radek Faksa (2).

Moving into the second period, Arizona took the momentum back with another score from Stepan and despite outshooting Dallas, held them scoreless in the 2nd.

Stephen Johns knocked in an unassisted goal, his first of the season, to take a 3-2 lead. Arizona then tied it up with a goal from Clayton Keller (4).

He scored twice in the third period, both assisted by Benn and Klingberg to make it 5-3 Stars. Seguin now has five goals already on the season.

Arizona followed with a furious push at the end of regulation that included one more goal to bring it within one.

Dallas then needed one final save from Bishop to hold off the Coyotes’ onslaught and secure the win.

Bishop made 27 saves and improves to 4-1-0 in a Stars uniform, including a couple highlight reel plays off Arizona breakaways.

Tyler Pitlick, who has played extremely well this season, thought he had his first goal of the year, but ended with an assist instead.

Dallas now returns home before hitting the road for a five-game road trip. They

Player to Watch Result: Ben Bishop. Despite giving up four goals on the night, Bishop was once again the reason that the Stars were even in the game. Last season, this could have been a game where Dallas gave up six or seven of the scoring opportunities instead of just four.