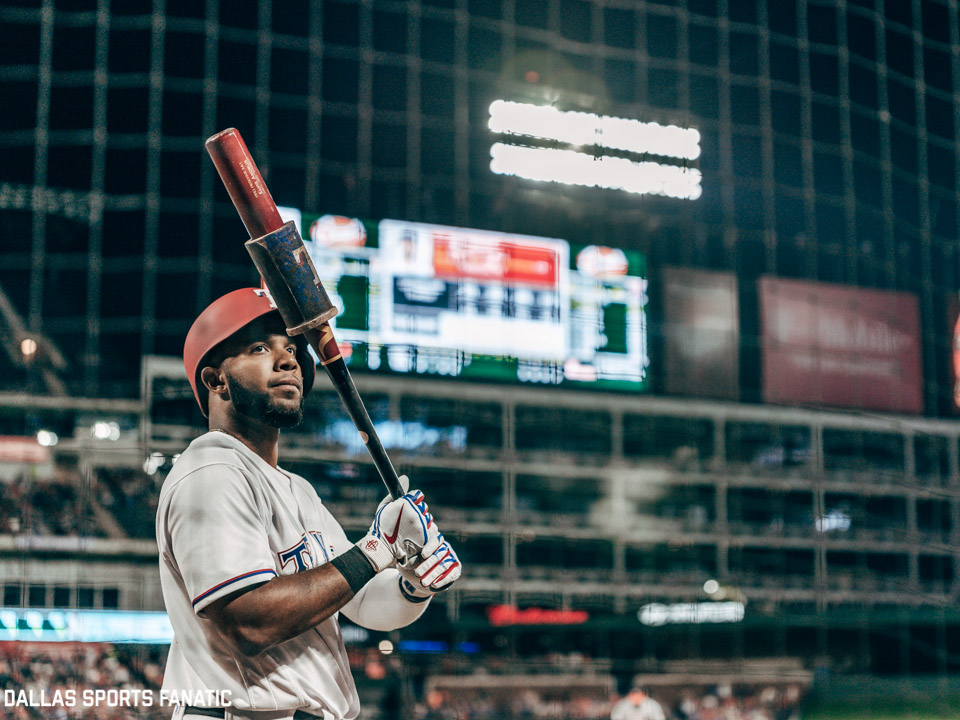 Reflecting the Rangers Week 2 and looking ahead to Week 3

Reflecting the Rangers Week 2 and looking ahead to Week 3

The baseball season is one of peaks and valleys and there certainly hasn’t been a shortage of those in the first week and a half of the year for the Texas Rangers.  From a 12-4 walloping on Opening Day to several come-from-behind wins to a disappointing three game losing streak in Anaheim this weekend, Chris Woodward and his team have seen it all so far this season.

They have emerged from the first ten games with a 5-5 record that might seem surprising to some who haven’t been watching, but leaves a bad taste in the mouth of those who saw the team have a 5-2 record after winning the first game of the four game series against Mike Trout and the Angels this weekend.  With a .500 record, the team is basically back at their starting point and ready to get going again once they play again on Tuesday night in Phoenix against the Arizona Diamondbacks.

Standouts
The Rangers entered Wednesday’s game against the Astros still looking for a starting pitcher to get past the fifth inning.  Mike Minor took that problem and disposed of it with a stellar seven-shoutout-inning start that was very reminiscent of what the Rangers and their fans saw from him in the second half of the 2018 season and earned him the Opening Day start for Texas.

There have been some pretty big yo-yo performances on offense for the Rangers so far, but the performance of slugger Joey Gallo has been pretty consistently great through the first ten games. In six games this week, Gallo hit .250 but blasted three homers, drove in eight runs and tallied an impressive eight walks against just six strikeouts.

Injuries
Texas managed to stay healthy throughout Spring Training but a couple of significant injuries struck the club this past week. Projected number two starter Edinson Volquez left Thursday’s start before he was able to get through four innings and has landed up on the Injured List with what could possibly be a career-ending injury considering his past elbow ailments.

Edinson Volquez on possibility of another UCL tear: “If it is, I will go home and watch my daughter grow up. No complaints about what I’ve done in baseball”

First baseman Ronald Guzman came up lame while rounding second base on Saturday afternoon after rocketing a hit close to the right field wall.  This led to him being placed on the 10-day Injured List with a right hamstring injury and the team recalled infielder Patrick Wisdom from Triple A Nashville.  Sunday’s lineup saw right handled utility infielder Logan Forsythe filling in at first base.

The Rangers will send the top of their rotation against the top of the D’backs’ rotation when the team makes a quick two game trip into the desert sandwiched between two off days.  This scheduling quirk is coming at a good time as Chris Woodward has had to rely hea-vi-ly on his bullpen so far with Volquez, Smyly and Miller all struggling to eat innings in their most recent starts.  Hopefully long starts from Minor and Lynn allow the bullpen to recoup and be ready to take on a big load if needed over the weekend against the grind-it-out Oakland A’s.

Adrian Sampson’s start on Saturday is well-deserved considering the mop-up duty he had to do on Monday and Saturday of this week. The 27-year-old righty gave up just 2 runs over 9.2 innings of work in two games.  If the veteran starters continue to struggle, Sampson could become a permanent fixture of the taped together Texas rotation.

The Rangers ended this past week poorly but will start a nine-game homestand after their swing through Arizona this week.  Texas went 4-2 at home against the Cubs and Astros to open the season, so perhaps a bit of home cooking will be enough to get the team back to their winning ways. If the starting pitching isn’t able to get further into games, it may not matter where the team plays.