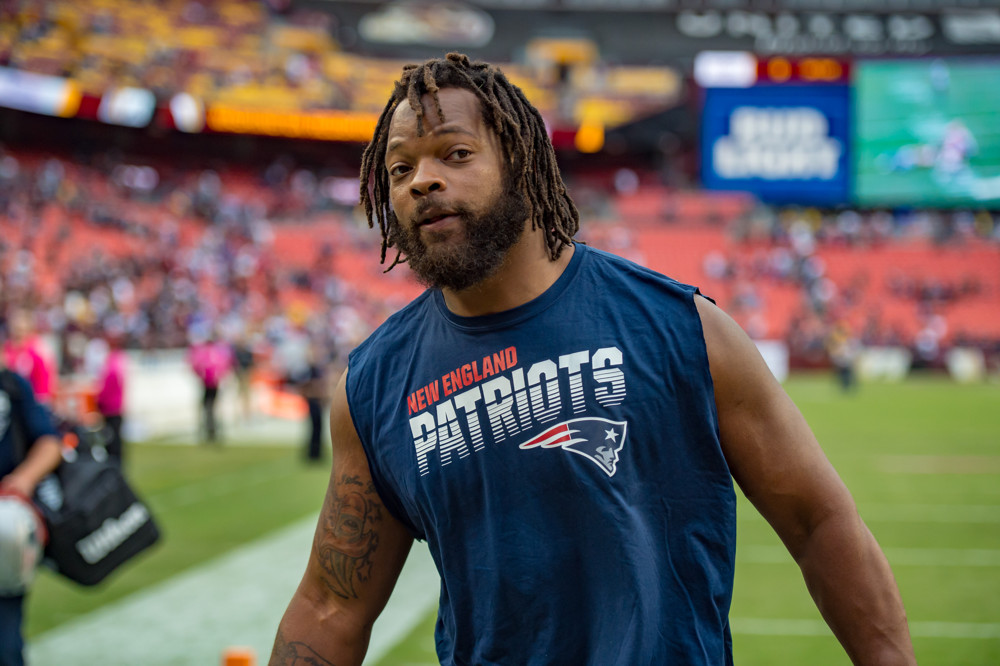 Earlier this week Cowboys owner Jerry Jones told the public to not count on an “Amari Cooper-type” deal this year. So, instead, they opted for a more subtle trade to boost the defensive line.

It’s not official yet, but the Cowboys and Patriots reportedly came to an agreement on a conditional 2021 seventh-round pick in return for veteran pass rusher Michael Bennett.

Bennett must complete physical on Friday before the Cowboys must create a roster spot for him and make the deal official.

Per David Helman of DallasCowboys.com, “If Bennett hits certain performance marks, the Cowboys’ seventh-round pick upgrades to a sixth-round pick.” Bennett has amassed five tackles and 2.5 sacks in six games for the Patriots in limited playing time.

He participated in just 11 defensive snaps in the Patriots’ Week 6 win over the New York Giants.

The Patriots parted ways with Bennett after a team suspension for their latest game. Bennett was suspended by the team last Tuesday for one week after he had a disagreement with defensive line coach Bret Bielema.

“It is what it is, man,” Bennett said Wednesday when asked about his current feelings about playing on the Patriots. “It’s up to the team [about the possibility of being traded], how they feel about it. I like playing here.”

The Texas A&M product will be reunited with Cowboys defensive passing game coordinator Kris Richard after the two worked together on the Seattle Seahawks. Richard served as defensive coordinator from 2015-17, the three years in which Bennett was selected to the Pro Bowl.

Bennett’s brother, Martellus Bennett, was a second-round draft pick for Dallas from 2008-11. So there should be familiarity with the Dallas area, along with the ties to Richard.

Bennett presents an opportunity for the Cowboys to replace the hole defensive end Tyrone Crawford left after having season-ending shoulder surgery earlier this month. He rotated in and out as an end and tackle while with Seattle and figures to find a similar role with the Cowboys in a similar scheme.