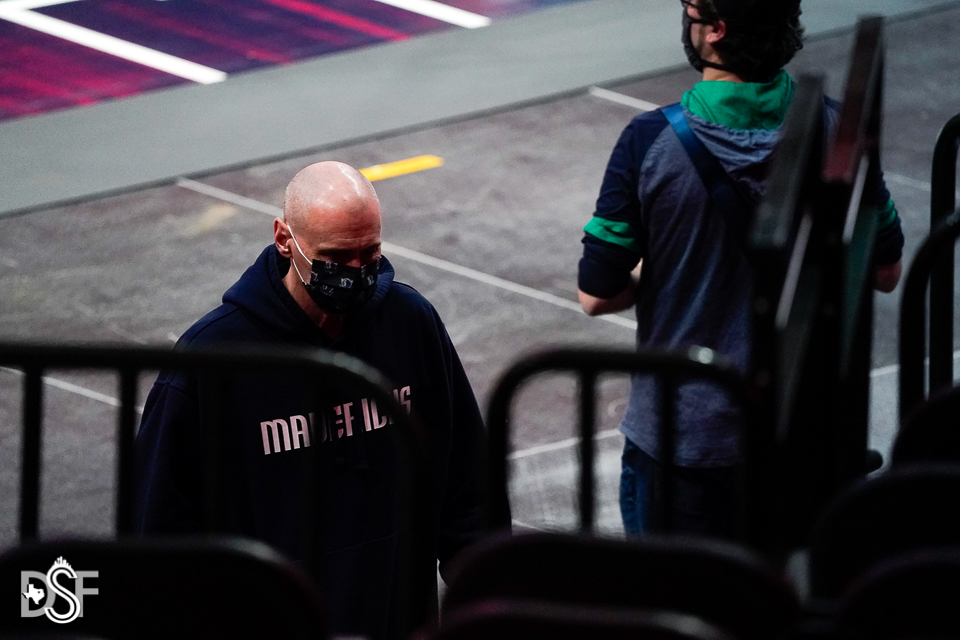 The Mavericks’ 138-115 loss on Christmas Day came down to two things: poor defense and poor rebounding. You can win games in the NBA scoring 115 points like Dallas did, but you will usually lose games when the other team scores 138, you get outrebounded 53-27, and you will ALWAYS lose if your opponent has 35 second chance points and you have 0.

“You can’t win a game when second chance points are 35-0, it’s as simple as that. If we box out, we win the game,” Luka Doncic said postgame.

The Mavericks had just 3 offensive rebounds compared to the Lakers’ 17 and Josh Richardson had a theory why it turned out that way.

“I think a lot of that comes from us just turning to the rim when a shot goes up and not looking for bodies.” While no one on the Lakers had a double digit rebounding total on their own, notable Mavs villain Montrezl Harrell had a game-high five offensive rebounds and had a higher plus/minus than anyone on Los Angeles other than LeBron James or Anthony Davis. The Mavericks were out-hustled and outsmarted in all aspects of the rebounding game and it absolutely sunk them on the biggest stage they’ve been on in years.

Rick Carlisle was understandably unhappy after the game.

“Things like possessions, like numbers of rebounds… we’re going to have to do better there. That’s all there is to do it.”

While the Mavericks weren’t dominated by offensive rebounds in game one against Phoenix, they sealed their fate by giving up a long offensive rebound in the final seconds off a missed shot by Devin Booker. Sealing the defensive board would have given Dallas the chance to tie the game with about seven seconds remaining in regulation. It’s just one play, but it was an example of the biggest problem for this team through two games.

Without their 7’3 unicorn who led the team in rebounds per game last season at 9.5, how does this problem get any better? That’s what coach Rick Carlisle will have to figure out. Just hammer home the point even more with the guys who are on the team right now? Completely re-shuffle the big man rotation?

“You can always change the lineup and put more size in,” Carlisle said after the game Friday night. “I see a lot of possessions where we show a level of tenacity that’s necessary, but too many where we don’t.”

That’s the truth. Rebounding at the NBA level comes down to something like tenacity.

Tenacity: “the quality or fact of being very determined; determination”

Anyone on an NBA court in 2020 can just have four rebounds fall into their lap over the course of 48 minute game. There are dozens and dozens of three point shots being hoisted by two teams each night and balls take long bounces off the rim when they miss and just go to someone who has their hands up. Plenty of the time throughout the course of a modern NBA game, a team won’t even have someone prioritizing being in position for an offensive rebound. The emphasis is to get back on defense before the other team quickly gets a shot up and scores on the other end.

However, whenever a team does try to gain an advantage on the offensive glass, they have to really want it to get it. You have to bump into other big bodies to come up with the ball. Too often on Friday night, someone like Montrezl Harrell brought more physical “want it” to the pursuit of a rebound up for grabs than any Mavericks defensive rebounder.

This doesn’t come down to just having the biggest lineup. Adding Porzingis and his incredible size and length will help, but it won’t solve everything. This comes down to effort, intensity and some basketball IQ keeping yourself in the right position.

The Mavericks will face another tough and talented team with size on Sunday when they face the Clippers for the first time since their playoff series last August. They’re going to have to play with more intensity and toughness than they’ve shown through two games so far this season.