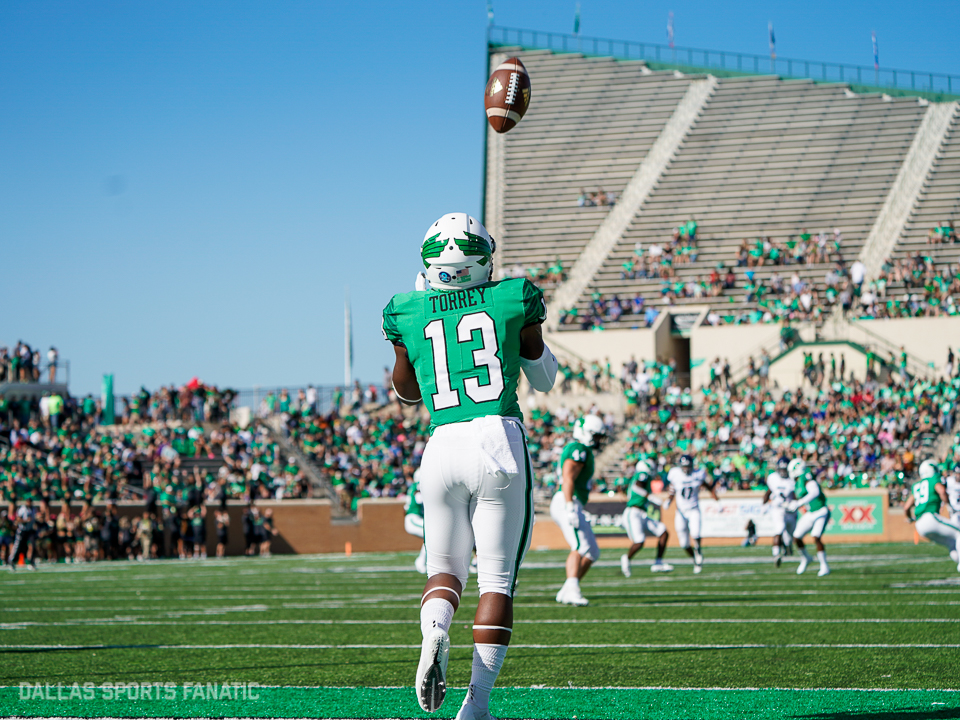 Things are looking up in Denton after the North Texas Mean Green easily disposed arch-rival SMU at Apogee Stadium. The program is on the rise and the team is happy to be 1-0. With FCS opponent Incarnate Word tonight and a matchup a week later on the road with Arkansas, could have any team looking past this game. That is something head coach Seth Littrell is trying to avoid this week as he gets his team focused on the Incarnate Word Cardinals.

A lot of the talk this week has been about not eating the cheese, the old sports adage about not getting to ahead of yourself or focusing on the task at hand. Legendary NFL coach Bill Parcells was known for preaching that lesson to his team. Littrell hopes his team realizes that any team can be a threat on any game day.

“We will approach this game just like every other game,” Littrell said. “FCS schools beat FBS teams all the time. You have seen some of those things through the years. They have good football players at that level. If you are not preparing the right way, you’ll get beat.”

If the team could do that, they have a great chance of going 2-0 for the first time since 1994. The one thing they have to watch out for is the Cardinals’ offense which gave some fits to New Mexico State last week. Coached by former Texas Tech receiver Eric Morris, the Cardinals put up 24 points in their loss. A big reason for that is their quarterback Jon Copeland who is a Denton native.

Copeland threw for 328 yards and a touchdown and the team had a total of 566 yard in the game. If the Mean Green defense executes their assignments, they should be able to hold off this team. This is not an offense you want to overlook, or they will make you pay for it.

This should be a game that UNT can easily win and it should be over rather quickly, if the team is still focused and does their job. It wasn’t too long ago that the Mean Green was blown out at home to a FCS school.

In the end, the Mean Green should easily take care of Incarnate Word and move to 2-0 on the season. Kickoff is tonight at 6:30 PM CST from at Apogee Stadium in Denton, TX. The game will be televised on ESPN+.