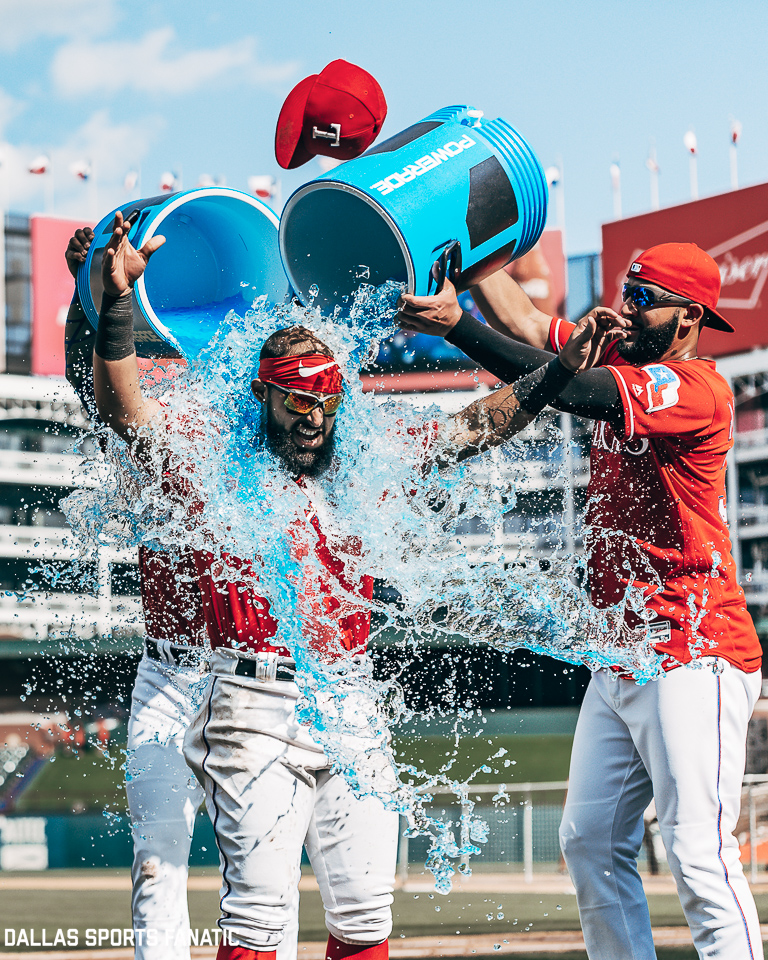 The Rangers and Tigers squared off for the second time this weekend, and for the fifth time overall in 2019. Texas aimed to keep a perfect season against the reeling cats (4-0 coming into Saturday). The Rangers turned to Adrian Sampson, making his first start at home since June 23 against the Chicago White Sox. Detroit countered with their ace, Matthew Boyd.

This is Miguel Cabrera, he homered just now. Is 2-0 Detroit in the first inning. #rangers pic.twitter.com/GIh2CBy2si

The night started with another top of the first inning deficit. Miguel Cabrera launched his seventh home run of the year to dead center field and put the Tigers up 2-0. Saturday night’s game became the eighth straight game at home to where the Rangers starters surrendered at least a first-inning run to the opposition. After a few stressful innings for Adrian Sampson, the Rangers offense shifted into gear. Jose Trevino singled home Isiah Kiner-Falefa in the third inning followed by a Willie Calhoun home run in the fourth. The Tigers reclaimed the lead on a Harold Castro two-run single up the middle and put Detroit up 4-2.

It took until the seventh inning, but the Rangers crept back into the game with a Delino DeShields RBI double scoring Trevino. Two batters later, Texas tied it on a sacrifice fly by Elvis Andrus that came extremely close by an excellent throw by rookie Travis Demeritte. Elvis nearly won the game in the bottom of the ninth, but an incredible catch by newly inserted veteran Gordon Beckham sent the game to extra innings. However, Rougned Odor picked up the club and won it with a walk-off home run to the Tigers bullpen in the tenth inning.

It was another struggling start for Adrian Sampson. However, he settled down in the third and fourth innings. Chris Woodward lifted Sampson after 4.2 innings where he allowed seven hits, four runs, four walks, and two strikeouts. Saturday marked the fourth consecutive outing that Adrian allowed four or more runs, and the fourth straight start (twenty-two runs allowed in the last four starts). I asked Woody post-game about the overall evaluation of Adrian Sampson. “He just has to find a way to be consistent, like pitch-to-pitch-to-pitch-to-pitch and he just seems to have these little rough stretches most of the time at the beginning or at the end of the game where he can’t quite stop the bleeding.”

In addition, I asked Adrian Sampson if Saturday’s outing builds on his next start. “Yea, just being able to throw my pitches for strikes and get some swings and misses. Get the ball on the ground. [It’s] something to build off of and the stuff I’ve been working on the four days not pitching, I’ve seen it into the game a little more so it’s a positive for me.”

It was an up and down night for @ad_sampson, but he saw plenty of good stuff to build off of and was happy the @Rangers got the win.#TogetherWe pic.twitter.com/9h6Zw81kCZ

In the bottom of the sixth inning, things got chippy between Tigers starter Matthew Boyd and Rangers’ second baseman Rougned Odor. On a 3-2 pitch, Odor got plunked in the ribs. Afterward, Odor said some words with both guys staring each other down. It ended with home plate umpire Eric Cooper escorting Rougie to first base. Odor talked about what happened after the win. “It was part of the game. It’s over.” Rougned told the media what Cooper said to Odor after the hit-by-pitch. “[Cooper] was telling me that [Boyd] was not trying to hit me. It’s a 3-2 count, that’s all.”

Texas and Detroit conclude their season series on Sunday afternoon. First pitch scheduled for 2:05 pm. The Rangers send rookie Pedro Payano to square off against veteran Jordan Zimmermann. Texas will go for their first series sweep since sweeping the Tigers in Detroit in late June. Coincidentally, that series was the last time Texas won a single series.

Nate Jones came into the clubhouse before the game and talked about the trade and his status. Jones responded to where he’s at and if he’s throwing. “We’re not here yet, actually it clear[s] at the four-month mark (September 13 target) to start throwing. Right now we just started in on biometrics, getting ready for that just to be as strong as possible at that point. Everythings been going good, no setbacks.” Nate also went on saying that he wants to learn all about his teammates and the franchise. According to Jones, the only player that is on the current Rangers club that he knew personally was Shawn Kelley.