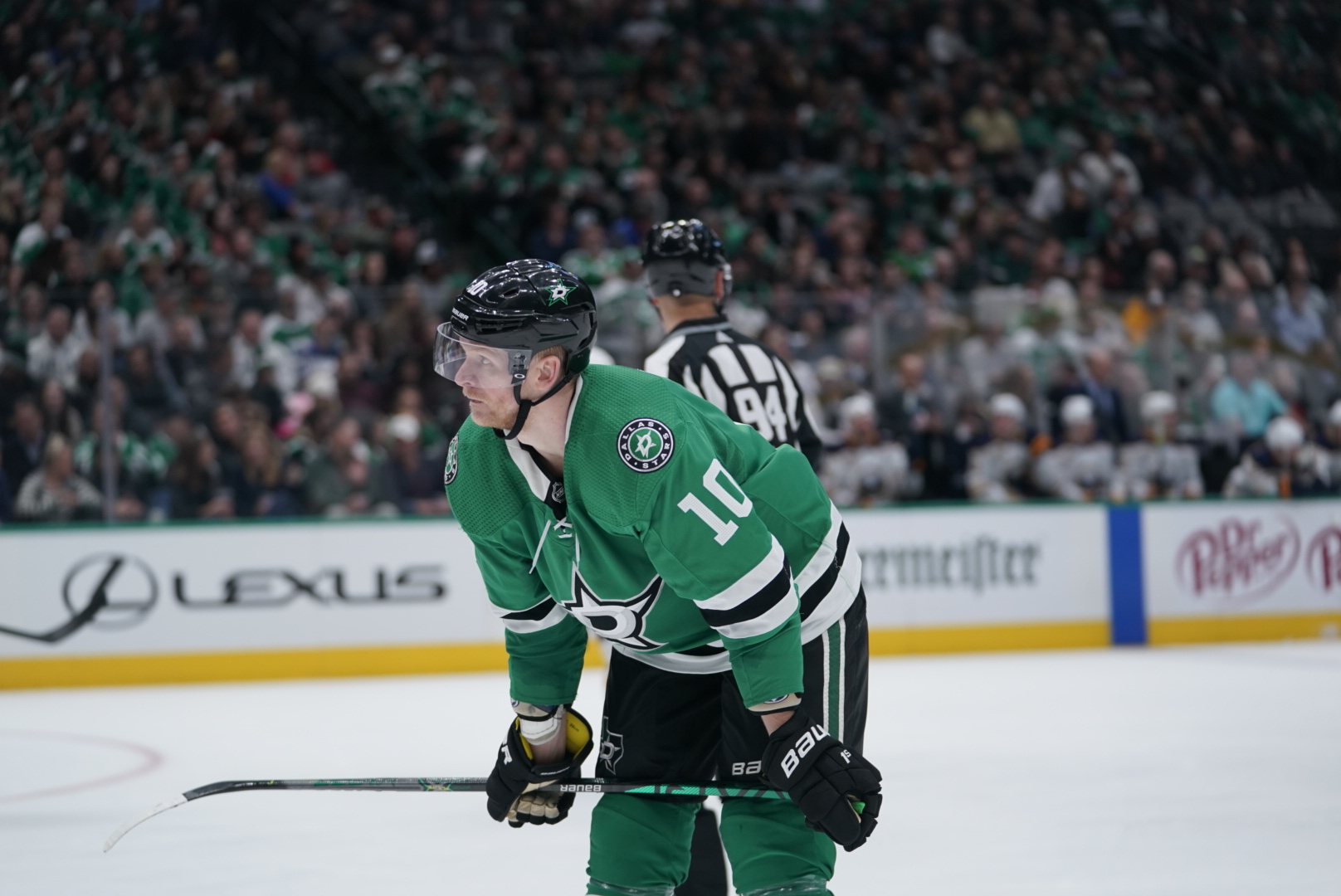 The Stars came into the game after a disappointing 4-0 loss on the road against Buffalo, in October.  Since then, they have found their groove, only losing a total of eight games in regulation since.

The Sabres were riding a two game win streak, looking to continue on towards their playoff hunt.

The Sabres’ Jimmy Vessey opened up the scoring, a little over seven minutes into the period, when the Stars failed to get the puck out of the zone after a break out pass.  The goal was assisted by Sam Reinhart and Jack Eichel.

The Stars gave them chance on the powerplay less than two minutes later, when Esa Lindell committed a minor penalty for high sticking.  However, Buffalo’s powerplay would be unable to convert.

Dallas was able to get a great chance after Gurianov and Perry made a nice give and go play, but Linus Ullmark made a brilliant, back door save.

The Stars tied up the game at the 15:32 mark of the 2nd period.  Miro Heiskanen took a pass from Tyler Seguin, that went just wide of the net, careening right off the boards to Jamie Benn who tapped an easy back door goal.  The goal was Benn’s 12th, putting him 3rd on the team behind Radulov (13) and Hintz (15).

Joel Kiviranta took a tripping penalty just before the 12 minute mark of the period.  However, Blake Comeau hustled to a loose puck, nearly getting a breakaway 54 seconds into the penalty kill, and Rasmus Dahlin had to take a two minute hooking penalty to break up the play.

Dahlin got his revenge with a beautiful snapshot from the point, after the Stars once again, failed to break the puck out of the zone.  Okposo and Jokiharju would be credited for the assists on the play.

The Stars were out shot for the majority of the third period, after dominating the second.  Buffalo gave them a powerplay opportunity at the end of the game, that only ended up in an empty net goal against Dallas.

Buffalo would net another, without the goalie, to conclude the game 4-1.

While the Stars were able to put up a fight and keep it close, they could not come from behind to win, as recent memory has shown.

While Rick Bowness has managed a solid record for the Stars as interim head coach, one has to wonder if the team will pick up newly available, Gerard Gallant, as new coach.  The Stars have consistently gone into third periods behind, since Bowness has taken over, however, they’ve pulled out wins for the most part.