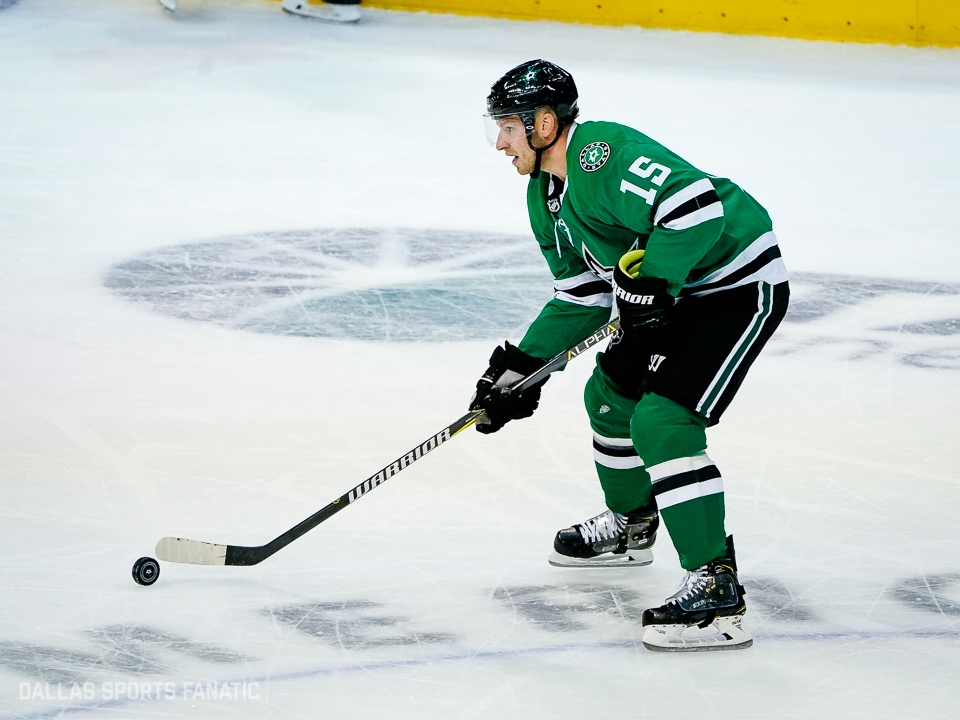 Senators push past the Stars, 4-1, in their first meeting of the year

Senators push past the Stars, 4-1, in their first meeting of the year

The Dallas Stars started off the game with a strong first period. They moved the puck around well and seemed to effortlessly manhandle the Senators. Young first-round pick Brady Tkachuk twisted his ankle after trying to lay a hit on newcomer Blake Comeau in their defensive zone. A goal by defensive leader John Klingberg opened up the scoring between the Sens and the Stars, on the power play, to put the away team on the board. Tyler Seguin finished the first period third in assists for the Western Conference. The period concluded one-nill, with Dallas on top.

Post first intermission talks, Ottawa came with several quick shots out of the gate.  Dallas was able to regain control of the game with chance after chance. Following much back and forth, the Sens’s defenseman Maxime Lajoie tied the game up at a goal each, matching defenseman John Klingberg for most goals by a defenseman thus far, to close out the second period.  With 19.2 seconds remaining, Bishop made the initial save, but the Sens tallied to rally a one-one tie. Despite a strong second period outing against the Ducks on Saturday, Dallas was unable to capitalize on scoring chances developed by Coach Montgomery’s puck possession style of play…

Shortly into the third period, Brady Tkachuk beat rookie Miro Heiskanen in a puck battle. An offensive attack ensued after the Sens began cycling the puck down low. Even though Dallas had multiple opportunities to clear the puck, the home team scored a goal by Ottawa’s antagonistic pest, Brady Tkachuk. Quickly after home ice momentum was gained, captain Jamie Benn was rocked after a breakout pass, courtesy of 2016-2017 hit leader Mark Borowiecki. That propulsion let the Ottawa Senators come away with a nice go-ahead goal, by Mikkel Boedker, assisted for his second of the night by Matt Duchene, following a turnover behind the net by call up Jason Dickinson. After a nice no-look pass, Methot and Bishop were both caught watching on a sneaky goal, to put the Sens ahead. In what has become a fine line between strength and finesse within the league, the need for positioning and strength in front of the net has been more crucial than ever.  Defenders are incapable of deciding what is a good “tie up play” in front of the net, and what is a “modern age” penalty, and this was clear after watching defender Mark Methot in front of Stars’ netminder Ben Bishop.

After an empty net goal, the Senators came away with the win 4-1.

An extremely bright point for the Stars tonight was young stud John Klingberg. Owning the only goal for the team, he seemed to be more comfortable than ever handling the puck. Tied for lead in the NHL amongst defensemen in goals, Klingberg has registered four on the stat sheet. While many might make the argument that he’s playing on one of the strongest first lines in The Show, his maturity has progressed, and he has shown to be one of the best defensemen in the league.

Coach Jim Montgomery followed the game with comments regarding the young defenseman, “I think he’s confident right now and shooting the puck a lot, that’s good for the power play and his confidence long term.” He concluded with the statement, “to be a playoff team, you have to be at least .500 on the road…the reward wasn’t going to be there for what we were trying to do.”

Winning is about focus and being prepared.  Last minute goals can kill momentum.  Dallas gave up a goal with 20 seconds remaining in the 2nd period.  It’s tough to give up a late goal and lose that momentum.

If you want to be a good team, you have to have a good away record. We’re a different club, playing a different style than we did last year.

Jason Spezza won 10-of -14 faceoffs against his old team, with 11 years in Ottawa, and the rest with the Stars. He was the Stars’ leading centerman in between the dots.

New Jersey will help them rebound tomorrow, as they play their second game in two days. Three games in four nights.  No skate in the morning.  Get up, get to the rink, and play.

Jim Montgomery  finished by saying this was, “the least energetic game that they have played so far.”