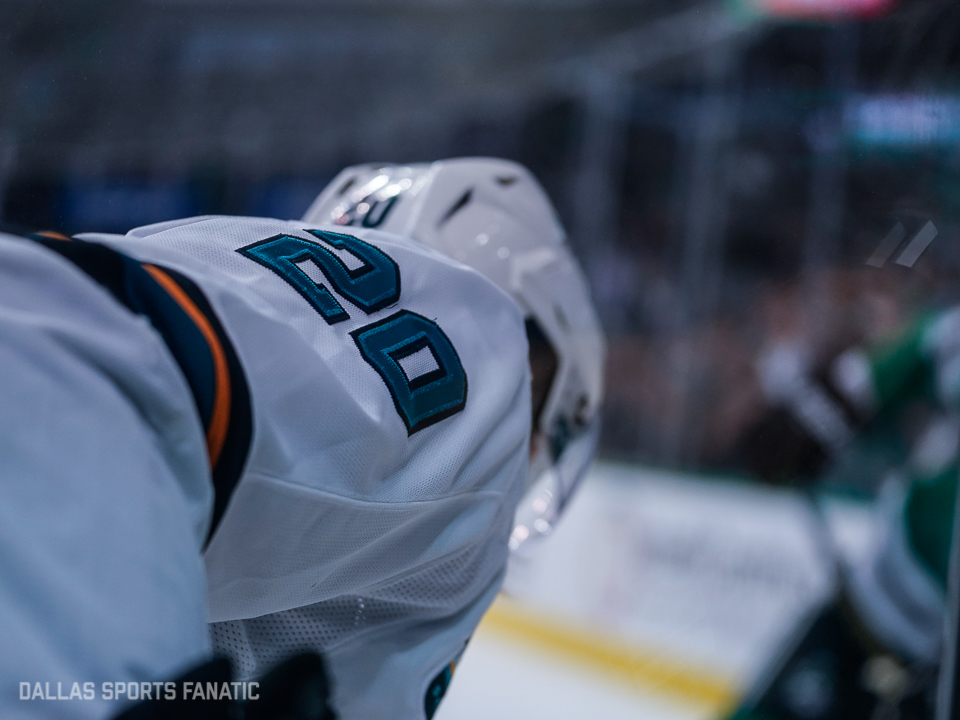 Sharks bite back in their final meeting with the Stars

Sharks bite back in their final meeting with the Stars

The Stars came into the game dominating the Pacific Division at 9-2-1, with two consecutive wins against the Sharks.  Julias Honka  was not scratched for the first time, after being scratched seven games in a row.  The Sharks were looking to get their first win in three meetings with the Stars this year.

Although the Sharks led the Stars in shots 5-3, the lackluster period certainly took the home crowd out of the game.  The Stars’ smart team play was able to slow the game down and maintain pace throughout the period, which ended scoreless.

A little over three minutes into the second period, Faksa was able to net his 5th goal of the year, off a ricochet from Honka’s shot off the post.  This put the Stars up 1-0.

Logan Couture won a faceoff against Radek Faksa, which then resulted in a tying San Jose goal.  After Timo Meier received the puck from the face off, he set up a give and go with Brett Burns, and put one past Khudobin, on a clearly drawn-up play.

While the goal seemed to bring the Shark Tank back to life, the period ended with goals (1-1) and shots (15-15) even.

Khudobin was his typical self, steady and consistent, stopping 14 of 15 shots through the first two periods.

Faksa started the third period, with Pitlick and Nichuskin at the wings, and Heiskanen and Polak on the point.

Timo Meier broke the tie after a great defensive play from Erik Karlsson.  A quick give and go was set up between Meier and Couture, resulting in Meir’s 2nd goal of the game.

Jumbo Joe put the Sharks at two goal advantage, after catching a bounce to his forehand.  The Stars won the faceoff, but Thornton stripped Pitlick of the puck and set up a bit of a broken play, that resulted in a Shark’s goal.

Miro Heiskanen made it a 3-2 game, after a quick snapshot from the slot.  His play at the end of the game was very dominant, and he looked like a 10 year veteran, making his play look effortless.

It would not be enough though, as the Sharks would close out the game, after a frantic last minute effort by the Stars.

Miro Heiskanen is tied for third in points in rookie scoring, at 17, just behind Colin White at 19, and Elias Petterson at 32.  He’s certainly been one of the Stars bright points on the defensive end this year, along with Finnish teammate Esa Lindell.  The two Fins have easily been the Stars’ best defensive players up to now.

It seems that after Coach Jim Montgomery scratches players for extended periods of time, they come back with a stronger purpose.  Brett Ritchie had consecutive games with points, after being scratched a couple games back.

Erik Karlsson seems to really be coming into his stride, as he settles down with his new team.  Parts of Heiskanen’s game seems quite similar to his, with their stick handling capabilities and quick shots.

The Stars missed a few chances, but they kept themselves in an even game.  There were bright points, and the Stars put themselves in a position to win, which has to be considered a positive thing.  Once some injured players get back, look for more consistency from the Stars.