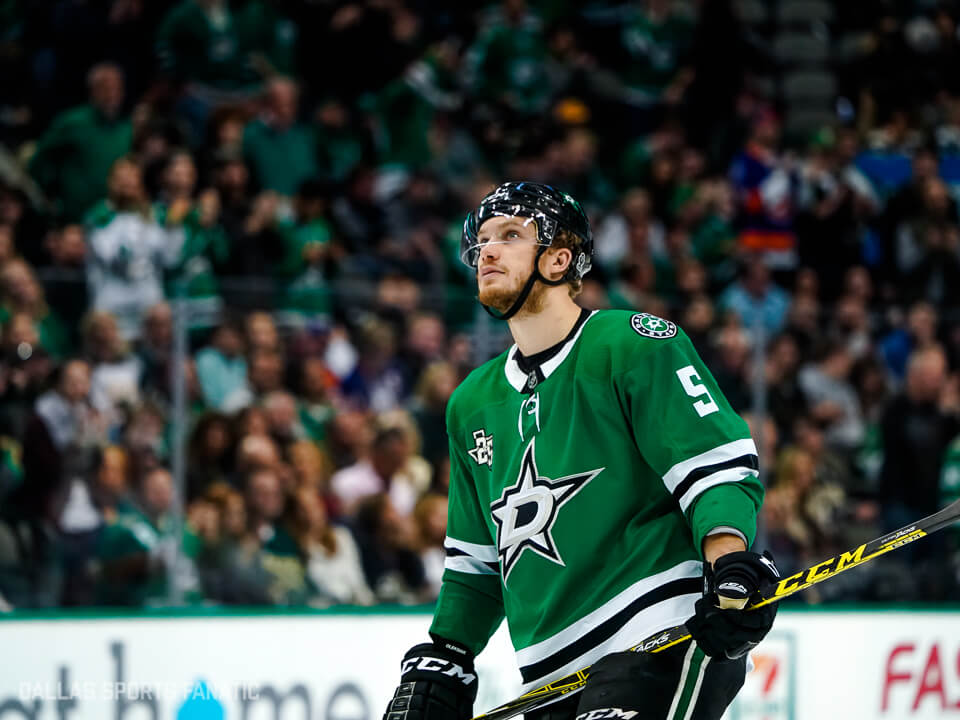 Shootouts Are Dumb: Why Hockey Was Better With Ties

Shootouts Are Dumb: Why Hockey Was Better With Ties

The Stars lost to the Panthers in a shootout on Tuesday night. But, really, they shouldn’t have lost. That game, quite simply, should have ended in a tie. Both teams played an excellent game of hockey, and the crap shoot that is the shootout had no business determining the result.

This is the hill upon which I choose to die.

“But John, ties are kinda boring, and it’s more fun to have a winner for every single game!”

Nope! You, my imaginary critic, are incorrect. And I would know, because I just invented you.

Anyway, ties aren’t really as boring as everyone might think. Let’s take that Tuesday game and analyze the net excitement of the fans over the course of the game’s events.

We start things off with quite a lot of excitement; that 5-0 stomping of the Islanders was a hell of a game, and we were all looking for a better performance after that mess in Carolina. Meanwhile, Panthers fans are packing their arena, they’ve had some pretty good games lately, and they’re also pumped. Net excitement is high.

And then Huberdeau put two on the board for the Panthers. Some excitement is transferred from Stars fans to Panthers fans. Note that so far, no excitement has been lost, as generally, The Laws of Excitement-dynamics state that excitement is neither created or destroyed.

A few minutes later, and our favorite fifth-round pick gets one back for the good guys. Excitement begins to rise for Dallas, and drops for Florida. Now looking at about 66/33 split.

Now we’re in the middle of the 2nd period. It’s a 2-1 game, and not in our favor. Jamie Benn decides that scoring one goal is pretty cool, and is generally the idea that our management had in mind when they drafted and signed him, one might even refer to that as his job, but he thinks to himself “What if I scored another goal? Wouldn’t that be pretty sweet?” or something of the sort. And then he goes and scores that second goal to put us level. Excitement is back up to an even 50/50 split!

Remi Elie then puts Dallas in front a few minutes later, pushing the excitement split to 60/40 in favor of Dallas!

And then early in the third, Barkov gets things tied again, for Florida! Excitement back to an even 50/50 split.

Now let’s examine what would have happened had the game ended at this point. The change in excitement from the beginning of the night is negligible, and everyone walks away satisfied. Neither team deserves to lose a well-played game where they trade blows and match pace. Really, no one who walked out the arena at this hypothetical ending would feel upset about this tied result. If you’re a Panthers fan, you got to watch a nice comeback in the 3rd period. If you’re a Stars fan, you see Jamie Benn get two nice goals, and the team go toe-to-toe with the legendary Roberto Luongo. Honestly, sitting at my desk and watching this game, I felt great about what I just witnessed. No regrets, no complaints.

This is how the NHL, and the rest of the hockey world, used to operate, and it was a beautiful thing.

And because ties are verboten, we got 5 minutes of blitz 3-on-3 overtime hockey action. If I’m honest again, this isn’t a bad compromise. Some teams start to surge late and tie the game in the final minute of regulation, and at that point, I can understand and even respect a craving for a little bit more. The dessert to the game, if you will.

And the NHL has worked with this 5 minutes of sudden death overtime for over thirty years, which does officially make it a tradition. The 3-on-3 change made recently to up the pace and turn it into a nonstop offense showcase, while recent, is still within the spirit of the 5 minute overtime modification, so I’m not going to call it out. Plus, I enjoy that too.

But if both teams still remain level after those five minutes, the powers that be have arbitrarily decided that one of these two teams still needs to win. Why? We’ve seen 65 minutes of hockey tonight, and neither team was a clear winner or loser. Leaving it as a tie is fair and respectful to both teams, and accurately quantifies what’s occurred. There is no concrete reason for one of these teams to be awarded a “win”. The rules of hockey state that it’s a game in three periods of 20 minutes, with a five minute overtime period. They don’t say that it’s like Test Cricket, where the game can go on for a week to determine the winner. We have rules about how many minutes are played in a game.

Consider this: if we apply the (dumb and irritating) modified clock used in the Australian Ice Hockey League, wherein the first and second periods are reduced to fifteen minutes each, to some recent NHL games by removing the final five minutes of those two periods, we lose a lot. Take that 5-0 game against the Islanders. Two of the goals were scored within the final five minutes of the first two periods. That reduces the score to 3-0. If one were to objectively compare the two scorelines, they would find that a 5-0 win is approximately 66.67% better than a 3-0 win, due to an approximately 66.67% increase in goals scored. You know, that thing that a large chunk of a hockey team’s roster is paid to do.

I imagine a number of people reading this didn’t know about that rule in the AIHL, and are thinking that it’s pointless and arbitrary, and irritating. Good! Channel that energy, because we’re about to bring this increasingly meandering train of thought back around.

Those weird clock changes in Australia are in the same boat as the shootout rule. It’s a purely arbitrary decision made by some commissioner and their staff of whoevers, designed to make hockey better in some impossible to quantify metric. Hockey doesn’t need to be better. Hockey is already fucking amazing. We all know this. Changing the rulebook means that the hockey we’re watching isn’t the same hockey that Wayne Gretzky played. Think about that, and feel sadness and disappointment and irritation with Gary Bettman. Channel your inner Nordiques fan. And this rule change was only made because they felt fans would be disinterested in hockey following the cancellation of the 2004-2005 season. We weren’t disinterested in hockey, we were disinterested in the NHL because the ownership and commissioner couldn’t reach a compromise. We were upset not at the sport, but at the decisions of the league, and they draw the conclusion that the best solution involves more arbitrary league decisions. Right.

So now I’m going to return to the net excitement readings. The shootout is the one event in a hockey game that can cause a loss in total excitement. Just listen to the crowds at your local hockey arena, wherever it may be, following a regulation win, an overtime win, and a shootout win. The first two are very, very close, with maybe a slight edge to overtime, but they’re both a head above the energy following a shootout win. Even the pumped up home fans tend to react less intensively to the shootout win.

And thus, my proposal: end the shootout. It’s an arbitrary gimmick, it doesn’t reflect the skill or performance of either team, and it saps away excitement. Replace it with a return of the ties column in the standings. And while we’re at it, let’s fix the points tally in the standings. Soccer got it right by increasing the value of the win from 2 points to 3. That alone is enough to reduce complacency in playing for a draw, a common argument in favor of the shootout. That leaves us with 3 points for a win, 1 for a draw or overtime loss, and 0 for a regulation loss. Teams have an incentive to win whenever possible, and aren’t punished for keeping things level as long as possible.

This is what hockey was, plus or minus the 5 minutes of overtime, for the vast majority of the NHL’s existence. Baseball has 9 innings, soccer has two 45 minute halves, and hockey has three 20 minute periods. Don’t try to fix what has worked beautifully for a century.

Oh, and one more thing. Bring back the old conference and division names. That was wonderfully different and uniquely NHL, and it died a tragic death at the hands of the same people responsible for these other infuriating rule changes. Eastern Conference and Western Conference are inferior names in every possible way except geographic accuracy to Prince of Wales Conference and Campbell Conference. Replace the Atlantic and Metropolitan divisions with the Adams and Patrick divisions, and likewise, the Pacific and Central divisions should be the Smythe and Norris Divisions. It’s just better. Considering the odd shaped divisions and conferences the NHL has used for decades, there’s no real reason to suddenly commit to geographic accuracy in naming.

Stars play the Tampa Bay Lightning tonight. Follow me on Twitter @JohnMLTX if you’d like to start an argument with me over any points raised in this article, or just want to read some menial thoughts on tonight’s game.