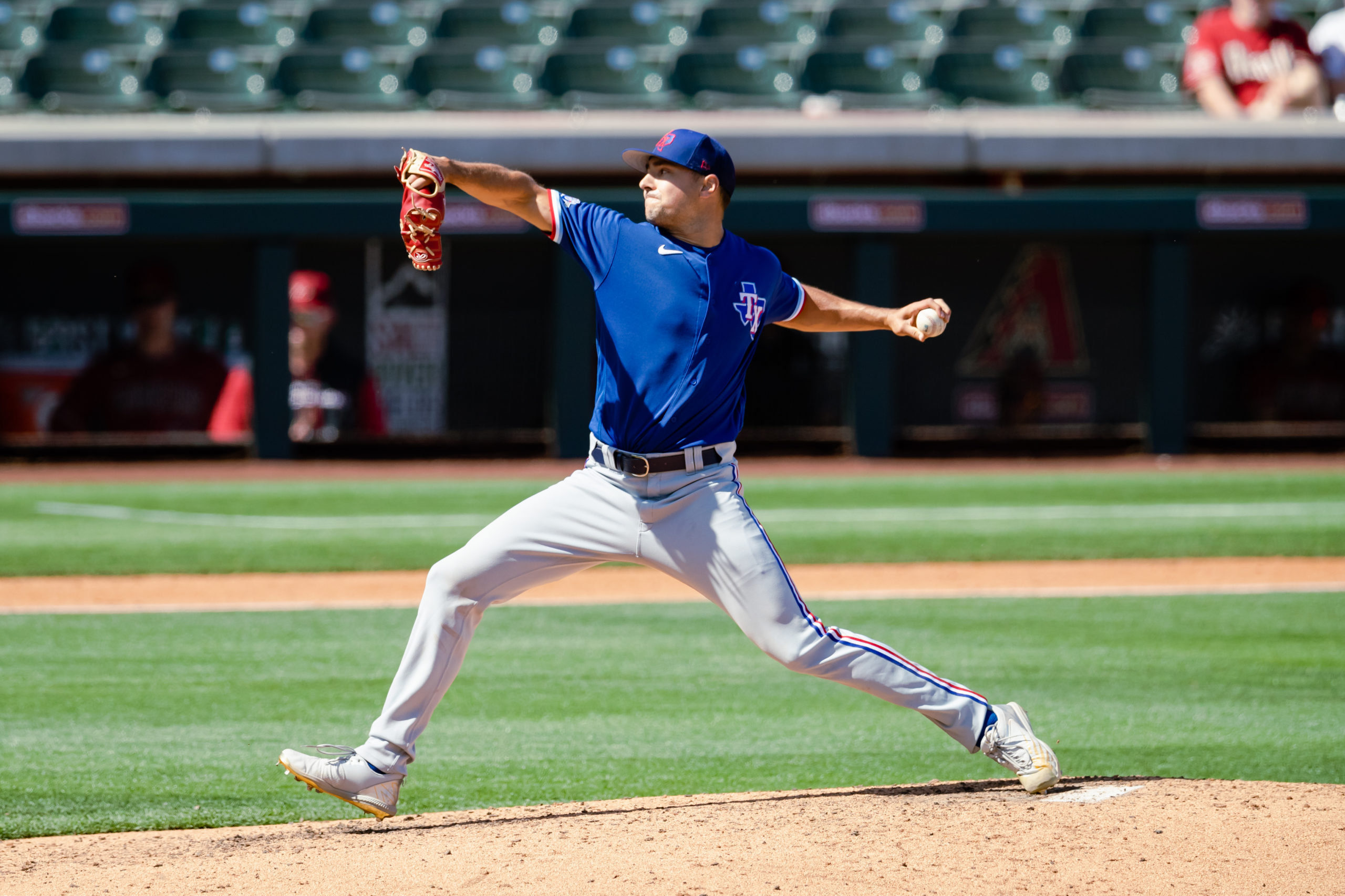 Should the Rangers revisit Brock Burke as a starter?

Should the Rangers revisit Brock Burke as a starter?

Brock Burke’s success is being noticed by Rangers fans and the coaching staff. Burke has pitched seven scoreless outings (thirteen innings) so far this season. Burke allowed twelve baserunners in the thirteen outings. In the three outings in June, Burke allowed an extra-inning run (unearned) with six baserunners.

“He’s been good at executing if there’s a little bit of stress on him,” Rangers manager Chris Woodward said.” Burke was a starting pitcher in the Texas system through the minor leagues and started six games in 2019 for Texas. Last month I asked Rangers manager Chris Woodward about possibly building Brock Burke up as a starting pitcher. In April, Woodward told me that the coaching staff might re-evaluate when Jose Leclerc and Jonathan Hernandez come back possibly at the end of this month.

However, the success for Burke to start 2022 is making the Rangers ponder the possibility of Burke as a starter. “It’s hard to ignore how well he’s performed,” Rangers manager Chris Woodward said. It’s something we kick around because he’s performing so well.” For Burke himself, the bullpen role he has now is what he’s embracing. “I thought it was going to be harder than it is the everyday aspect of not knowing when you’re going to go in, and that stuff was going to be hard,” Brock told me. “I like being more engaged in the game, getting ready, never knowing when you’re going to go in. It keeps you on edge.” He’s gotten used to the current role and while being a starter sets a pitcher up for a more planned schedule (working on pitches, bullpens, etc.), it also makes the season feels longer, according to Brock.

Burke also told me the Rangers pitching coaches do an excellent job of giving him a schedule on when he would pitch. “[If] I’m throwing multiple innings where I kind of know days I’m going to be down,” Burke said. “If I throw two, I’m going to be down two. If I get up twice, I’m going to be down twice.” Rangers manager Chris Woodward says that in the innings where there’s traffic, Burke opens his eyes more than when it’s a clean inning. Performing when there’s traffic on the bases is a key to taking the next step forward with any position. “How we perform under pressure is going to define us as a champion. We can’t get away from that,” Woodward said.

The question remains of why there’s the hesitation in moving Brock Burke to the rotation. Well, there are a couple of factors:

Burke is effective out of the bullpen, and while the Rangers may view Brock Burke as a starter long into the future, it’s also about keeping what’s working.

Brock Burke has a string of fifteen straight scoreless innings dating back to April 29th vs Atlanta.

To keep it that way with two on and none out in the 8th was impressive. #StraightUpTX

The Rangers certainly are handed a scenario where if someone in the rotation goes down or is ineffective, the club may turn to Brock Burke to fill that void. “It’s hard to ignore that. If there’s a lack of performance or someone goes down, who is our next option?” Woodward said. There’s a situation where we may have to build him up and allow him to pitch more innings, but it’s a good option to have right now.” The Rangers rotation is performing solid, so I don’t anticipate any significant movements, but stranger things have happened. As for Brock, the reliever role grew on him.