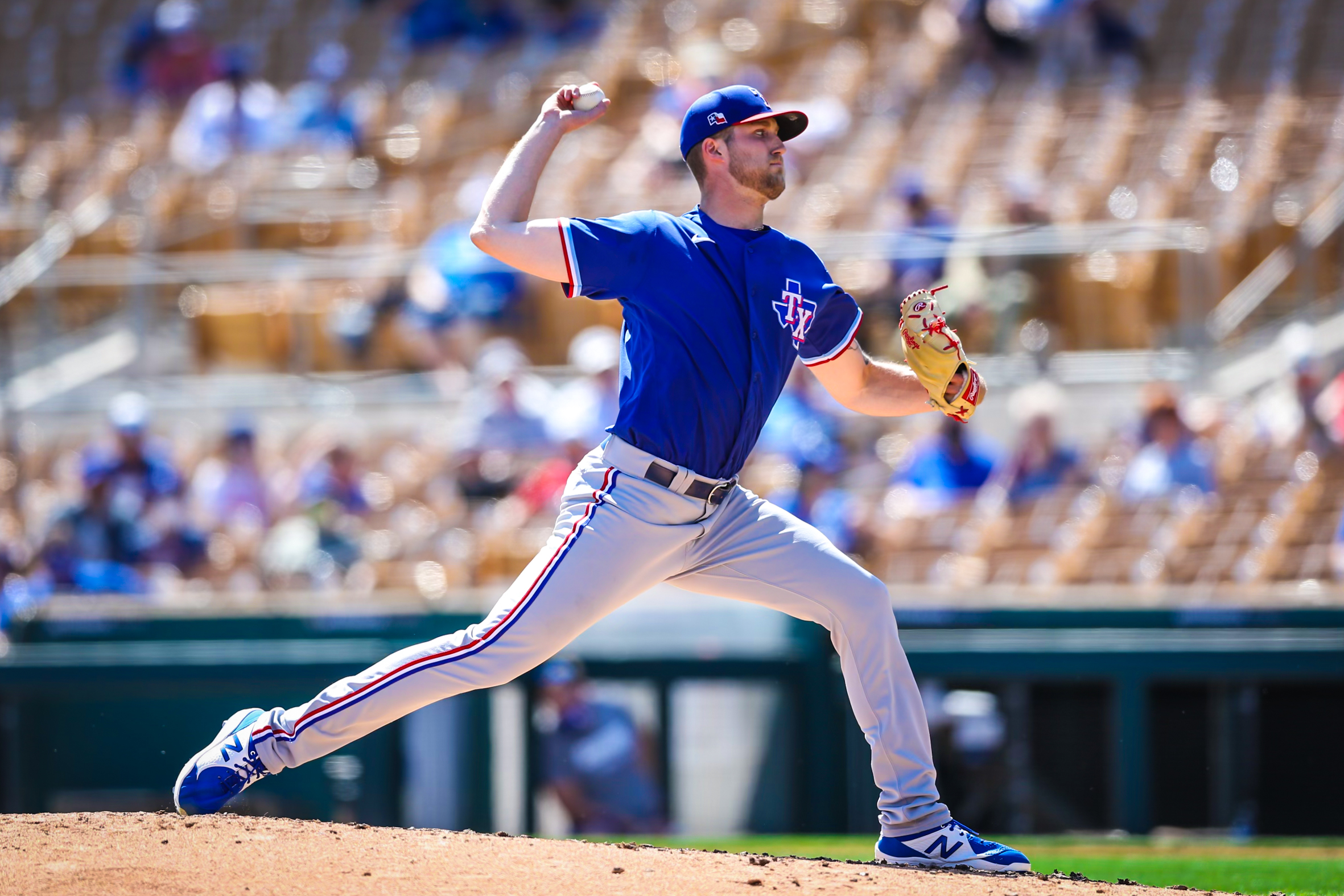 Should there be concern for the Rangers pitching staff after a rough week?

Should there be concern for the Rangers pitching staff after a rough week?

To start Spring Training, the Rangers’ pitchers blew their opponents out of the water. While, yes, Spring Training showed promise to a crystal ball view struggling bunch where length may be problematic. Guys like Wes Benjamin, Taylor Hearn, Kyle Cody, Kohei Ariahara, and Mike Foltynewicz all had great first few outings, but lately, it’s a scuffle on the mound. Since the off-day on Monday, Taylor Hearn allowed four runs in 2.1 innings, Foltynewicz allowed six runs (three earned) on Thursday, Cody gave up five runs in 2.1 innings on Friday, and Benjamin had his worst start of the Spring on Saturday.

Should there be any concern regarding those lines? Well, it’s too early for concern since these lines are outliers compared to previous in-game and intrasquad outings. Keep in mind that these guys are working on their pitches. Therefore, the pitching lines aren’t as indicative as if we were playing regular-season games in April. What’s the deal? Is it a tired arm? According to Chris Woodward on Saturday night, it’s more so execution than anything else. “I think maybe it’s just a lack of execution or pitch selection. I don’t think it’s a consistent theme.”

For Arihara, after struggling in his outing in the “B” game on Sunday, there could be some fatigue settling in. “I do feel like little by little, some fatigue has been building up,” Kohei told me. “But there’s not much time until opening day, so I hope to adjust whatever I need to do so I can be ready for Opening Day.” To clarify, there’s no physical problem, just adjusting to the Major League schedule rather than Japan’s. On Sunday, Arihara threw four plus innings and allowed five hits, three runs, four walks and hit two batters. The Rangers had to roll three of his  innings.

Not a too kind night for Wes Benjamin, 3 innings, 7 hits, 5 runs, one walk and a wild pitch.

5-0 Mariners over the #Rangers through 2.5 innings.

Look, it’s farcical to think that every single Rangers’ pitcher in line for a spot won’t go through a rough patch in Spring Training or even the regular season. It’s part of baseball, and it happens to the greatest. “It happens,” Wes Benjamin told me. “It’s going to happen to everybody.” For Kyle Cody, he’s had a couple of tough outings but positive takeaways came from them. On Friday, Cody allowed a leadoff double in each of the first innings, and while both scored, the inning didn’t snowball on him. “I always try to manage as best I can,” Kyle said to me. “Being able to manage innings is big.” Cody did say there was some fatigue in that third inning where the Dodgers capitalized, an offense that’s the best tune-up for young pitchers. Adversity is something Chris Woodward told his pitchers. “You’re going to get beat sometimes. There are times you’re going to have to deal with adversity.”

Remember, you can’t tune up a pitcher from one to one-hundred percent in a matter of a week. The Rangers are utilizing the full month-load of Spring Training. “We’ll still really early in the season. I’m not built up fully yet where I can go out there and get a full workload,” Kyle Cody told me Friday. “It’s still about growing and moving in the right direction upwards.” For Benjamin, he told me getting hit around is seen as a positive. “I want to see what teams will start doing to me. Sometimes we need to hit around a little bit to keep us on our feet.” Again, things don’t get official until April 1st in Kansas City. Also, Kyle Gibson tore up Arizona in his last start and the guys following are rolling along fine, so it’s not a pitching-struggle virus outbreak. It appears to look like a coincidence with who’s struggling and who is not.

How my off season bullpens are gonna be 🔊🔊 pic.twitter.com/KnD2uNmTKj

On Saturday morning, Chris Woodward gave some clarity regarding the tandem plan regarding monitoring pitches and innings. Woodward mentioned no names, but he provided somewhat of a plan bridging between the two pitchers. I asked Woodward if there would be a hard stop (for example, if a tandem is scheduled for fifty pitches, if he’s done right at fifty, or if there’s some wiggle room). “I don’t think it will be a hard stop,” Woody responded. “I think there will be a time early in the season where It’ll probably be more likely to shut them off to protect them.” Woodward also said that the wiggle room is about 10-15 pitches. He also emphasized “early on”; therefore, the 10-15 pitch cap is temporarily set.