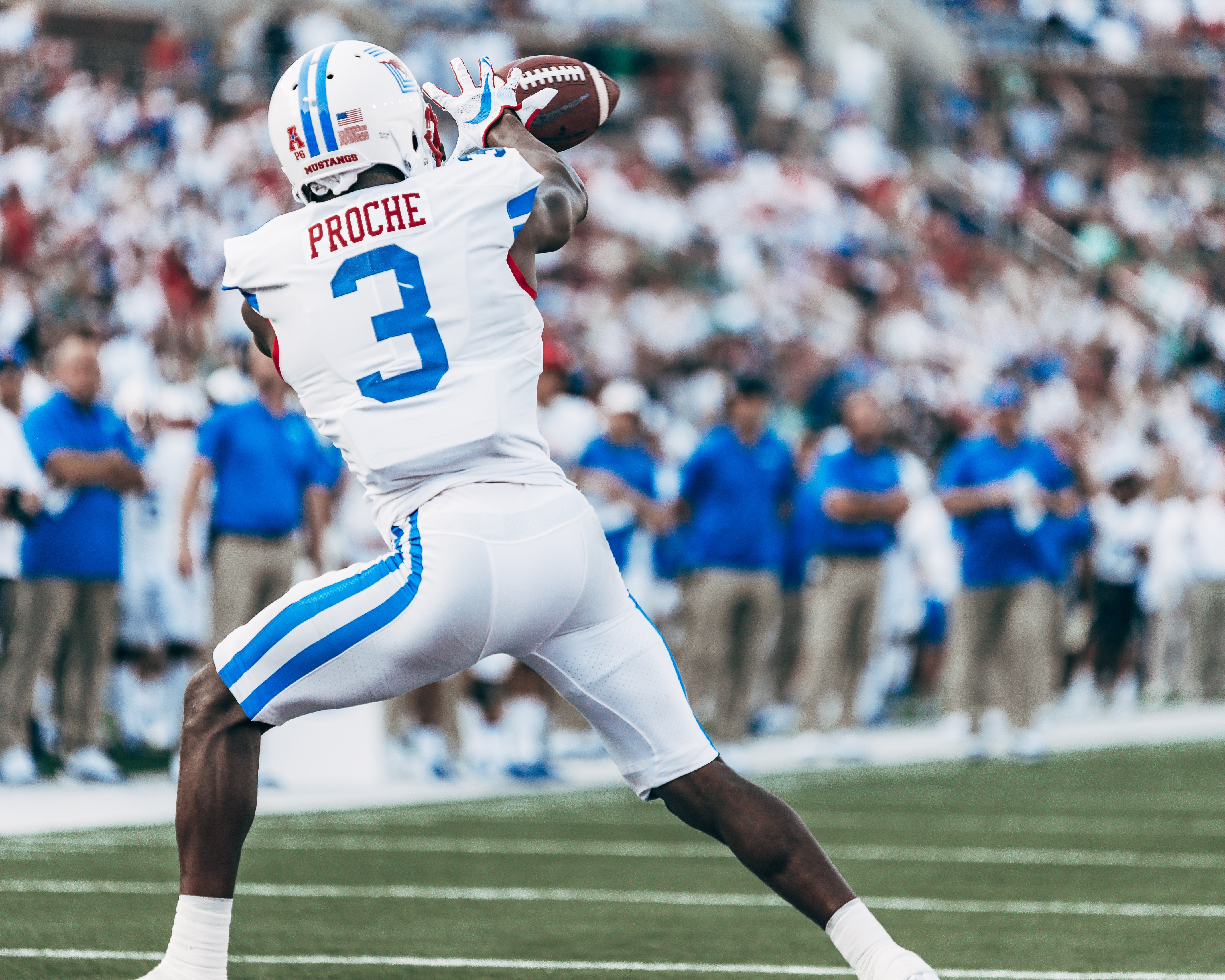 With the 201st pick in the NFL draft, the Baltimore Ravens selected wide receiver James Proche out of SMU. The Ravens traded the 225th pick and a 2021 fifth-round to Minnesota for the pick.

Proche was one of 5 WRs in FBS with at least 1,000 receiving yards and 10 TD catches in each of the past 2 seasons.

In his college career, Proche was targeted 457 times and had a total of just 9 drops.

Proche will undoubtedly go to Baltimore to team up with reigning MVP Lamar Jackson with a chip on his shoulder after being drafted way later than anticipated.

I enjoyed watching Proche the last couple of seasons and wish him the best going forward as he transitions to the NFL.