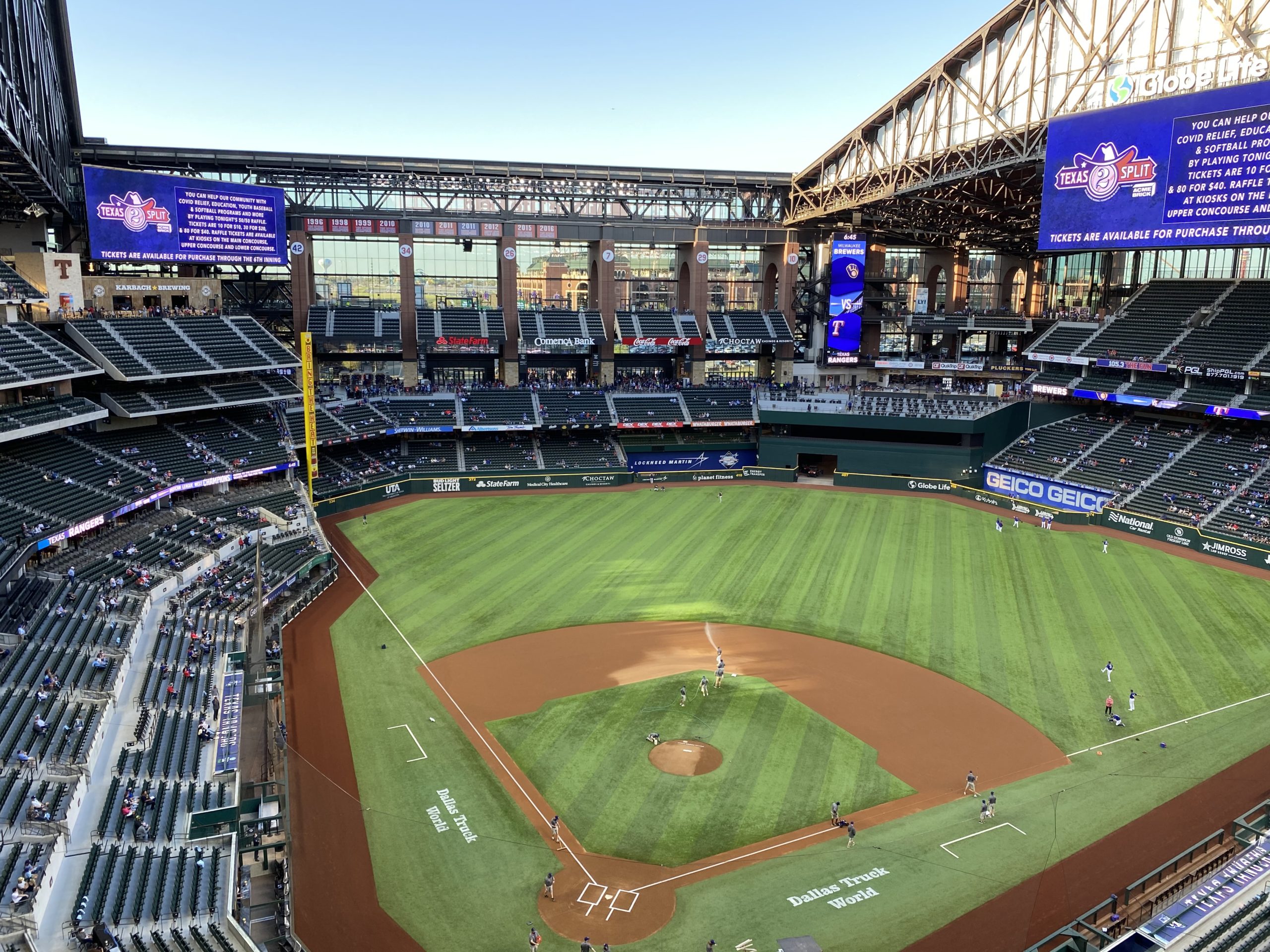 Some familiar faces pop up on the Texas Rangers 2022 schedule

Some familiar faces pop up on the Texas Rangers 2022 schedule

On Wednesday, Major League Baseball announced the 2022 schedule. As usual, I have to dissect the entire schedule thoroughly. 2022 will be the 50th anniversary of when the club moved from Washington to Arlington in 1972. Here are some notable thoughts when looking at the upcoming schedule (times not announced)

The first thing I was looking at was how MLB would adjust the interleague schedule. Texas was supposed to face the NL East in 2020, but COVID realigned the schedule, and the Rangers ended up playing the NL West back-to-back seasons. So in 2022, Texas will go to Miami for the first road games of the season. After that, they will face the Mets at Citi Field before July 4, go to Colorado in late August, and see Kyle Gibson and the Phillies in Philadelphia in early May. It sounded cool, but I say there’s no chance Jack Leiter faces his dad’s old team the Mets at Citi Field in July.

Meanwhile, the Braves come to Globe Life Field at the end of April and the Washington Nationals will go to Arlington for the first time in 17 years (June 24-26). The Phillies return to Arlington the two games before the Nationals’ series, and the Rockies are the NL West two/two matchup for Texas. One thing to note if the Universal DH isn’t implemented in 2022, Texas doesn’t have a back-to-back National League park series for next season.

Thank you, Kyle and Ian, for the impact and leadership you had here in Texas.

Best of luck in Philly! pic.twitter.com/urk3vSx9Mv

Fans will get to say hello to Joey Gallo and the Yankees right out of the gate. MLB Opening Day is March 31, and yes, the Yankees come to town on that day. The Rangers and Yankees will start with a four-game series. It’s unsure if the Yankees will be in town earlier for exhibition games, but keep a keen eye for that. I wonder if the reception for Gallo will resemble when Elvis Andrus returned earlier in 2021?

On the other hand, Kyle Gibson’s Phillies do play a two-game series in June in Arlington. Interleague series typically have two-and-two series. The unfortunate thing is that Gibson and Spencer Howard both pitching against their former teams is unlikely with two games. However, with off-days sandwiched in for both two-game series, maybe both managers realign their rotation at the time. You know, to make the fans happy.

The Rangers end the unofficial first half with a long homestand. Ten straight home games against the Twins, Athletics, and Mariners sends Texas to the break. After the break, the Rangers take a west coast trip to Oakland, Seattle, and Anaheim to start the unevenly second half. That roadie counts for ten of the seventeen straight games the Rangers play right out of the gate (the longest stretch of 2022). I guess playing on the west coast instead of the east is a good thing, but a road trip to begin the second half brings back bad memories from a month ago.

The one thing I hate on schedules is facing a team in back-to-back weeks. Every team should face each other once in the first half and once in the second half. For division games, play each team three times before and after the break. Of course, it’s easier said than done, but the 2022 schedule is pretty good in avoiding that (from the Rangers side). Outside of AL West teams, the Rangers don’t play the same team twice in the same month. Among the AL West teams, the Rangers play the Angels five times in less than seven days, but that’s the only stretch that happens. I think that’s the best I’m going to get. One other weird note, five of the six Rangers/Astros series’ are during the week. All of Texas’ three road series in Seattle are during the week while the three series in Arlington are on the weekends. Reverse that trend with the Oakland Athletics (Angels is split with mixture regarding weekday and weekend series).

As mentioned earlier, the longest stretch for the Rangers is seventeen games after the break. There’s a sixteen-game stretch between May 24-June 9, and the club will play on all holidays while missing out on Memorial Day in 2021. There are three of the dumb two-game series sandwiched with off-days (Chris Woodward’s favorite). Two of them are with the Phillies’ series, while in September, the Rangers play a two-game series against Oakland. Overall, the Rangers have twenty off-days (not including the All-Star break)

They will play the NL East next year (Kyle Gibson will be back to Arlington June 21 and 22.)

Joey Gallo will be back in Arlington to open the 2022 season, March 31, April 1-2. #StraightUpTX pic.twitter.com/SksVqNOcmx