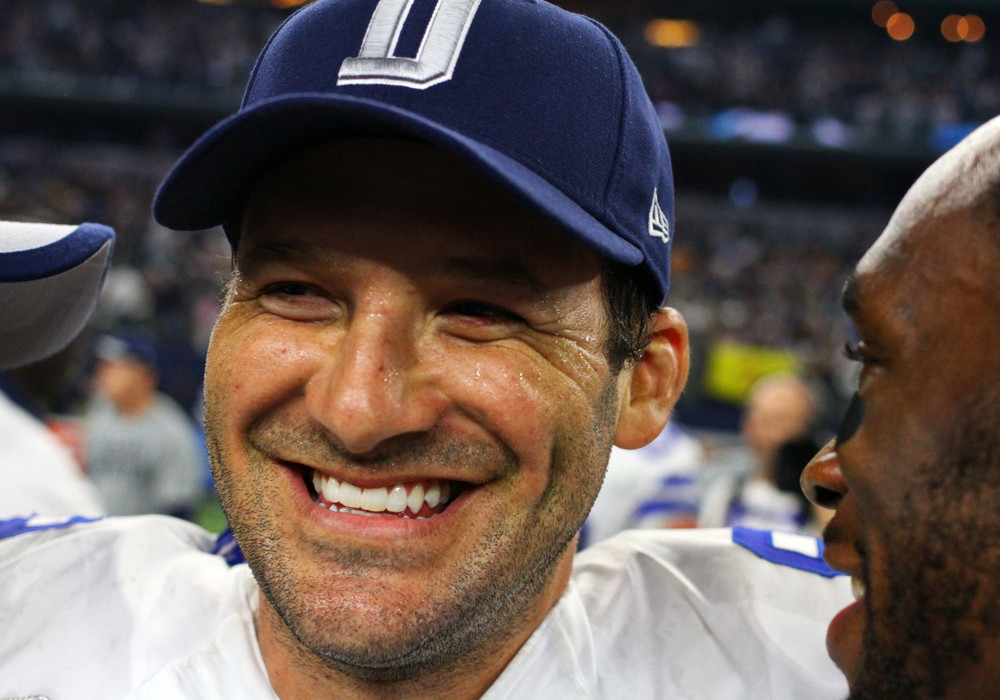 As fans of the sport, it’s fun to daydream about what could be- and that’s exactly what we’re about to do. So let’s take a reckless trip down the rabbit hole and see what kind of fun we can drum up here in the next couple hundred words or so.

105.3 The Fan (Dallas/Ft Worth) reported this morning on social media that Tony Romo is seeking a massive contract extension from CBS Sports to remain in the booth. Supposedly, the figure he is seeking would put his salary in the “eight figures” range, which would shatter previous contract records made by household names such as John Madden (8 million/yr), and Jon Gruden (6.5 million/yr).

Fans have become largely infatuated with his predictive style of announcing and in-depth analysis of the game; something easily offered up by someone recently retired from football and a great offensive mind such as himself. Such a contract extension would be historic, especially after only two years of calling games for CBS.

Apparently all the Romo hype hasn’t fallen on deaf ears. Tony is fully aware of his value to the product that CBS is selling to its viewers and seems ready and willing to strong arm the network to get what he believes he is due.

He never pulled that kind of stunt when he was playing for Dallas. So what’s his end game?

It’s not so such a stretch to think that Jerry might still be in Romo’s ear.

Perhaps not to play- That ship has probably long sailed. But why not to be on the Cowboys’ sideline? Head coach Jason Garrett’s contract has not been extended this offseason and will be up next year, and we will also have a better idea about Kellen Moore’s future as the Cowboys’ offensive coordinator as his one-year contract comes to an end as well. Romo’s storyline is one that curiously is in lock-step with Jerry’s agenda and leaves us wondering what may actually happen when/if he doesn’t get that fat pay raise from CBS. Also makes you wonder if Tony is missing the game as much as Witten apparently was- You know they must still talk occasionally.

Again, it’s all just silly speculation, but it’s what we all spend our daydream hours at work thinking about anyways, so why not?

Jim Nantz has got to be feeling big-leagued by the new guy.