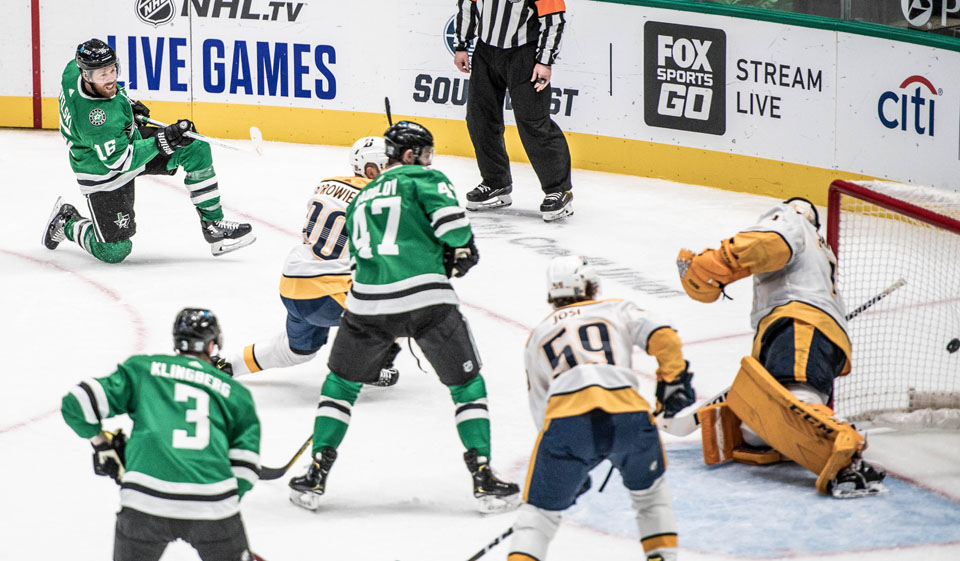 Stars announce Bishop, Seguin and Radulov are all near returns as team chases playoff berth

Stars announce Bishop, Seguin and Radulov are all near returns as team chases playoff berth

Reinforcements are on the way.

As the Dallas Stars continue to chase the fourth and final playoff spot in the National Hockey League’s Central Division, the team announced that injured forwards Tyler Seguin and Alexander Radulov, along with goalie Ben Bishop, will be skating with the team’s “taxi squad”- its COVID-stipulated alternate training roster- ahead of Dallas’ contest with Florida on Saturday.

The team said the players did not make the team’s recent road trip at Nashville, Carolina, and Chicago- but did say each has skated at the team’s Frisco practice facility throughout.

The Stars have played all 37 of their 2021 contests without the powerful trio. Radulov has played in just three games since Feb. 4, while Seguin and Bishop haven’t seen the ice at all recovering from respective surgeries after aggravating ailments in the team’s deep run to the 2020 Stanley Cup Final.

Radulov has averaged more than a point per game when skating this year- racking up four goals and eight asissts.

Head coach Rick Bowness told the Dallas Morning News that each player’s input will be key on their return timetables.

The Stars are planning for Tyler Seguin, Ben Bishop and Alexander Radulov to be on the ice with the taxi squad Saturday.

Dallas returns home for 18 games in 31 days as it continues the sprint to the finish line. Along with Jason Dickinson, Joel Hanley and Joel Kiviranta on Thursday- so practice time as a whole unit will be hard to come by.

Still, it’s a good sign as the Stars continue to try to salvage the 2021 season. Dallas currently sits at 13-14-10- just seven points off of fourth place Nashville’s pace. The Stars also have three games in hand on the Predators.