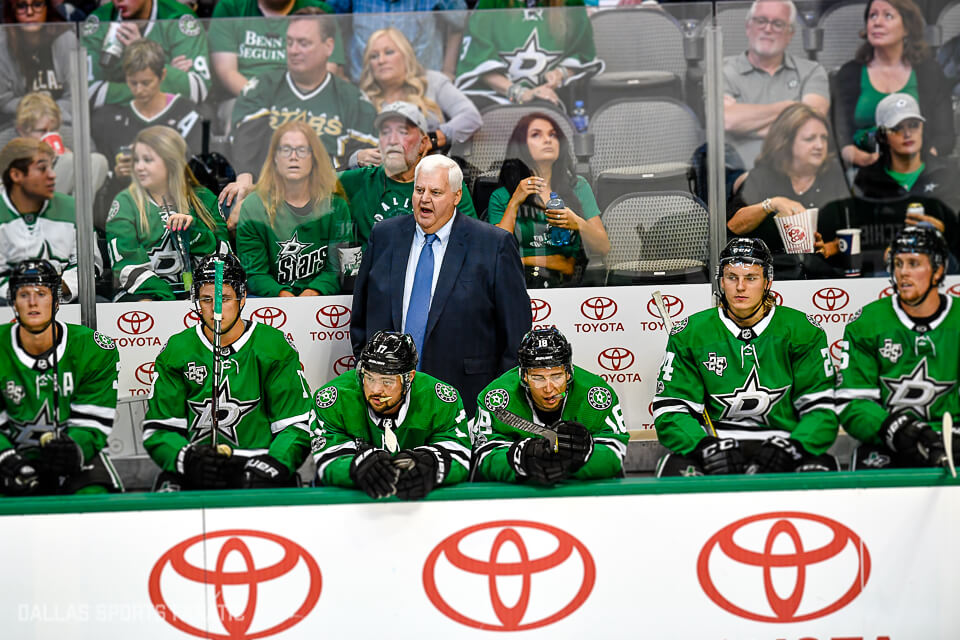 This is why the Dallas Stars brought him back.

With their 3-1 victory against the Colorado Avalanche Saturday night at home at American Airlines Center, Coach Ken Hitchcock moved into third place on the NHL’s all-time coaching wins list.

Alone in third place all-time. Quite an accomplishment for Hitch. ? #NHLStats

Hitchcock led the Stars to its first and only Stanley Cup Championship during the 1998-99 NHL season, less than 3 years after being named head coach in January 1996.

In his first full season with the Stars, he led the team to a first-place finish in the Central Division and a playoff berth. In his second full season with the Stars, Hitchcock again led the Stars to the playoffs, losing in the Conference Finals to the eventual Stanley Cup champion Detroit Red Wings.   Also during the 1997–98 season, Hitchcock was named to his first of three consecutive NHL All-Star Game teams as coach.

In the 2000–01 season, Hitchcock again led the Stars to the playoffs, but the team exited in the Conference Semifinals. Midway through the following season, after getting off to a  23–21–6 start, Hitchcock was fired as head coach.

After stints as head coach of the Flyers, Blue Jackets and St. Louis Blues, he was again named Stars head coach on April 13, of this year.

The Stars record is currently 2-3-0, 7th in the Central Division. They play host to the Arizona Coyotes on Tuesday, Oct. 17th at 7:30 p.m. at American Airlines Center.