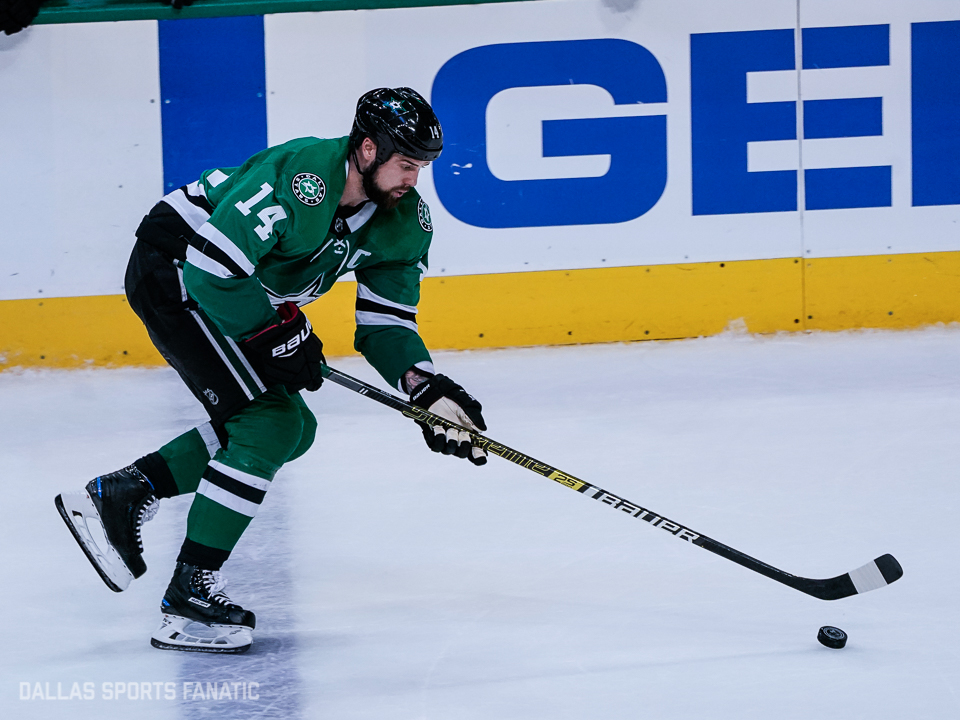 Stars drown Sharks in Hanzal’s return to the lineup

Stars drown Sharks in Hanzal’s return to the lineup

The Stars were able to edge out the Sharks in their last meeting 4-3, and were looking to carry some of that momentum to win their fourth in a row.  Joe Thornton came into the game two assists away from passing Marcel Dionne for 10th all time in assists.  This was also Martin Hanzal’s first time on the ice in 10 months.

The first period consisted of much back and forth down the ice, with the Sharks controlling the speed of play.

It would be the Sharks who scored first.  After Evander Kane bumped Spezza off the puck, the Sharks came down on an odd man rush.  Karlsson would join the play and feed a beautiful pass to Kane, who finished with a one timer.

The Stars started off the 2nd period on the Penalty Kill, which helped San Jose regain the control of play.

However, that was quickly overturned after Janmark scored a breakaway goal.  Karlsson tried to float the puck into the Stars’ zone, which was slapped back to center ice by Roman Polak, where Janmark was able to pick up the puck and race in for the goal low blocker side.

Blake Comeau got a tripping penalty less than one minute into the period that did not result in any goals scored.

Stars were able to get a goal by Miro Heiskanen after applying tons of pressure, when Comeau got out of the box.  The assists came from Pitlick and Faksa.

Dallas quickly turned around and got another goal.  Spezza made a nice, soft pass at center ice to chip the puck to Shore.  Shore then sauced a pass over the defender’s stick to Ritchie who was able to net his second goal in as many games.

The Sharks quickly turned around and answered.  Couture scored, assisted by Karlsson (2nd of game) and former Star Brenden Dillon.

Stars goalie Ben Bishop was an absolute monster in the 3rd period and stopped everything the Sharks had to offer.  The game concluded 3-2.

Ben Bishop looked really strong, controlling rebounds and maintaining good positioning.  The Stars have shown they can play a physical game and maintain against the big boys in the West.  Ritchie has looked good recently as well, scoring in his last two games and adding an assist for three points in total.