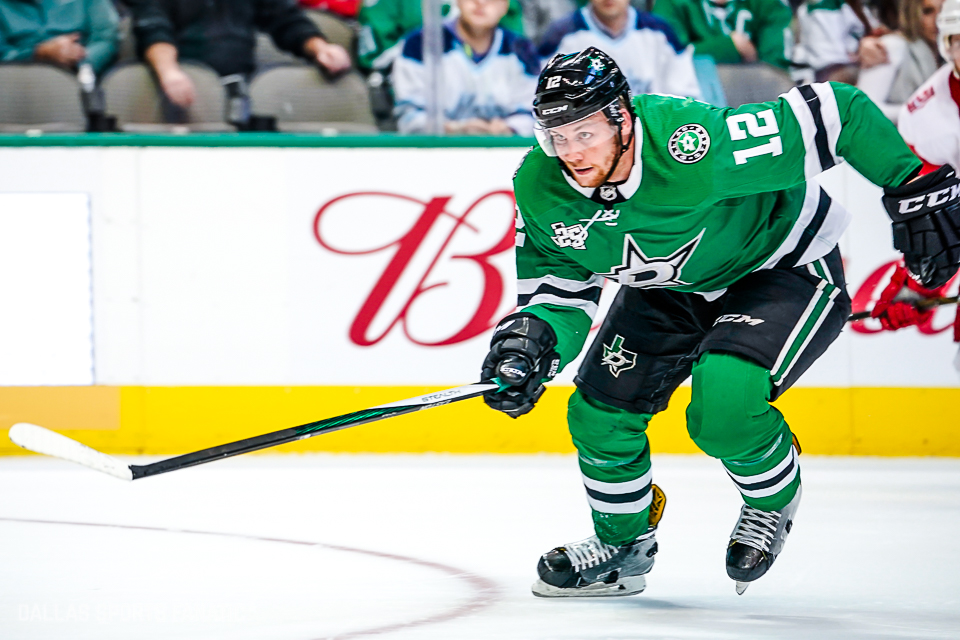 The Dallas Stars entered last night’s game riding a 3-game winning streak. They extended it to 4 after defeating the visiting Carolina Hurricanes 4-3 in the first of two meetings scheduled this season between the teams.

Carolina looked to be shut out as the Stars got their offense going early and went up 4-0. But late in the 3rd Carolina got going with two goals from Jeff Skinner and a goal from Jordan Staal to pull them within one with 4 1/2 minutes remaining. Scott Darling finished with 22 saves for Carolina.

“We had them dead to rights,” Hitchcock said. ”The first goal gave them a little bit of life, the second goal, that’s all on us. We played for two periods until the last (10) seconds exactly the way you have to play to beat them. The second goal gave them the life they needed. You can’t defend skating backwards.”

The Stars won the 2016-17 season series against Carolina with 2-0-0 record. They will meet the Hurricanes again at Carolina on Nov. 13.

The Stars are now 5-3-0 and 3rd in the Central Division. They travel to the Pepsi Center in Denver on Tuesday to take on the Colorado Avalanche.