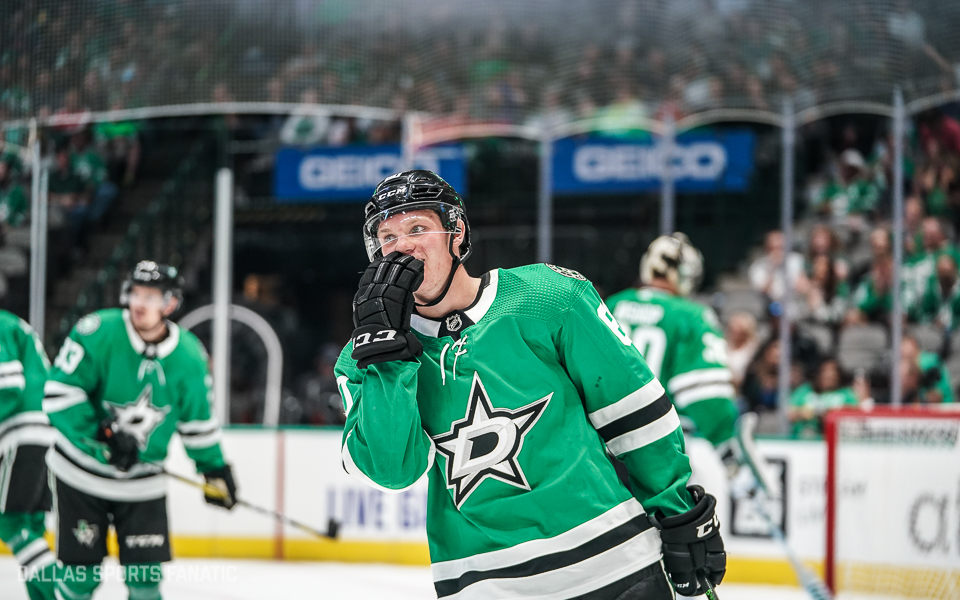 Stars extinguished by Bruins in the home opener

Stars extinguished by Bruins in the home opener

The start of hockey season is finally upon us.  Our Dallas Stars face off against the Stanley Cup Runner Up, Boston Bruins.  Last season they split games, each team winning a game a piece in overtime (Boston 2-1 at home 11/5/18, Dallas 1-0 at home, 11/6/18.)

The Stars come into the game eager to prove last year wasn’t a fluke, ultimately losing in game 7, to the same team to ironically beat the Bruins in the Stanley Cup Finals, in as many games.  Boston wants to get where they went last year, only with a bit different results.

Everyone knows what Dallas is capable of doing, now it’s just a matter of seeing whether or not they’re capable of executing their potential.

Oh the irony…Brett Ritchie scores in his first shift against the Stars.  This was not how the Dallas wanted to start this game, nonetheless Ben Bishop.  Ritchie had four goals and two assists in 53 GP last year.

The game started off with two goals on two shots, as Danton Heinen netted his first shot of the regular season.  Bishop tightened up his game and saved the next four shots in the period.

In a little bit of a scary moment, a puck was tipped and hit Blake Comeau in the face.  He tried to get up, but fell back to the ice, as blood spilled from his face.  After the game, Monty told us that he fell awkwardly and would be out for several weeks.

The period would end 2-0 in favor of the Bruins.

The second period started off with the Stars channeling some negative energy into a positive, to get themselves back in the game.  Roman Polak went for a check in the corner of the defensive end and fell very awkwardly, head first, into the boards.  He would need to be carted off the ice.  The crowd gave him a standing ovation as he was taken off.  Coach Montgomery let us know after the game that he was able to move his extremities, and they hope to get him back soon.

As soon as the play was about to resume, the, “LETS GO STARS,” chanting began, and Roope Hintz opened up the scoring for the season, after an amazing pass from Janmark, with the second assist by Joe Pavelski.

Big Ben stopped everything Boston had for him, and the period ended 2-1, with the shots tied at 13 aside.

Momentum and puck possession were very clearly in Dallas’ favor in the third period.  Boston began looking to chase them around the ice.  Roope Hintz was just flying around the entire period.

Tyler Seguin spanked one past Tuuka Rask, but it rang off of the iron.  Radek Faksa slapped at a couple rebounds, but Rask put up the brick wall.  A few minutes later, Roope Hintz made another incredible play, but Tuuka stoned him with a spectacular glove save.

Dallas tried to claw their way back, but between Tuuka Rask and the penalties they took, there was not any wiggle room.  The game would end 2-1, in favor of the Boston Bruins.

The Stars rallied after going down 2-0 quickly in the first period.  The old Stars may have just faded out, but the new life in the team is obvious.  Roope Hintz and Denis Gurianov are going to be special players for this team moving forward.  If Tyler Seguin’s shot would have gone in, instead of hitting the cross bar, Dallas could have got the two points at home.

The Stars cannot be taking bad penalties.  The officials have made it clear, they are not going to continue allowing the obstruction like penalties.  While you have to be glad to see guys working hard, the reaching/interfering type plays have to stop.  When you receive four penalties in the first two periods, you are not setting your team up for success.

Bishop said after the game that the fans really helped the team come together after the poor first period, and that is what the team needs sometimes to get back into games.  Hopefully Dallas can keep this same energy moving forward.