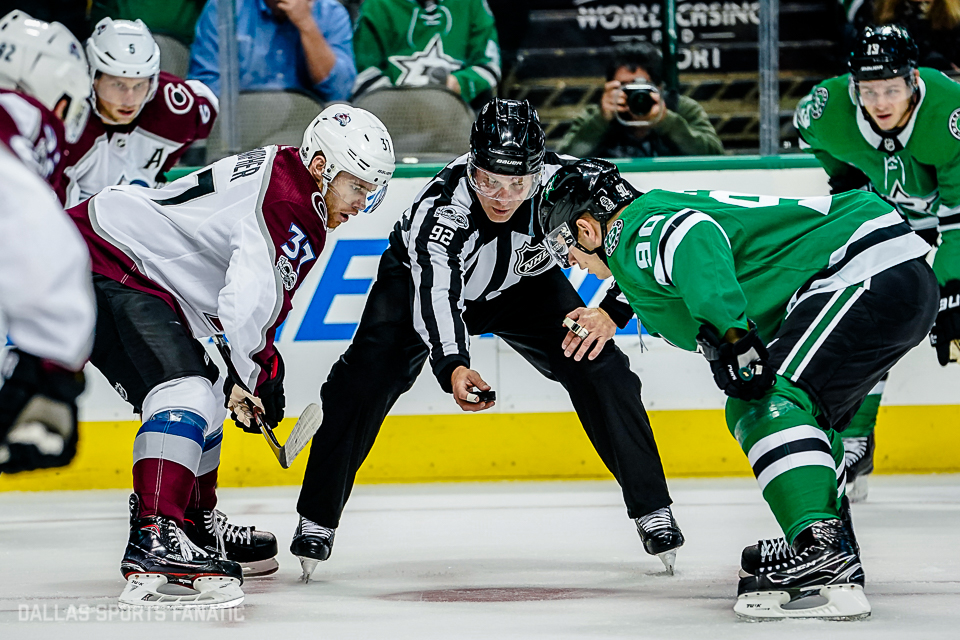 The Dallas Stars (5-3-0) are riding their four-game win-streak to higher elevation as they meet the Colorado Avalanche Tuesday.

Dallas has made easy work (if that’s what you want to call it) of a favorable stretch of games over the past two weeks. That stretch included two games against the worst team in the NHL in Arizona, and a game at home against a mediocre Carolina team.

But now they get another shot against the team that the win-streak started against as the Stars travel to Denver. These two teams met back on Oct. 14 and ended in a Dallas victory 3-1.

Colorado (4-4-0) on the other hand, are headed in the opposite direction. They saw their losing streak hit a third in a row after a 4-3 home loss against St. Louis on Thursday.

In the earlier loss to Dallas, the only Colorado goal came in the third period off a Matt Duchene slap-shot, his only goal of the losing-streak.

The Avalanche will also be without LW J.T. Compher and C Tyson Jost, but have recalled Andrei Mironov from a stint in the minors.

After a weekend off, the Avalanche still have a trio of injuries to tender to. One of those injuries is former Dallas defenseman, Patrik Nemeth, who is out with a lower body injury. Nemeth was waived by the Stars coming out of training camp.

Colorado has won eight of the last ten meeting between the two teams and will most likely see most of their scoring come from LW Gabriel Landeskog. Landeskog has tallied 21 points in 23 career games against the Stars, and 4 points this season.

As for Dallas, they will start a stretch of five road games in a ten-day span, their second longest road trip of the season.

The Stars have climbed right back in the middle of the central division race, just three points behind St. Louis, and two behind Chicago.

Alongside the great play of Bishop, the forwards have been outstanding for Ken Hitchcock also. Jamie Benn and Tyler Seguin both have eight points in eight games, and the second and third lines have been solid as well.

The defense for Dallas is still trying to find it’s groove overall, but have been well improved in the penalty kill so far. The Stars are ranked third in the NHL, as opposed to being dead-last a season ago.

Player to Watch: Tyler Pitlick. Pitlick has been one of the un-sung heroes for Dallas over the first eight games of the season. Signed as a free agent in July, Pitlick may not do a whole lot that will show up on a stat sheet, but the hustle and impact is more-so SEEN on the ice. However, in the win against Carolina on Saturday, he was able to find the back of the net, not once. But twice. Expect much of the same to come from the 25-year-old forward Tuesday.