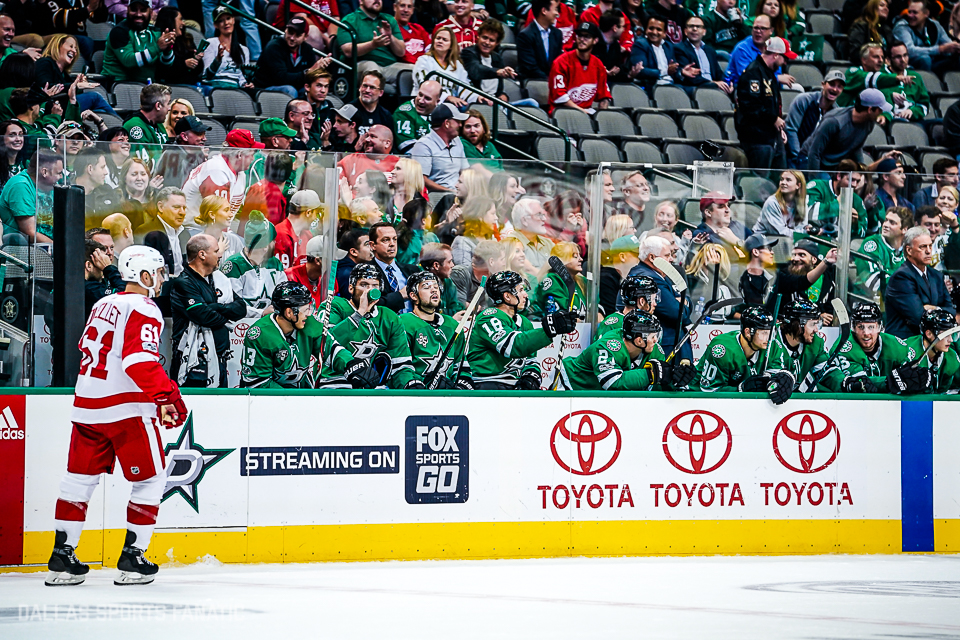 The Dallas Stars will hire Denver University’s Jim Montgomery as the 8th different head coach since the franchise moved to Texas, according to sources. An official announcement is expected Friday to introduce Montgomery, 48, as the replacement for retiring skipper Ken Hitchcock.

Montgomery has spent the past five years in Denver, leading the power-house program to the 2017 NCAA Div. 1 National Championship and posting a 125-57-26 record over his tenure.

This hire from criticized General Manager, Jim Nill, comes as a bit of an unusual occurrence, but not necessarily a surprise. Montgomery will become just the 5th coach in NHL history to make the jump from the college ranks to the world’s top league.

Dallas, on the other hand, is coming off of a monumental collapse at the end of the regular season that included only 6 wins over the span of 6 weeks, and an 8-game losing streak. Then, on April 13th, Ken Hitchcock retired from coaching and much like last offseason, the Stars are left with a head coaching vacancy and a ton of roster questions.

Many individuals throughout the hockey community, believe that the Montgomery hire is the best thing for the Stars. Saying that he was the “best kept secret in hockey” and could turn around a roster that has legitimate talent but has struggled to put it all together.

Nill, along with the rest of the organization hopes that Montgomery is the long-term answer to a long-term issue. With the hire, this will be the 5th time the Stars have changed head coaches in the past decade.

So, who is this Montgomery that is going to swoop in and lead the Stars to the promise land before their ‘winning window’ closes?

None other than a former Dallas Star.

Montgomery played for the Stars from 2001-2003 but only appeared in nine games and totaled just 2 assists before hanging up the cleats.

Before his time in Dallas, he was signed as an undrafted free agent by St. Louis in 1993 and appeared in 122 games and scored nine goals in his 13-year playing career.

Less than two years following his retirement, he was put behind the bench as an assistant coach for the Notre Dame Fighting Irish in 2005. The next season he packed his bags for the Rensselaer Polytechnic Institute where he was an assistant at RPI for four seasons.

In 2010, Montgomery secured his first head coaching job with the USHL’s Dubuque Fighting Saints, winning the first two Clark Cups in program history in his three seasons in Iowa. The success sustained from Dubuque caught the eye of NCAA power-house Denver, who hired Montgomery to begin the 2013-14 season.

Montgomery brings in over 13 seasons of professional playing experience and 13 years of coaching experience to the delicate situation that the Stars have in front of them.

Known, for his detailed approach to the game of hockey, he’ll have to really examine the task at hand. It’s a puzzle that neither Lindy Ruff, or Ken Hitchcock could solve in their time in “Big D.”