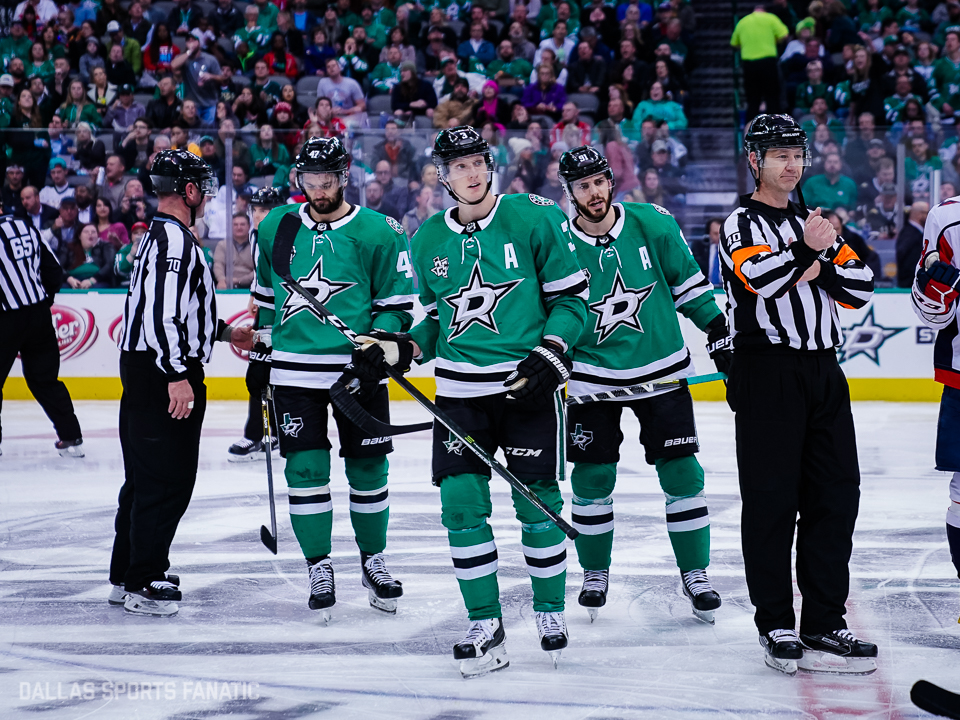 “The third goal shouldn’t have gone in. We got beat on the boards three times. Puck was in the net because of it. We didn’t have awareness away from the puck. We had earned the right to finish the game off strong. We got beat off the boards twice and he made a play. Game over.”

And with that 19-second post-game press conference, Stars Coach Ken Hitchcock summed up what went wrong for the Dallas Stars in their 4-3 overtime loss to the Washington Capitals Tuesday night.

The capitals won their fourth straight game and are 8-1-0 in December. Dallas (18-14-3) lost its third straight game. They got a point in the standings but they also slipped out of a playoff spot for one night and fall to 2-4-2 in their past eight games.

The Capitals got on the board first with Alexander Burakovsky who gave Washington a 1-0 lead at 10:35 of the first period on a wrist shot. It was his second goal of the season.

Jamie Benn tied the game 1-1 on the power play at 15:14. It was his 14th of the season. John Klingberg took a point shot that Benn tipped in the slot.

Gemel Smith gave Dallas a 2-1 lead at 11:09 of the second period when he scored on his rebound, his fourth goal of the season.

Alexander Radulov gave Dallas a 3-2 lead at 15:53 of the third period, but Brett Connolly tied it 3-3 only 41 seconds later with an assist from Andre Burakovsky.

Burakovsky scored the game-winner – and his second goal of the night – on a wrist shot from below the face-off circle only 1:51 into overtime to give the Capitals the win.

Lucky for the The Stars they have several opportunities ahead of them to redeem themselves and secure one of the two wild-card playoff spots in the Western Conference. They are playing nine of their next 10 games at home, including the three-game home stretch which began Tuesday night. At home they are 10-4-0, ranking in the top 10 in the league in both goals for (3.43) and goals against. (2.43

They play Thursday night vs the Chicago Blackhawks then Saturday against Nashville. They’ll play at Minnesota on Dec. 27 then return to Dallas for 6 straight home games which will take them into mid-January 2018.