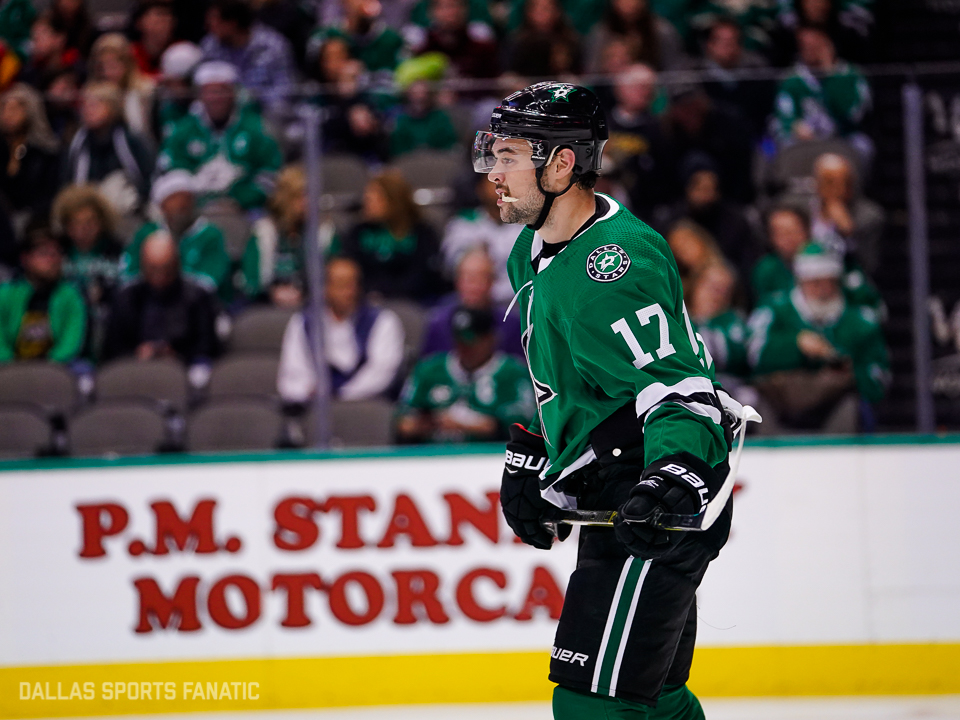 Overview:
The Stars have now dropped two in a row at the AAC. This can become worrisome considering that the Stars have an atrocious road record. Losing at home will decimate their chances of making the playoffs. This team is becoming difficult to figure out because they are unpredictable. One day they just seem to dominate their opponent. However, the next day they look lost and utterly depleted of energy and skill. Tonight was another prime example.

First Period:
The opening frame was the same for the Stars. They faced more shots than they dished out and relied on defense and netminding to keep it close. The Stars definitely did not help themselves by taking two penalties. Although both were taken by Radulov, it still pins them in their zone longer when they need to avoid that problem. Fortunately, they weren’t completely outplayed. The Islanders’ had some minor breakdowns in their defense, but Lehner stood tall in net.

Second Period:
The Stars came out in the second and as they usually do and gained some momentum. It would eventually pay off as Tyler Pitlick scored on a beautiful play. It started when Janmark won a battle on the boards after Spezza dumped it in. Janmark then sneaked a pass to Pitlick where he tucked the puck in under the pads of Lehner. The Stars then seemed to slow down from here as the Islanders dictated puck possession from here. Their hard work paid off as Casey Czikas threw a backhand shot at Khudobin and went off a stick over the net. However, the puck bounced off the top of the net, onto Khudobin’s back and then rolled into the net. It was a very greasy and ugly goal, but with the Islander’s pressure, it was an eventuality. In addition to the goal, there was some Russian action going on in this frame. Alexander Radulov and Leo Komarov got two different, coincidental roughing minors.

Third Period:
Unlike the second, the final period did not feature more Russian violence. However, it did put the Stars into a deficit they could not dig themselves out of. A little over halfway into the period, Radek Faksa took a slashing penalty and it setup an Islanders’powerplay to put the Stars away. Anders Lee was able to redirect a point shot that pinballed off the post, off the back of Khudobin and then into the net. Then when the Stars pulled Khudobin for the extra attacker, the Islanders’ Komarov was able to throw one into the empty net and ice the game.

Recap:
This Stars team has the potential to become a really good team. But it’s hard to watch when they just play lackluster hockey. There have been moments when Monty’s puck possession team has shown up on the ice. But a majority of this season has been a team relying too heavily on their defense and goaltending. It also doesn’t make things easier when half of the defense is either a rookie or a player with less than 82 games played in the NHL. The best player on this team is quickly becoming Miro Heiskanen. He has singlehandedly saved this team multiple times and kept them in games. He is fourth in the team in goals at seven and fifth in points with 17. The kid can play hockey, but can’t win every game for the Stars. They need to figure something out quick because falling behind now will only make things harder to make a Wild Card spot.

What’s Next:
The entire league takes a three-day break but the Stars will return Thursday as they head to Nashville. Happy Hollidays to all.