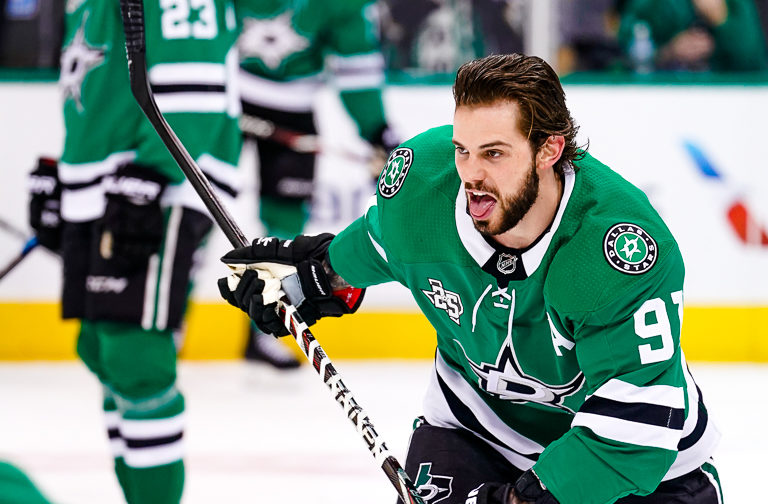 Tyler Seguin’s two goals and Ben Bishop’s 37 saves power Dallas to 4-2 win in Chicago to complete a season sweep of their division rival for the first time since 2005-06.

With a three game in four days stretch on the horizon, and a realistic opportunity to move into third place in the Central, Dallas was able to answer the bell despite a quick start from Chicago.

Jonathan Toews started the scoring with a mid-first period goal to give the Blackhawks the early advantage, his 15th goal of the season.

However, coming out of the first intermission, Dallas stuck twice in less than 60 seconds with Seguin’s wrister to tie it, and Stephen John’s slap shot to take a 2-1 lead.

Just under six minutes later, Chicago answered with a power-play goal from Artem Anisimov to even things up at 2-2.

Tyler Pitlick then beat the buzzer in the 3rd period with an absolutely scorched slap-shot to give the advantage back over to the Stars.

The defense then stepped up huge in the third period.

With nice play from the blue line, solid goaltending again from Bishop, and 32 blocks as a team over the three periods, Dallas was able to hold Chicago scoreless for the final 27 minutes of the matchup.

Seguin then added his 28th goal of the season (4th against Chicago alone) and sealed the deal with an empty netter with less than a minute remaining.

With a 6-1 St. Louis win over Colorado, the Stars remain in the Wild Card position. But are only one point behind the Blues for third in the Central, and five points from the TOP of the division.

Dallas takes the ice again against Pittsburgh, Friday at 7:30pm CT before taking on Vancouver Sunday.