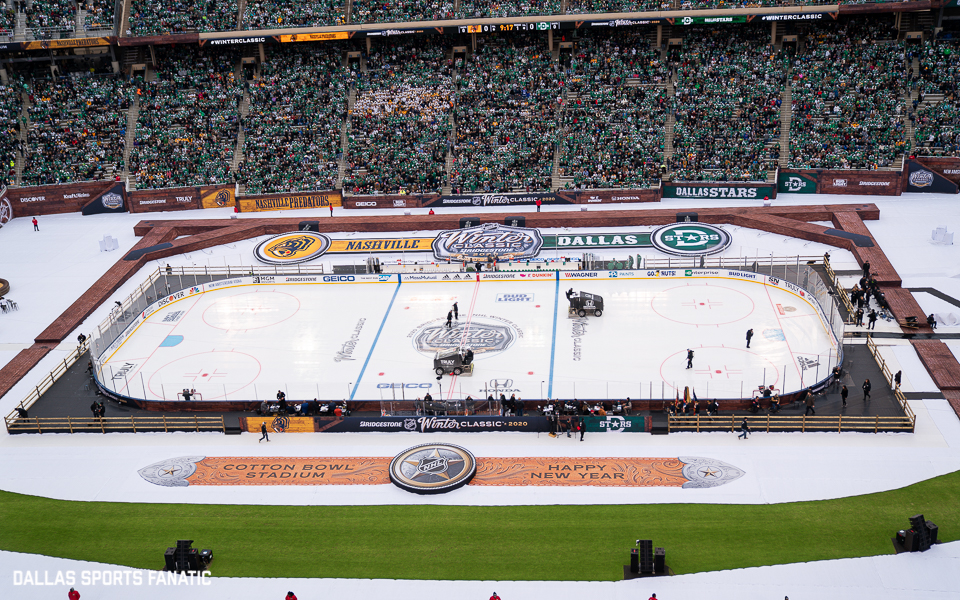 Stars prove they belong on national stage in 2020 Winter Classic

Stars prove they belong on national stage in 2020 Winter Classic

Wednesday’s 2020 NHL Winter Classic was a bundle of firsts. It was the 29th outdoor game in National Hockey League history, but the first appearance in such a game for both the Dallas Stars and the Nashville Predators. The Cotton Bowl hosted pig races during media timeouts for the first time ever. Andrej Sekera scored his first goal of the season for Dallas.

With all that, and the way Dallas fans responded to the event, it might not be the last time Big D plays host on a national stage.

85,630 fans packed the historic Cotton Bowl Stadium to take in Dallas’ clash with the Nashville Predators, the first appearance for both teams in the now annual Winter Classic. After going down 2-0, the Stars raced back with four unanswered goals.

The announced attendance finished just shy of breaking Michigan Stadium’s 2014 NHL record for attendance at a single game- but that game between Detroit and Toronto took place in a venue designed to hold 100,000-plus.

“No matter what the result, that was a great hockey game to watch,” Dallas interim head coach Rick Bowness said.

It truly hasn’t been that long since a time where Dallas would’ve been a long shot to host such an event. The late 2000’s saw dark days for the organization. Its current state was truly the culmination of years’ worth of re-branding and re-identifying.

The Stars’ start to the 2020’s couldn’t be a more stark contrast to how they started the 2010’s. Despite the team finishing with a 42-29-11 record, the team struggled out of the gate and limped through the process of declaring bankruptcy. On Nov. 18, 2010 Tom Gagliardi purchased the team, and everything changed.

Dallas changed its uniforms, colors and logo in 2013, and steadily improved on the ice and made the playoffs in 2014. Two years later, the team paced the Western Conference and made it all the way to game seven of the second round. They’d repeat the same feat in 2019 after three disappointing seasons, and despite several coaching changes, the message was clear: the Stars were contenders, and Dallas was a firm hockey market.

Now, Stars games have a reputation as one of the best parties in town, and Dallas has enough respect as a hockey market to thrive on the national scene.

“When (Alexander) Raudlov scored the go-ahead goal, that was the loudest I’ve ever heard a crowd from my perspective on the ice,” Stars forward Tyler Seguin said postgame.

NHL Commissioner Gary Bettman said he heard criticism when Dallas was selected to host the event, but that he remained confident in the selection.

“So much has been done for hockey by the Stars organization through the years,” Bettman said. “Hockey is alive and well in Dallas.”

Dallas routinely ranks among the top half of the league in attendance every year. With Wednesday’s win, a young, balanced core, the Stars figure to be formidable for years to come.

Even in average regular season games at home at the American Airlines Center, Dallas is known for its thematic entrances for pregame warmups. The team took it to another level on Wednesday however, with goalie Ben Bishop leading the way as fireworks abounded:

The Stars dressed to the occasion as well- according to columnist, Nick Costonika on Dec. 12 to Luchese to coordinate outfits, including large western belts, bolo ties, cowboy hats, and boots. Stars captain Jamie Benn said that Ben Bishop came up with the idea to do so. 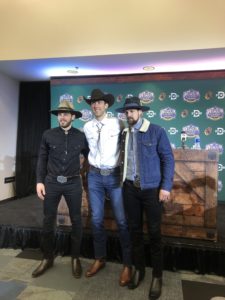 Normally reserved for the end of postseason series, the pageantry of the Winter Classic was on full display when the team converged at center ice for handshakes after the final horn sounded. It was a rare lapse in intensity between two division rivals. Dallas now leads the series 2-0-0.