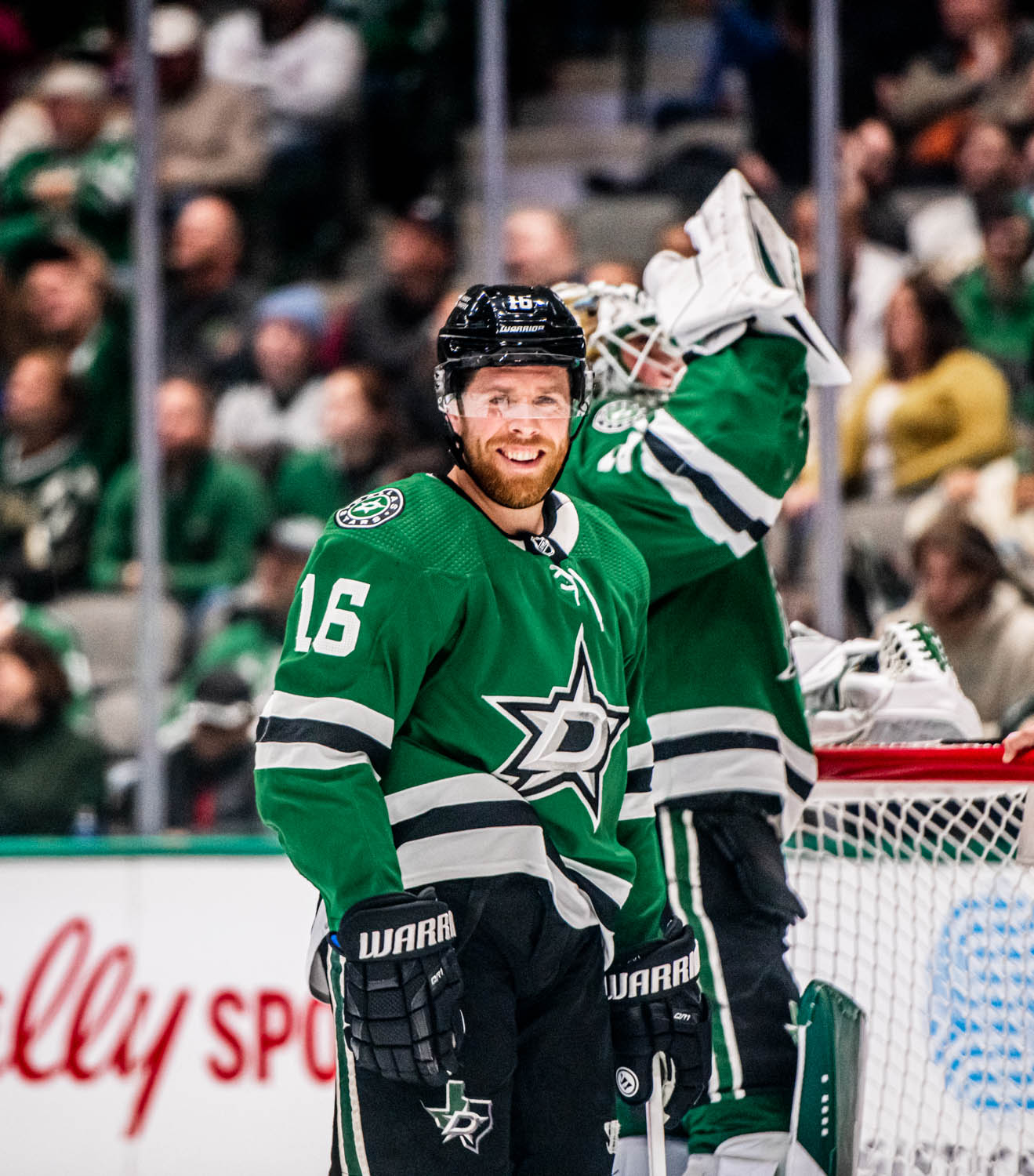 Life in the United States was pre-pandemic, had economy in a much different place, and the Dallas Stars had an iron-clad identity.

Dallas found its roots in its hard-nosed, firm backcheck and reliable goaltending. The problem that ultimately kept the team a win away from reaching the Conference Finals? A lack of scoring.

Here we are three years later, and it appears the Stars have returned to that form.

Dallas topped the Calgary Flames 2-0 on Thursday night to level its Western Conference quarterfinal series of the Stanley Cup Playoffs at a game apiece. This comes after allowing just a single goal in Tuesday’s game one loss.

It’s an impressive feat considering the Flames’ regular season prowess- one of the best in its franchise’s rich history. Dallas and its defensive unit has been able to neutralize Calgary’s scoring threats- the lone Flames goal came from first-line center Elias Lindholm- who scored five minutes into game one. 40-goal scorers Johnny Gadreau and Matthew Tkachuk have been completely neutralized.

Most of that credit can go to Stars goalie Jake Oettinger, who has recorded 114 consecutive scoreless minutes in net. Oettinger continues to captivate storylines around the league, playing in his first true playoff series as a starter. He came on in relief in several blowouts in the 2020 Stanley Cup Finals.

The Stars have also suffocated the Flames power play in the series- granted, they haven’t scored with the man advantage themselves in the series, but in two tightly-officiated games, Dallas has stifled a strong Calgary unit to just 1 of their first 8 attempts.

It sounds like a broken record at this point, but Dallas must ignite its depth scoring if it wants to complete the upset in this 2-seed vs. 1st wild card series. Joe Pavelski added the Stars’ first tally of the night, and Michael Raffl chipped in an empty netter, but it’s been strickening silence from Jason Robertson, Roope Hintz, Jamie Benn and Tyler Seguin in the series- although Robertson, Hintz and Seguin have all hit the posts at some point over the two games.

All told, the Stars have clearly pieced back together some of the defensive identity that helped the group find loads of playoff success over a two-year span, sparked by Rick Bowness and assistant coach John Stevens, who have both been architects of successful blue lines over the years. Dallas also has shown an underlying gritiness that was lacking in the waining regular season games, engaging several Flames players in after-whistle skirmishes.

Specifically, longtime defenseman John Klingberg- who is likely on one last run with the Stars before he hits free agency this summer- was ejected after a tardy fight on Tuesday, and narrowly missed a goal that would’ve insured the Stars lead.

No matter what happens the rest of the way, the Stars are in a much better position to battle in the series after stealing a game in the Saddledome thanks to a return to some old ways.