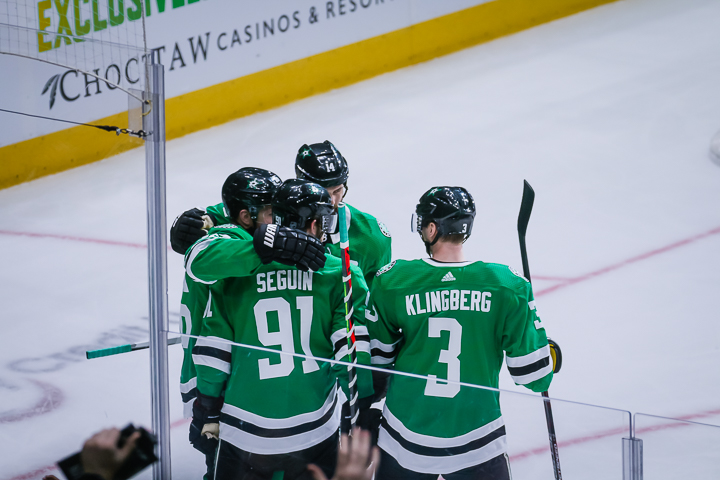 The 2019-2020 Dallas Stars have had several different opportunities to collapse like a house of cards. Whether it was their miserable 1-7-1 start or the unexpected firing of their head coach in mid-December, the early parts of this season were as chaotic as any pro sports team can reasonably go through over the course of a few months.

That’s all ancient history now as the team heads towards the final stretch of the regular season in prime position to not only make the postseason, but to perhaps have the best record in the Western Conference when it’s all said and done. As of Wednesday, they sit just two points back of the St. Louis Blues for the lead in the Central division and the Western Conference.

There are still areas of question around the team, though, as the trade deadline looms and they still struggle to score anywhere close to a league average rate. What are some of the biggest questions surrounding the team at this stage in the season?

What has been the key to the Stars rise towards the top of the Western Conference standings in the last few weeks?
Connor:  With Jamie Benn and Tyler Seguin starting to come out of their slumps, the team is really firing on all cylinders. The defense has been stellar all year and the team has allowed the third fewest goals in the league. Of course, the goalies have been playing out of their minds, with both in the top ten save percentage in the league.

Garrett: I think it’s been a favorable schedule for Dallas combined with a cold stretch from St. Louis. Since the calendar flipped to February, the Stars have played seven different Eastern Conference opponents, including two separate road swings. Five of those teams are on the outside-looking-in of the postseason picture, and Dallas took advantage- capturing 12 out of a possible 14 points in those games. St. Louis on the other hand has struggled since Mid-January, opening the door for the Stars to tie for the division lead as of Monday. The defending Stanley Cup Champions have lost five straight and are just 2-7-3 in their last ten. With Colorado also surging, these two could once again be on a playoff collision course.

With the trade deadline approaching, are there any particular players/types of players you’re looking for the Stars to add before the stretch run towards the postseason?

Connor: One could make an argument that the team needs more offensive prowess. The Stars are in the bottom third of the lead in goals for. The shot differential is -73, so they’re being out shot pretty heavily. However, the Stars have been clicking so well that I don’t see a huge need for them to move anyone around. It’s a “defense first” brand of hockey, and while the team is usually out shot, the opportunities are not strong for the opposing team many times. While they could use more firepower, it’s not necessarily worth giving up future pieces.

Garrett: This will be a very interesting time ahead of the NHL’s trade deadline (Friday, Feb. 28). The big names that have been tossed around are Los Angeles’ Tyler Toffoli and New York’s Chris Kreider. But, given what we saw recently with New Jersey commanding a first-round draft selection in exchange for Plano native and 20-plus goal scorer Blake Coleman, Dallas will more than likely stay put. Coleman’s the type of player I think Dallas’ could’ve pursued, but now the options for the scoring help this team needs are far limited because of their asking price. The Stars and Rangers worked together last deadline when Dallas sent a few picks New York’s way for Mats Zucarrello, who was a spark plug in a deep postseason run. Because of the Stars’ lack of draft surplus, I doubt they’re in on Kreider. Fortunately for Dallas, if Jamie Benn and Tyler Seguin put together a stretch like they did last week (7 combined goals), they will be more than enough to help fuel the Stars offense down the stretch.

The Stars begin a three-game homestand when the Phoenix Coyotes visit the American Airlines Center on Wednesday night.