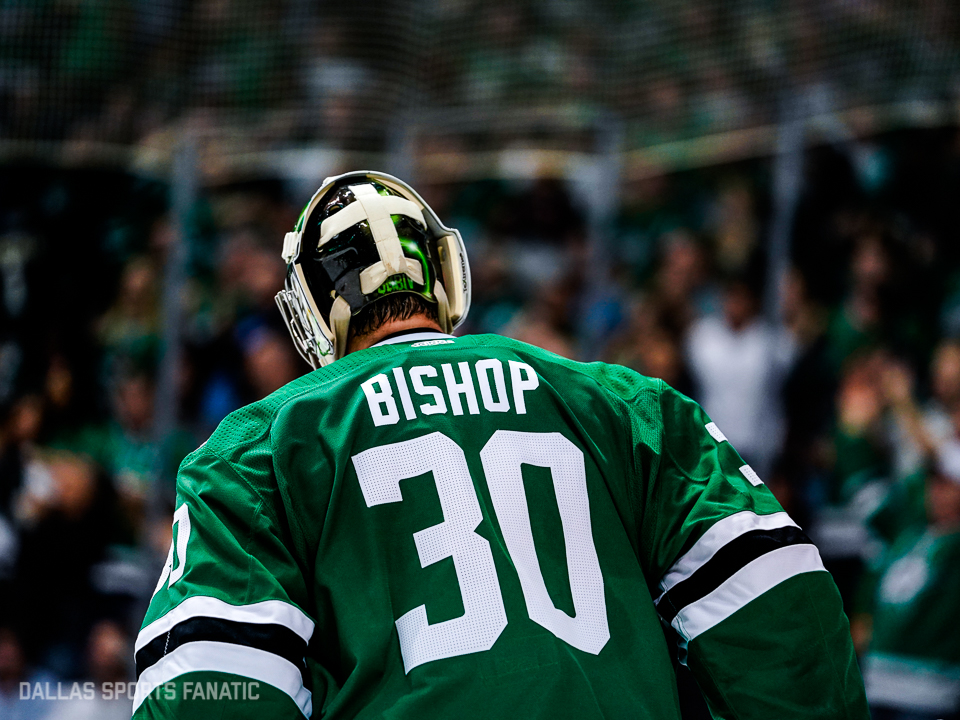 The Dallas Stars could not have hoped for a better home opener.  The atmosphere was buzzing outside of the American Airline Center all day in anticipation of the players walking down that green carpet into the building.

After ending the first period tied, the Stars were able to score a flurry of goals in 96 seconds during the second period.  Recently acquired Connor Carrick (for a seventh-round pick) came away with two assists and a plus-two rating, along with Jamie Benn and Tyler Seguin, earning himself the second star of the game.  He got two assists and helped lead the Stars to victory.

Goaltender Ben Bishop was perfect out there, stopping 30 shots on goal, earning himself the number one star of the game.  This type of play is what the Stars are going to need out of him to get to the playoffs.  When Bishop stays healthy, he’s easily in the upper half of the league’s net minders.

When asked who was going to play in net for the second game of the year, Coach Montgomery responded with a chuckle, “after a shutout victory, Bish is going in nets.”

“We gotta tighten up our D zone, taking away time and space, also protecting our netfront, our wings need to stop and start better, and our layers down low need to block out better,” Montgomery chimed in after the game.  Nothing is ever perfect, and the Stars have their eyes looking forward.

Rookies played great, new offseason acquisitions came to play, and Dallas’ superstars continued to be just that.  Captain Jamie Benn delivered the 3-0 winning Game Puck to head Coach Jim Montgomery. Coach was visibly impressed with the classy move by the veteran captain, but as always, there are some things to work on going into the next game with the giants of the West, the Winnipeg Jets.

Veteran defenseman Roman Polak looked strong out there, with his strength clearly portrayed throughout the game. Miro Heiskanen played like a seasoned veteran, with his first full shift lighting up the internet.  After making a strong play that almost resulted in a goal, with a pass to Tyler Pitlick, he skated back and broke up the Coyotes’ play as they tried to enter the Stars’ defensive zone.  He was 3rd in minutes amongst Stars defensemen, and will be a thrill to watch going forward.

Over half of the team finished the game with a point.  That’s a good thing considering the Stars’ top heavy scoring issues last season.  The Stars will take on the Jets Saturday.