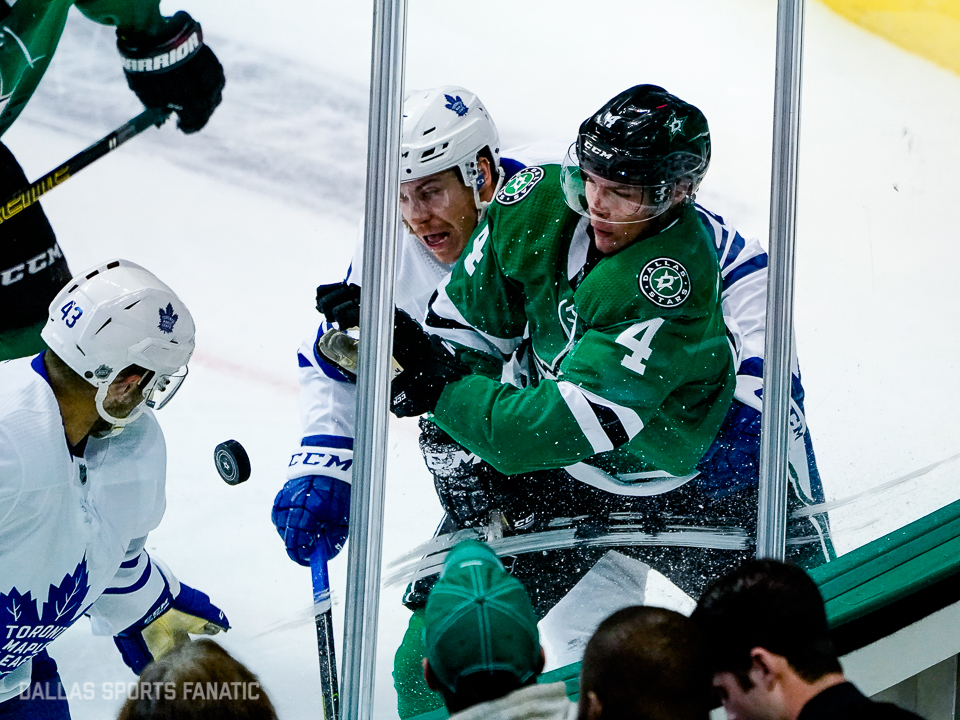 Stars stymied by Maple Leafs in a Lone Star shootout

Stars stymied by Maple Leafs in a Lone Star shootout

In what seemed like a constant game of cat and mouse, luck fell in favor of Toronto this evening. Second-period penalty trouble landed the Stars in a hole that became insurmountable.

Once again, lack of secondary scoring seems to haunt the Stars.  Standout rookie Miro Heiskanen was the Stars’ only player not in the starting lineup to register a point.

The NHL’s Third Star of the week (Ben Bishop) wasn’t quite as sharp as he was on his previous outings, although he did earn himself a rare assist by a goalie.

The first period ended 2-1 in favor of the Leafs.  Matthews appeared to have the puck on a string, controlling the play, and netting the third goal of the game (his sixth of the year) to put his team ahead.

Super Star Tyler Seguin opened up the scoring in the second period with his third of year from Lindell and goaltender Ben Bishop.  Galloping down the wing after racing to a chip off the boards, number 91 finished with a beautiful forehand shot, beating Leafs’ goalie Frederik Andersen glove side to tie the game.

The hometown ecstasy was quickly deflated as Auston Matthews scored his second of the game, on the Power Play, after a weak penalty by Stars’ captain Jamie Benn.  What ensued was another pair of goals from the Leafs, including their second power-play goal of the game by newly acquired John Tavares.

Jamie Benn finished off the period with his third goal of the year, assisted by Radulov and Seguin.  This left the Stars trailing 5-3 at the end of the period.

John Klingberg was able to open up the scoring in the 3rd, putting his team down by a goal.  Shortly thereafter Tavares got his second of the game, and the last goal of the night was by Toronto’s Connor Brown on the empty net.

Special teams appeared to be the catalyst this evening, as the Stars take their first loss of the season.  They outhit and outshot their opponents, and continued to show resiliency throughout the game, which appears to be promising signs of things to come.

Stars will take on the Ducks this Saturday at home.