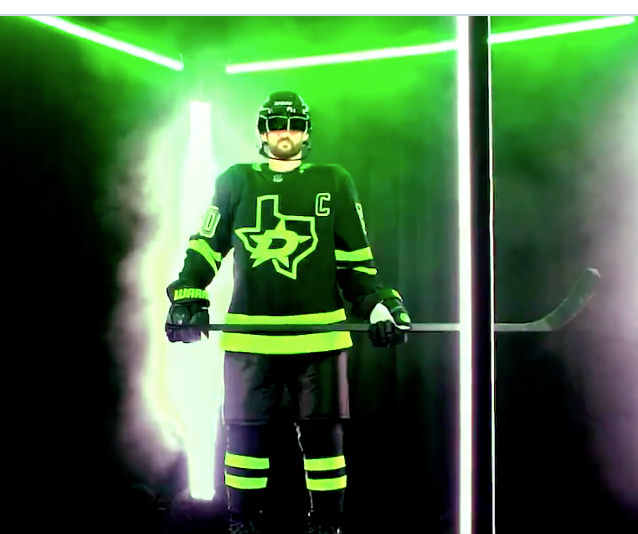 The long-rumored day has finally arrived.

The Dallas Stars unveiled a new look Wednesday, Tweeting a video unveiling its new black third uniform combination. Aside from its 2020 Winter Classic jerseys, this is the first change the team has made since its 2013 rebrand.

The look features a mainly black color scheme with neon green piping and similar stripes on the elbows, shins and lower chest. Perhaps the most prominent change is the apparent use of gray in the uniform numbers, in addition to the famous “Come And Take It” insignia on the collar. Dallas has only used Victory Green, White and Black in its uniforms since the rebrand.

The move also taps into Stars uniform history; Dallas used a black color scheme when the franchise relocated from Minnesota, in addition to a largely successful run in black from 2007-12.

Prior, the Stars were one of the few teams in the National Hockey League to only use its home and road uniform combinations. The Stars made minimal changes to their uniforms. the NHL switched suppliers from Reebok to Adidas in 2017. The league required each team to use only two uniforms in Adidas’ first season. After that, several teams slowly unveiled new looks, but Dallas chose to stay put until now.

There’s still no official word for when Stars fans could see the look on the ice for the first time. Despite a rumored January regular season start, there has been no official announcement from the league.